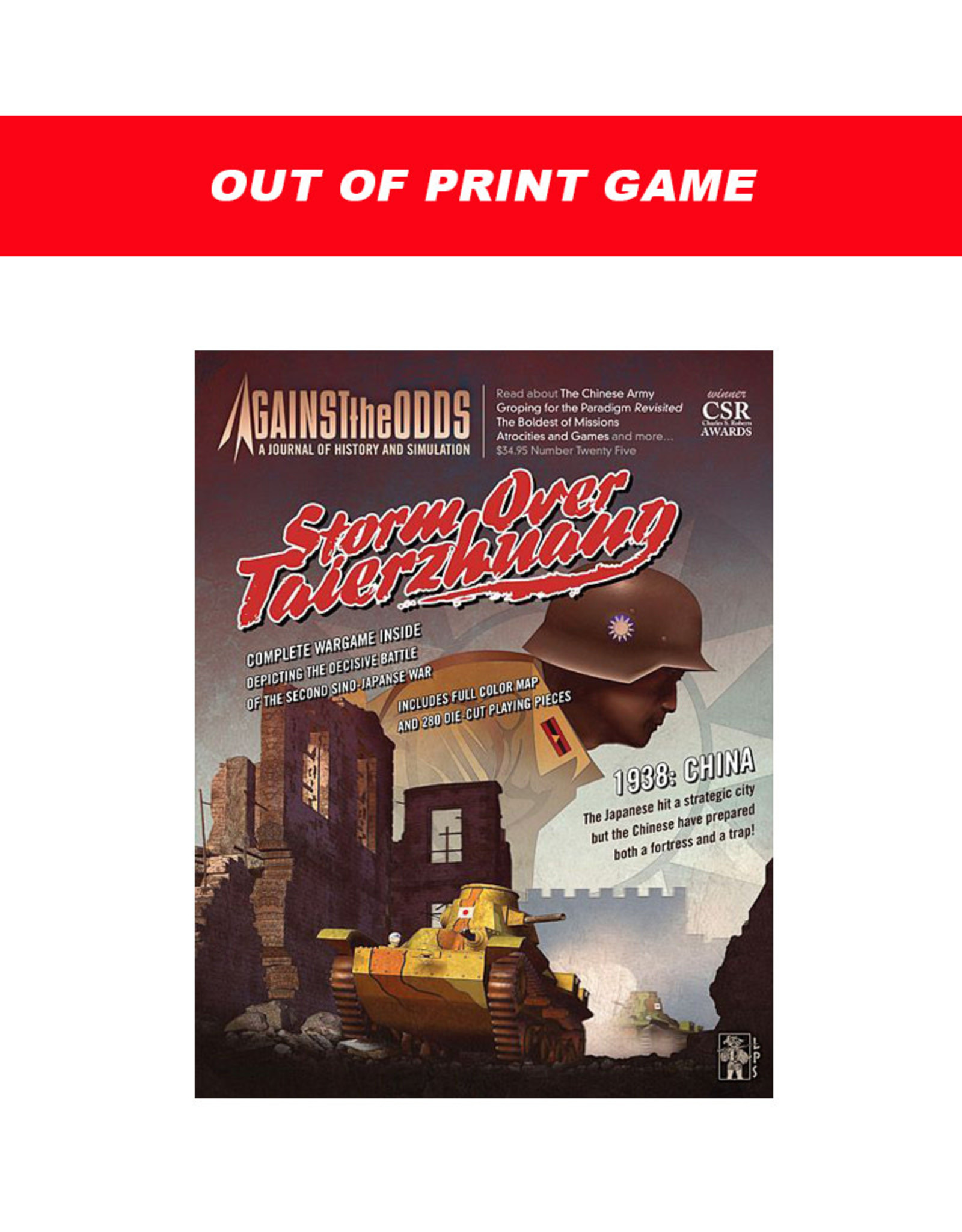 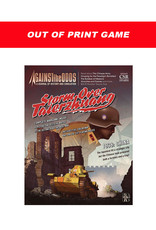 Storm Over Taierzhuang, 1938 China, a Game on a Strategic Battle in the Sino-Japanese War (Against the Odds #25)

Storm Over Taierzhuang is a two-player game simulating the Battle of Taierzhuang in early 1938. One player plays the Japanese Army and the other plays the Chinese KMT troops. The game is 13 turns long.

Simulates the most famous battle of the Second Sino-Japanese war 1937-1945 which the Japanese 10th division with 25,000 fanatical and well-trained and equipped men, backed up by large numbers of tanks, armored cars, artillery and planes, drove towards the town of Taierzhuang to pave the way for the conquest of the city of Xuzhou. The Japanese are opposed by the KMT 2nd Army Group and 20th Army consisting of 100,000 brave and tenacious soldiers with no tanks, little artillery and some aircraft, defending behind heavy fortifications and trenches.

The battle eerily resembles the Battle of Stalingrad some 4 years later, and it is said that General Chuikov's tactics at Stalingrad were inspired by this battle (Chuikov was an military adviser to Jiang Jie Shi (Chang Kai Shek) in 1940.

Awards & Honors
Add your review
0 stars based on 0 reviews