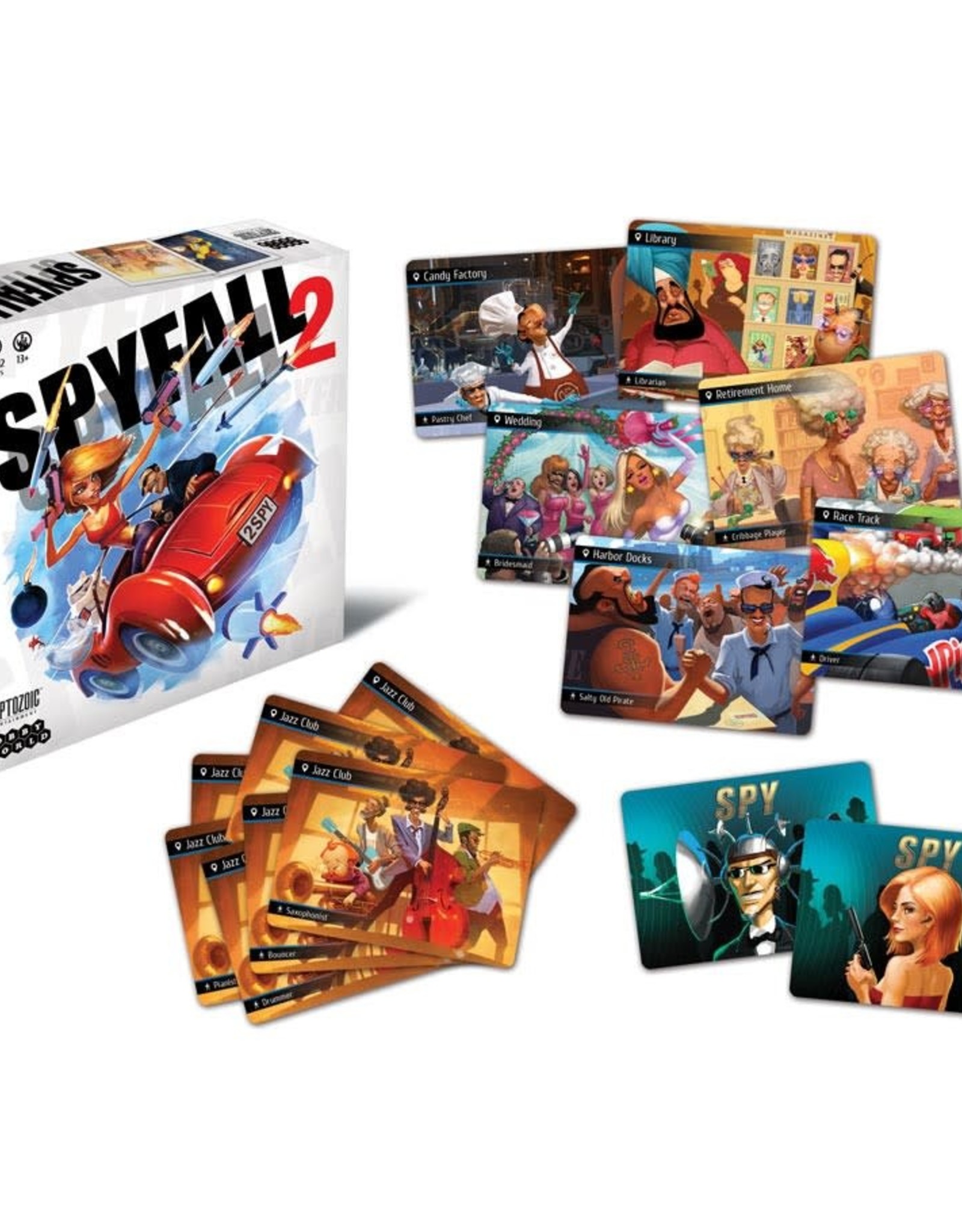 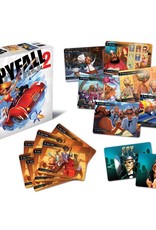 The hit social party game of 2015 & 2016 is back with more of everything you loved about the first game! More players, more spies, more locations, and more terribly vague answers to half-baked questions!SPYFALL is an easy-to-learn card game of bluffing, probing questions, clever answers, and suspicion. At the start of each round, players receive a secret card letting them know where they are - a vineyard, jail, coal mine, gas station (20 unique locations!) - Except that one player receives the SPY card instead of the location. The spy doesn't know where he is, but wins the round if he can figure it out before he blows his cover!New to this expansion:Now games might feature TWO SPIES! When one tries to guess the location, the other one takes a guess as well. Now up to 12 players can play at once! Bigger games means more finger-pointing and shenanigans. 20 new locations adds tons of crazy new fun!