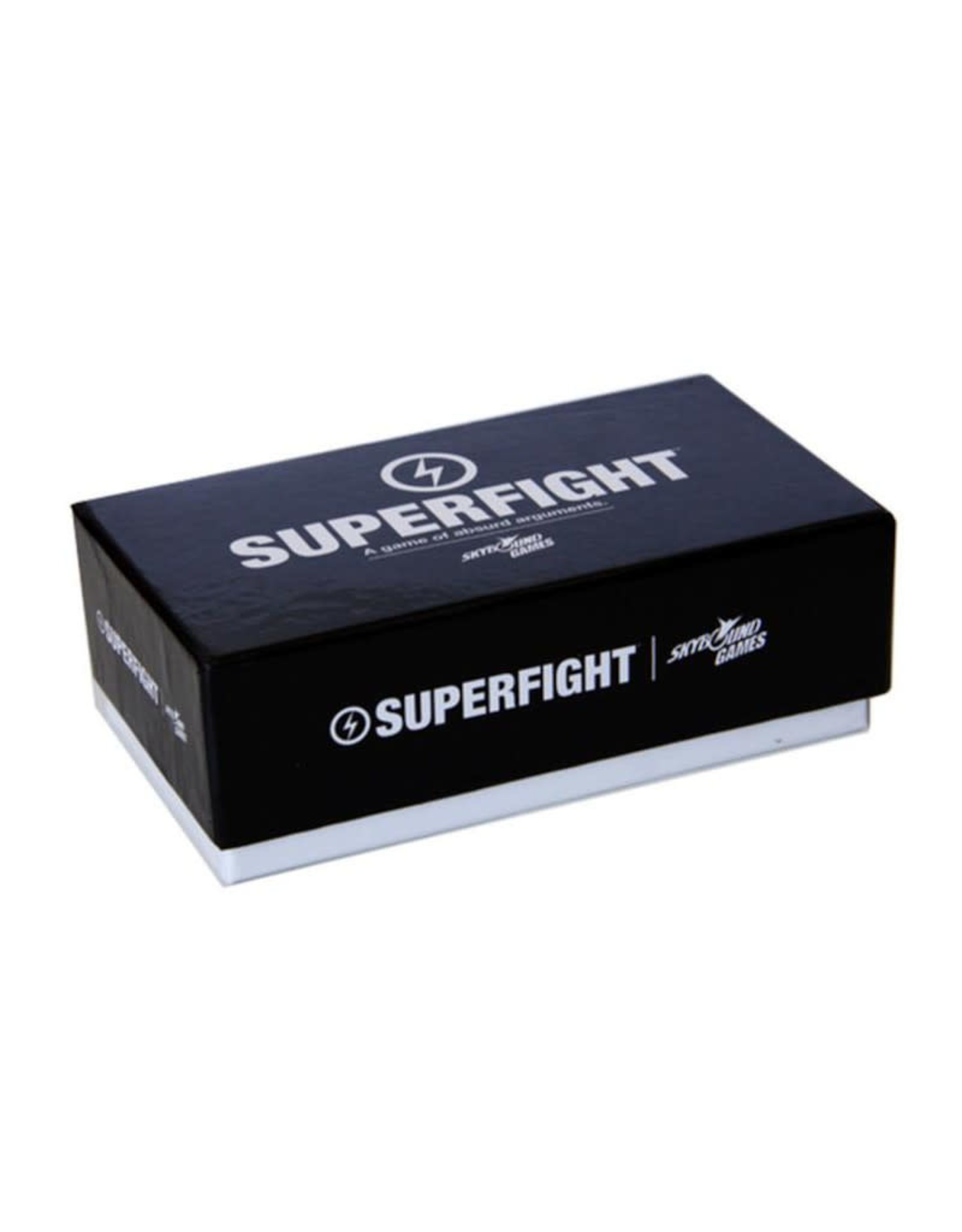 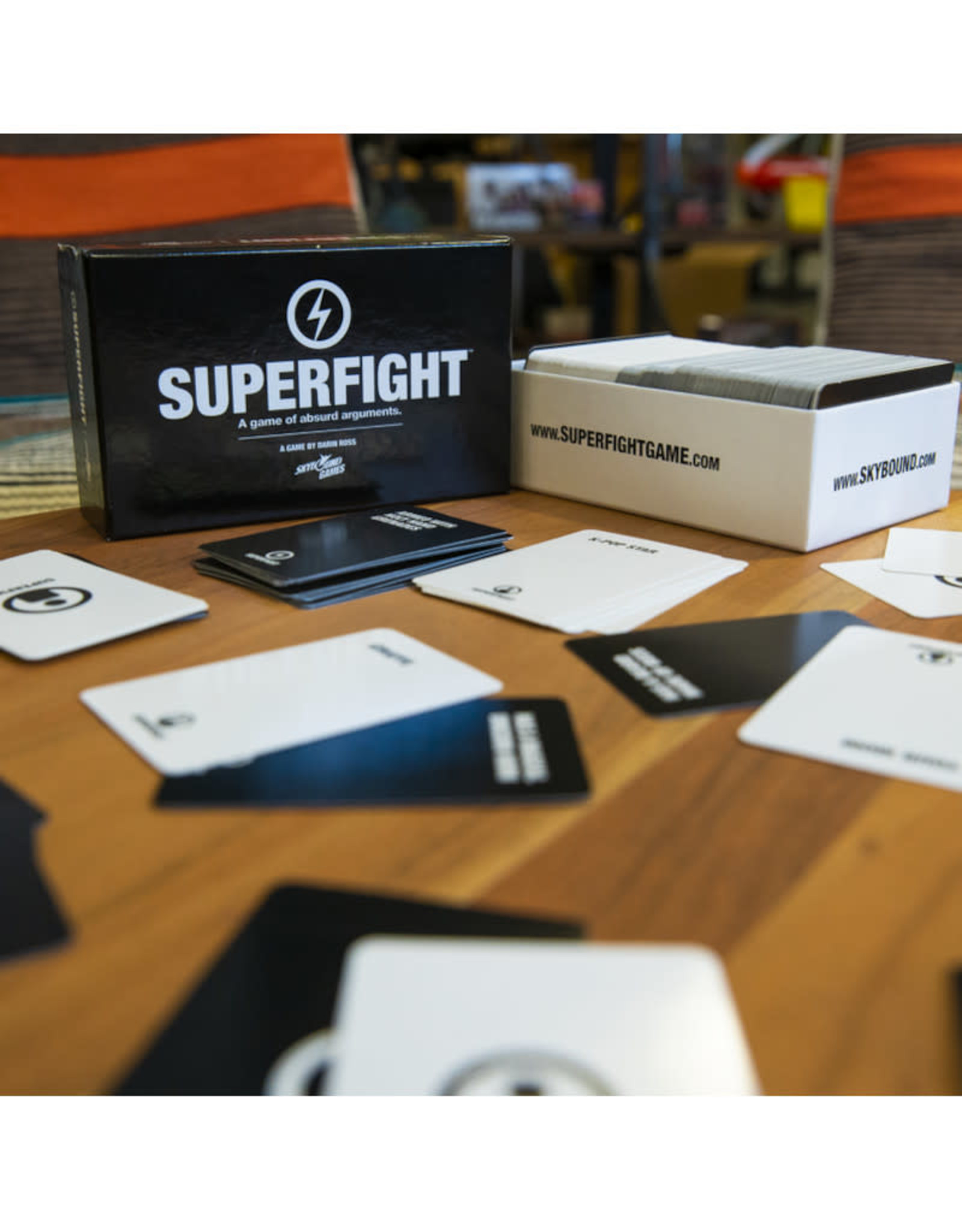 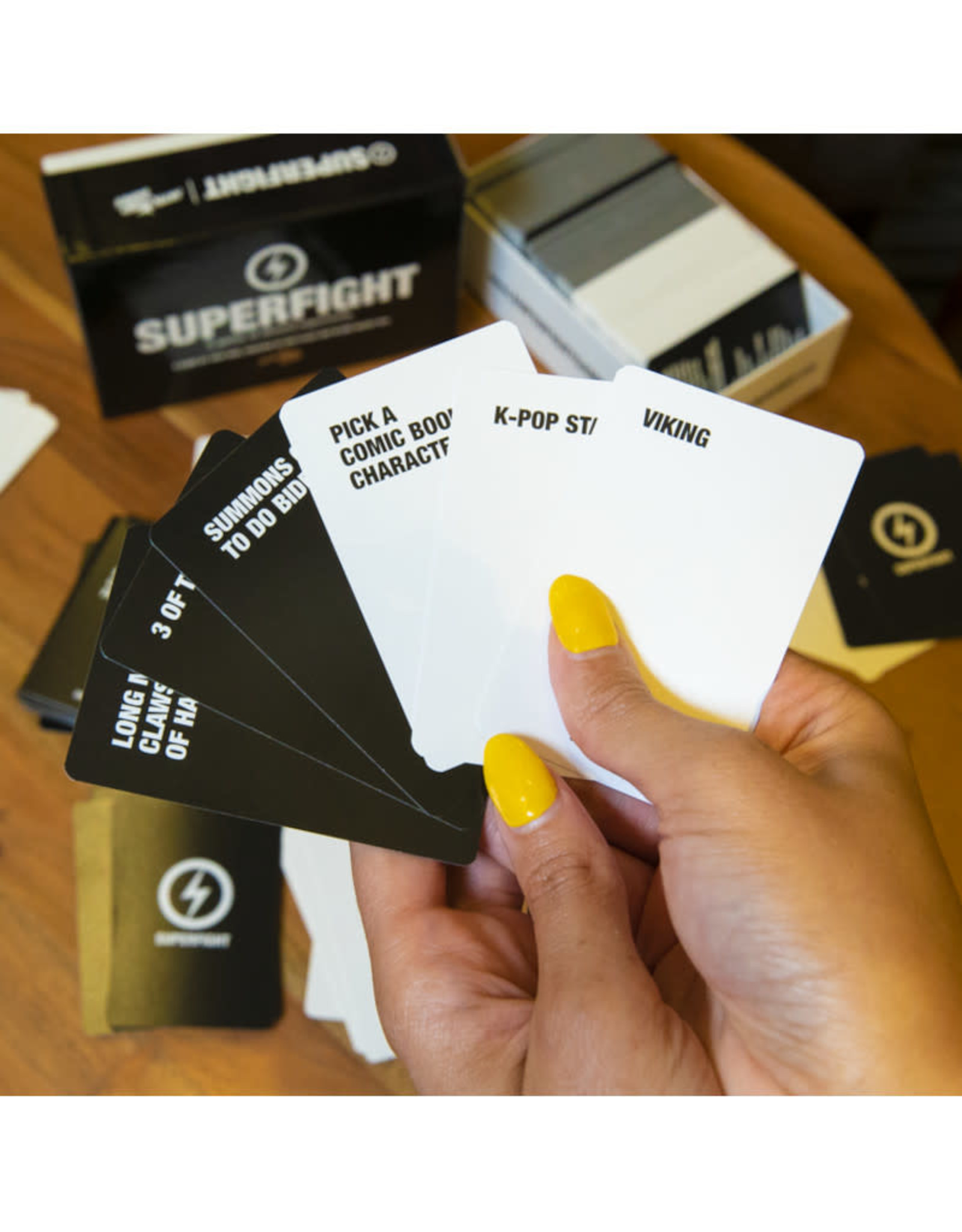 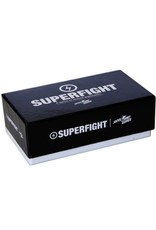 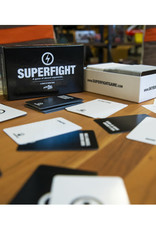 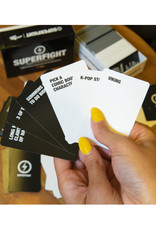 This is the main starter deck for Superfight

Superfight is a hilarious card game based on fights between characters with superpowers and super problems.  One deck contains characters, such as: Zombie, Child Beauty Pageant Queen, Shark, George W. Bush and the other deck contains powers and problems, such as:  Inside a Giant Hamster Ball, Super Speed, Can Turn Invisible While Singing Showtunes, Armed with a Chainsaw

Players create fighters from these cards, then argue with one another over who would win in a fight!