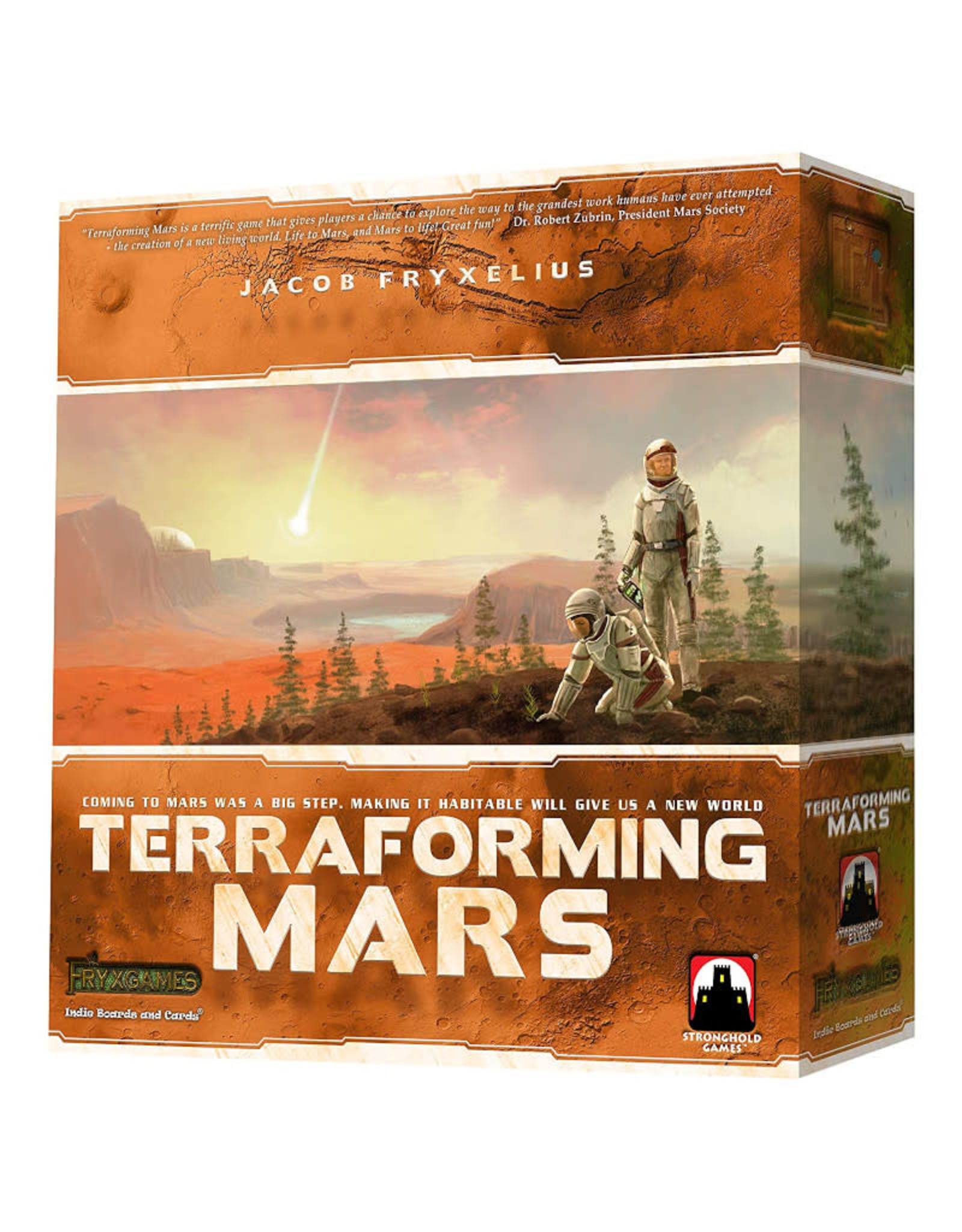 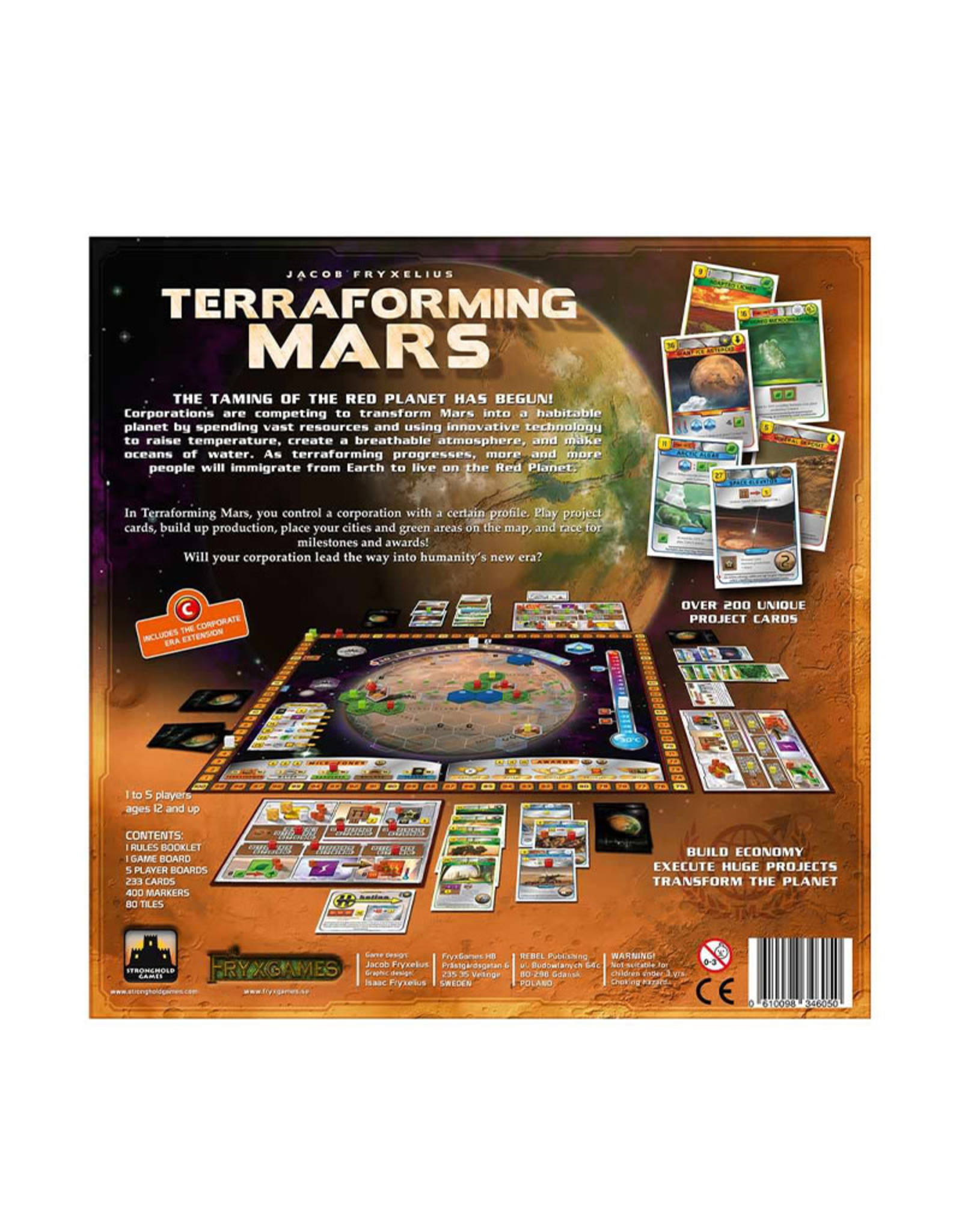 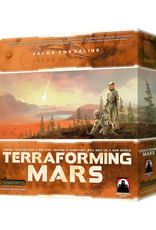 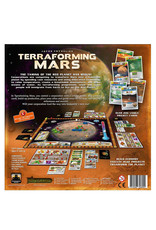 Terraforming Mars, a Game Where Corporations Compete to Transform Mars into a Habitable Planet (Stronghold Games)

In the 2400s, mankind begins to terraform the planet Mars. Giant corporations, sponsored by the World Government on Earth, initiate huge projects to raise the temperature, the oxygen level, and the ocean coverage until the environment is habitable.

In Terraforming Mars, you play one of those corporations and work together in the terraforming process. However, you must compete for prestige which is awarded not only for your contribution to the terraforming, but also for advancing human infrastructure throughout the solar system, earning awards, and achieving specific milestones. 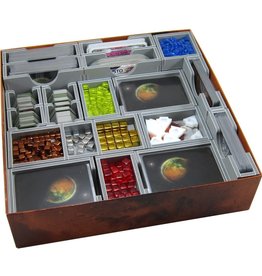 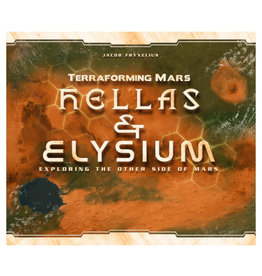 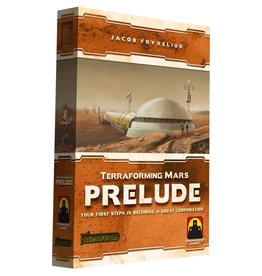