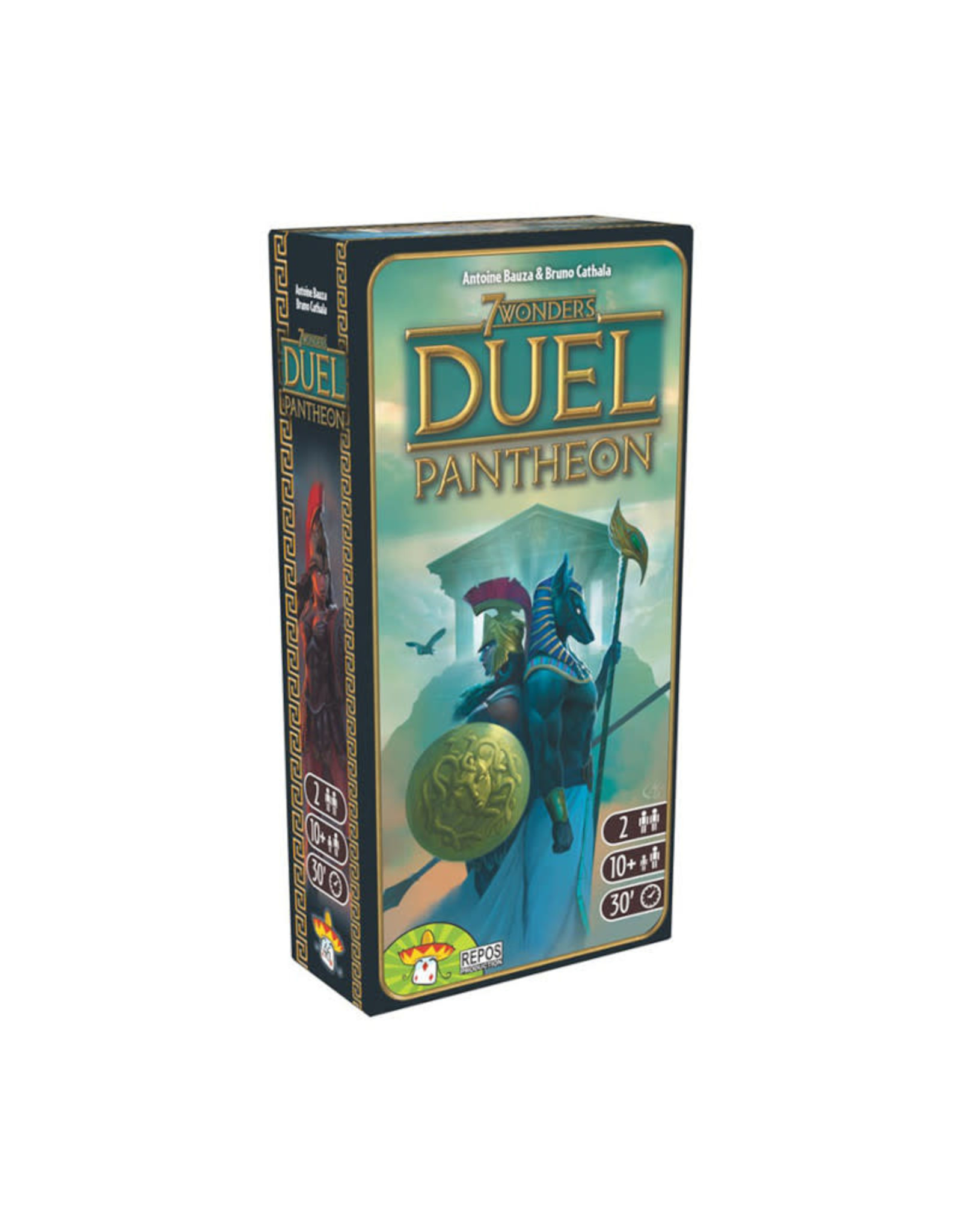 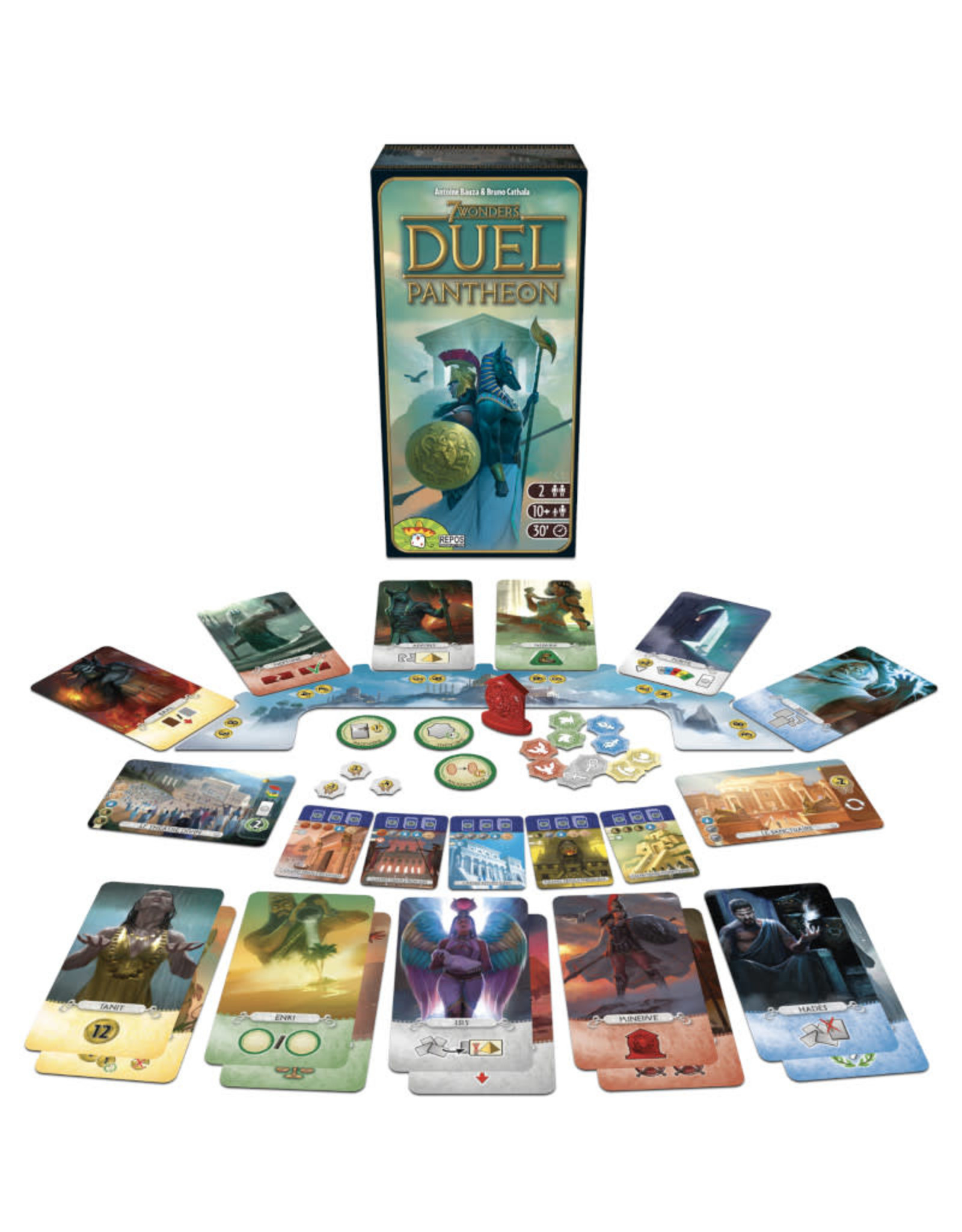 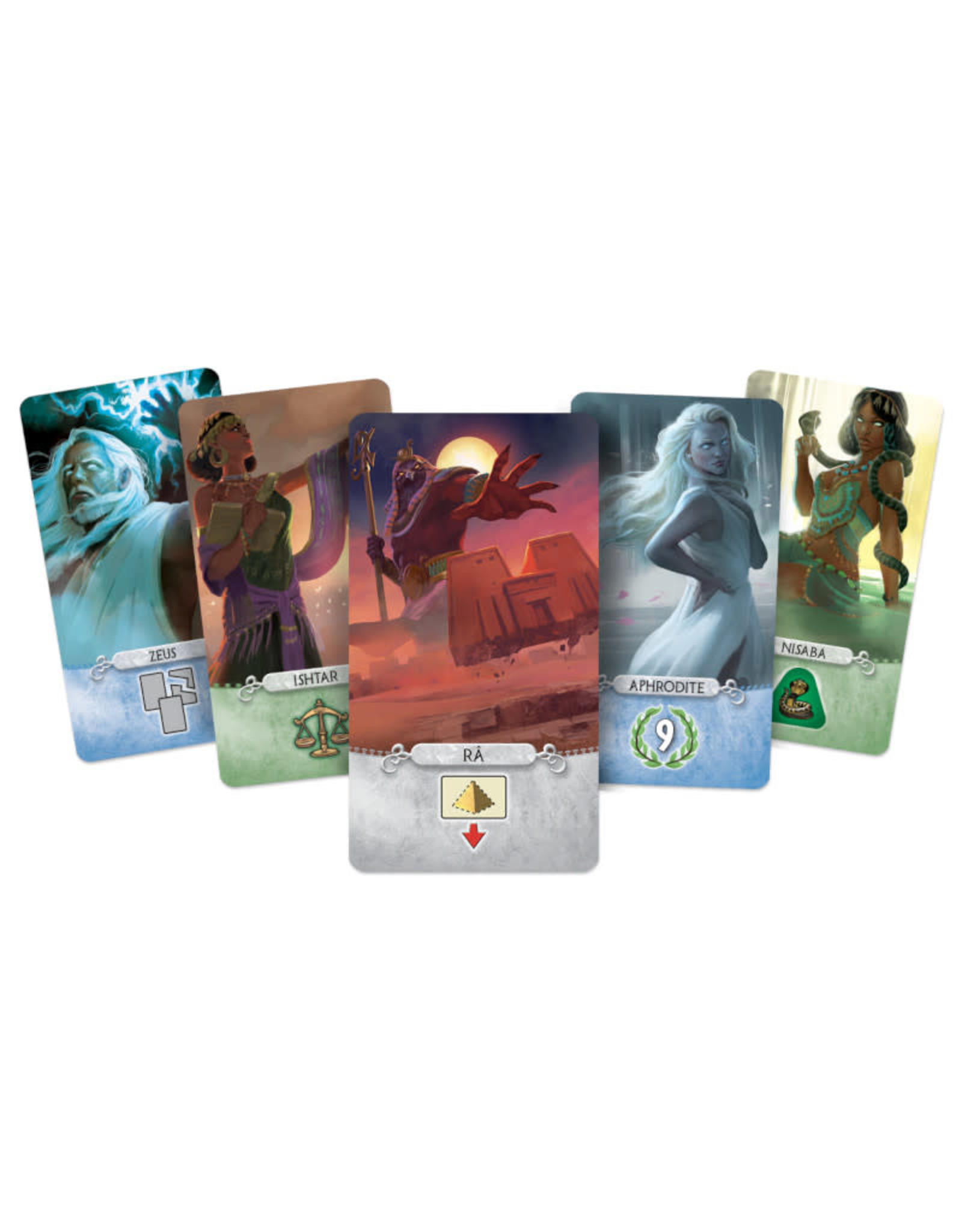 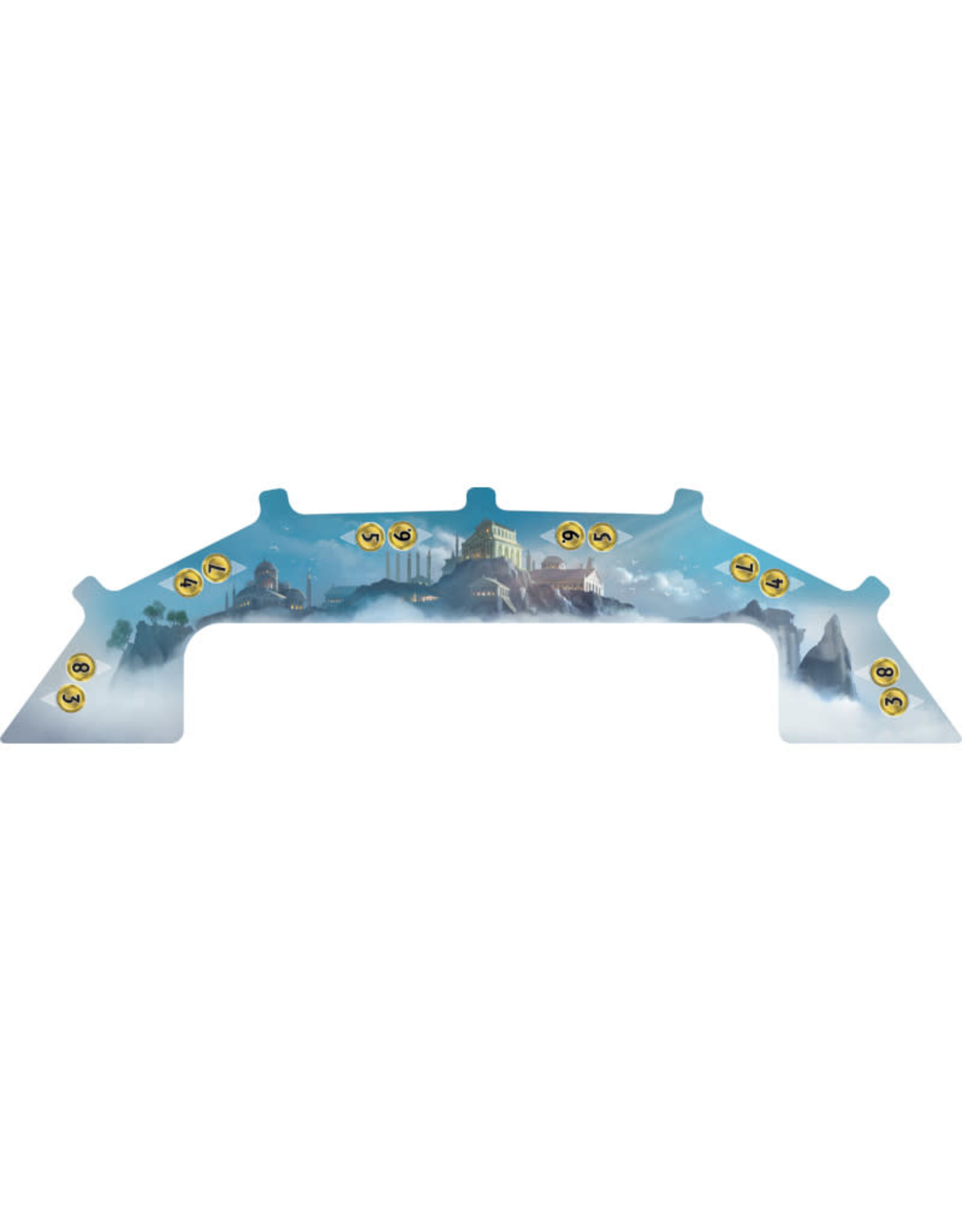 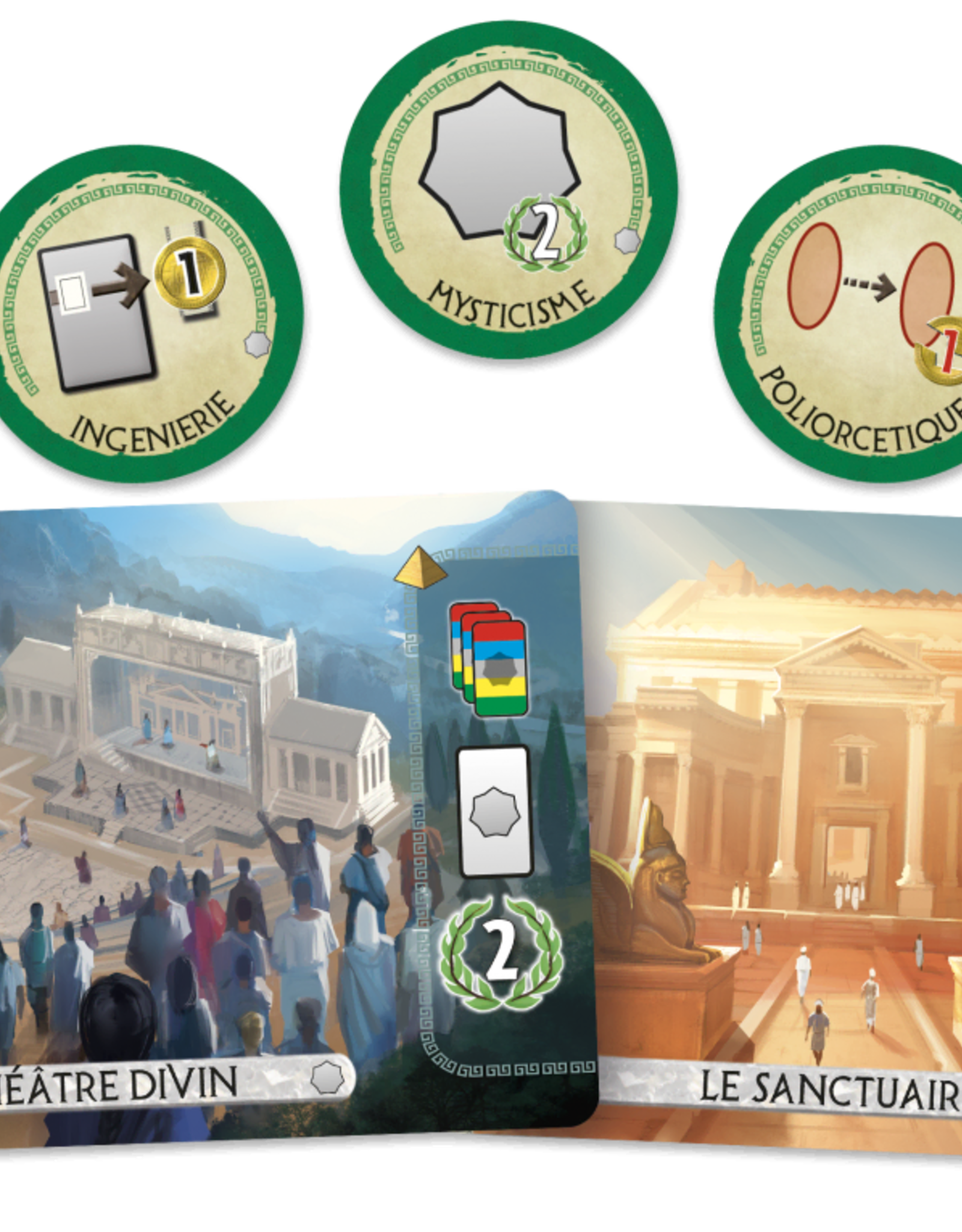 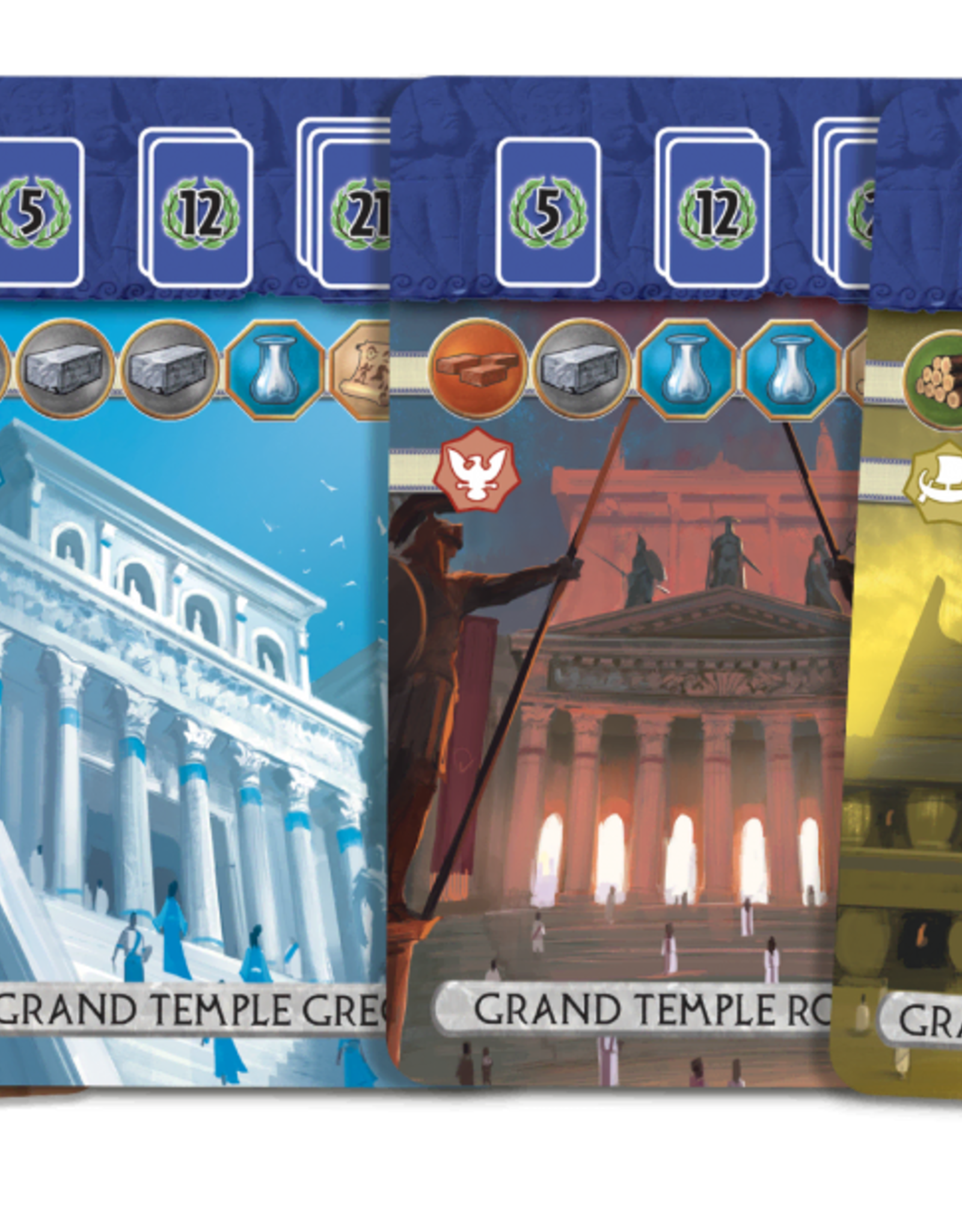 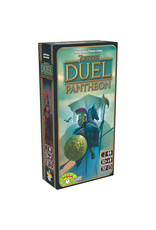 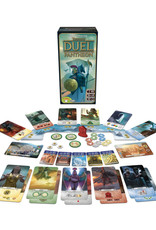 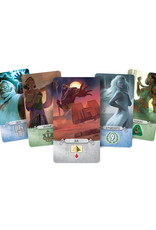 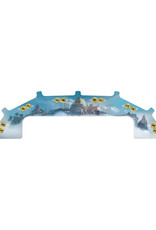 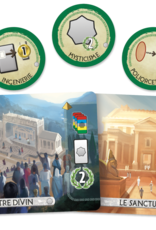 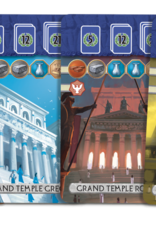 Requires the base set of 7 Wonders Duel

"Do not peer too closely at the secrets of the gods." (Aeschylus)

Obtain the favors of Divinities or suffer their wrath! Thanks to the Divinities of the Pantheon, you will change the rhythm of the game and trigger powerful powers.

This expansion for 7 Wonders Duel offers players the ability to invoke powerful Divinities to benefit from their powers. During Age I, the players will choose the Divinities they will be able to invoke during Ages II and III. Grands Temples make their appearance and are substituted for the Guilds.

Divinity Cards are separated into 5 different Mythologies each with a single focus: Greek (civi l ian), Phoenician (commercial), Mesopotamian (scientific), Egyptian (wonder), and Roman (military).  The Pantheon board represents the Pantheon in which the various Divinities are seated.  Two new Wonder cards and three progress tokens are added to the mix. The Grand Temples represent Buildings which are worth victory points. They take the place of Guilds during Age III. 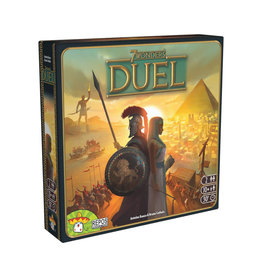 7 Wonders Duel - Compete Against Your Rival to Build the Most Advanced Civilization (Repos).
Add to cart
7 Wonders Duel
$34.99