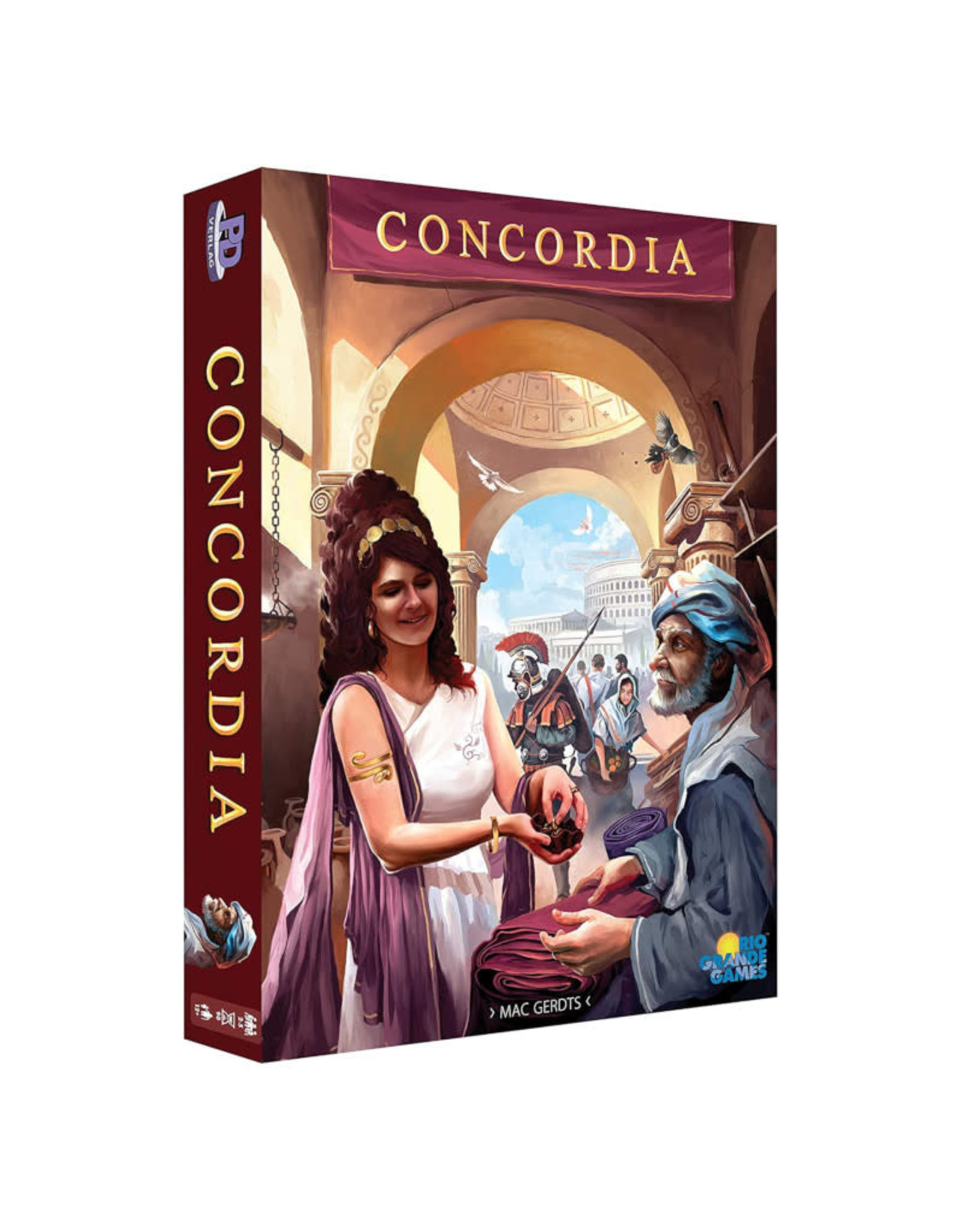 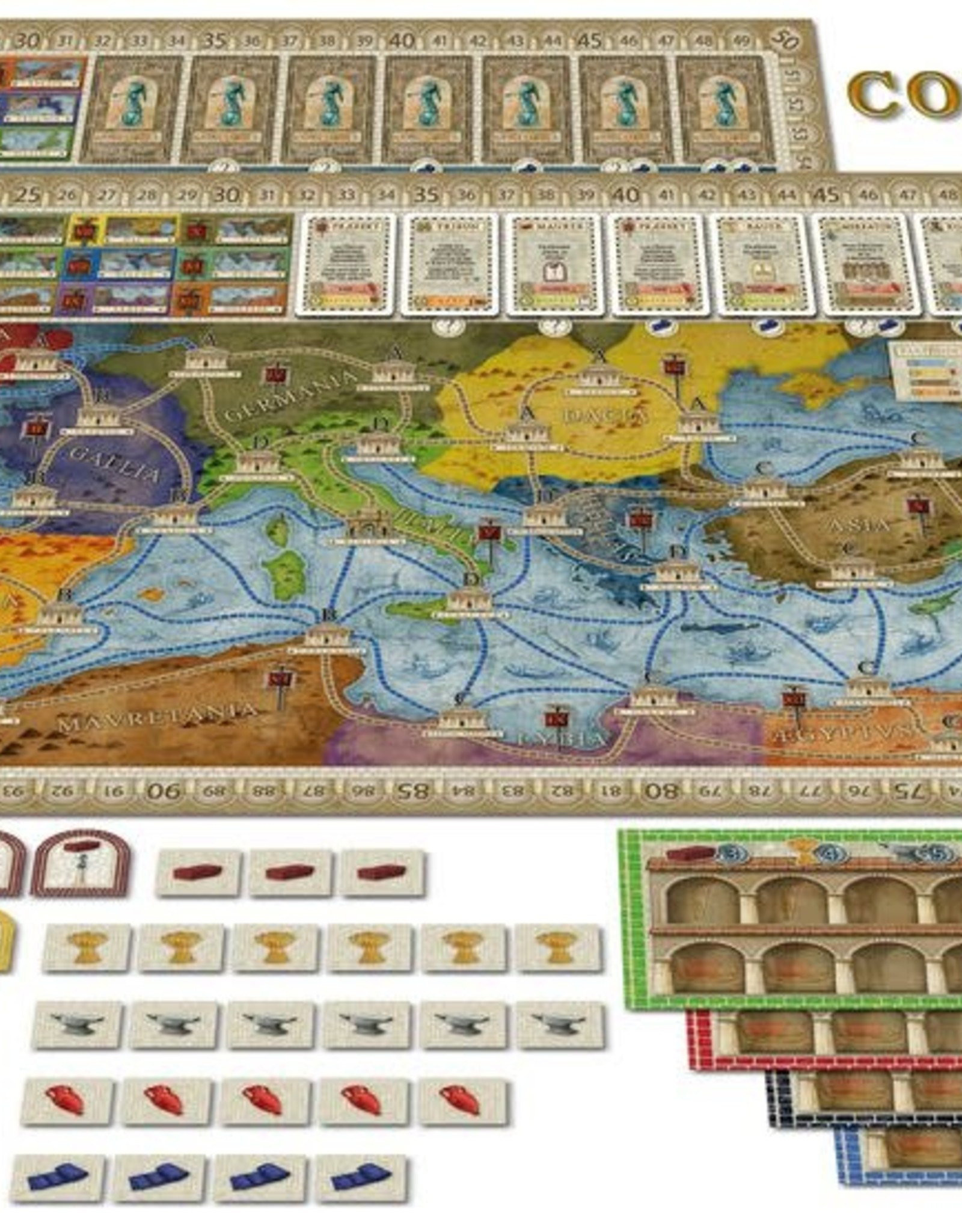 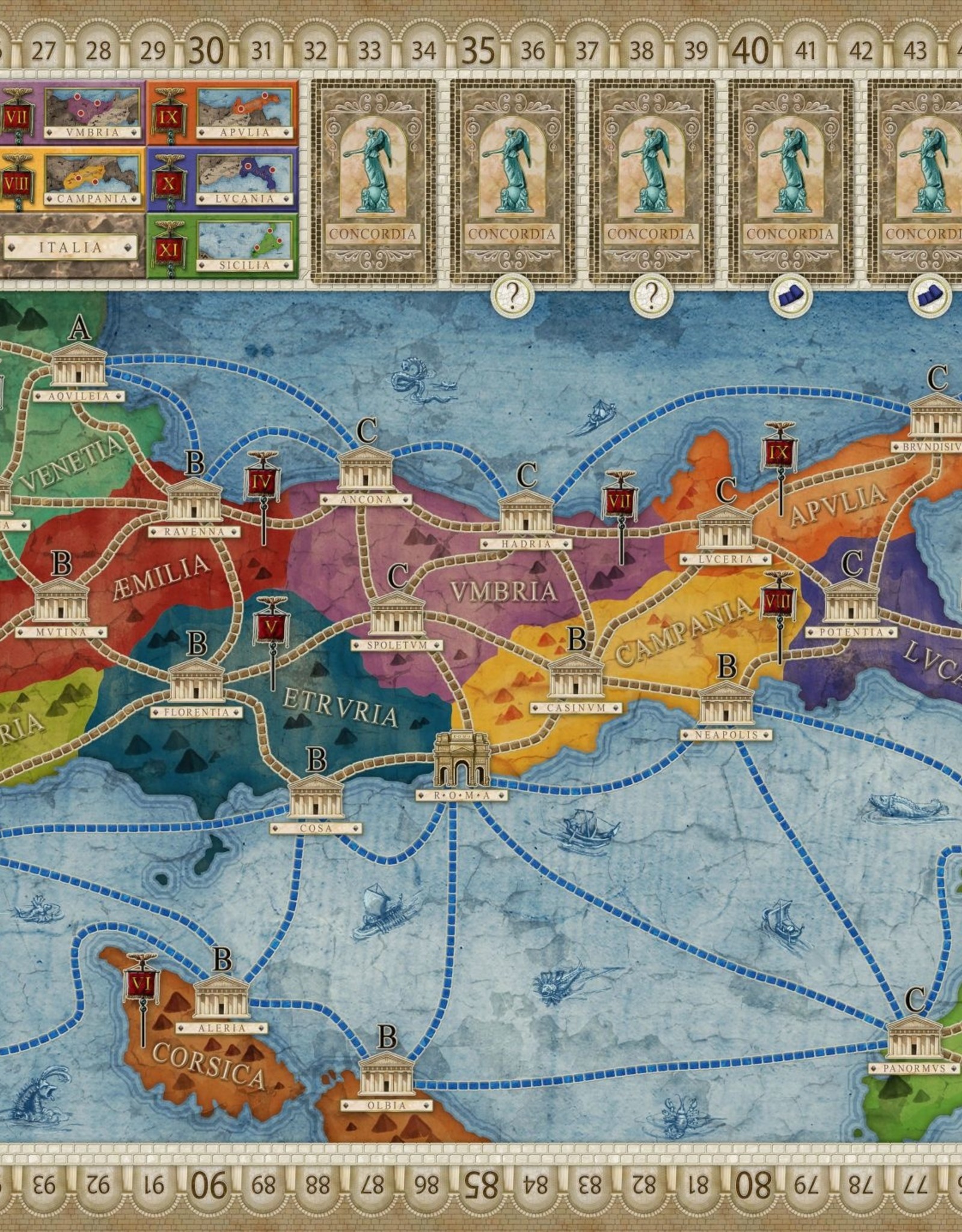 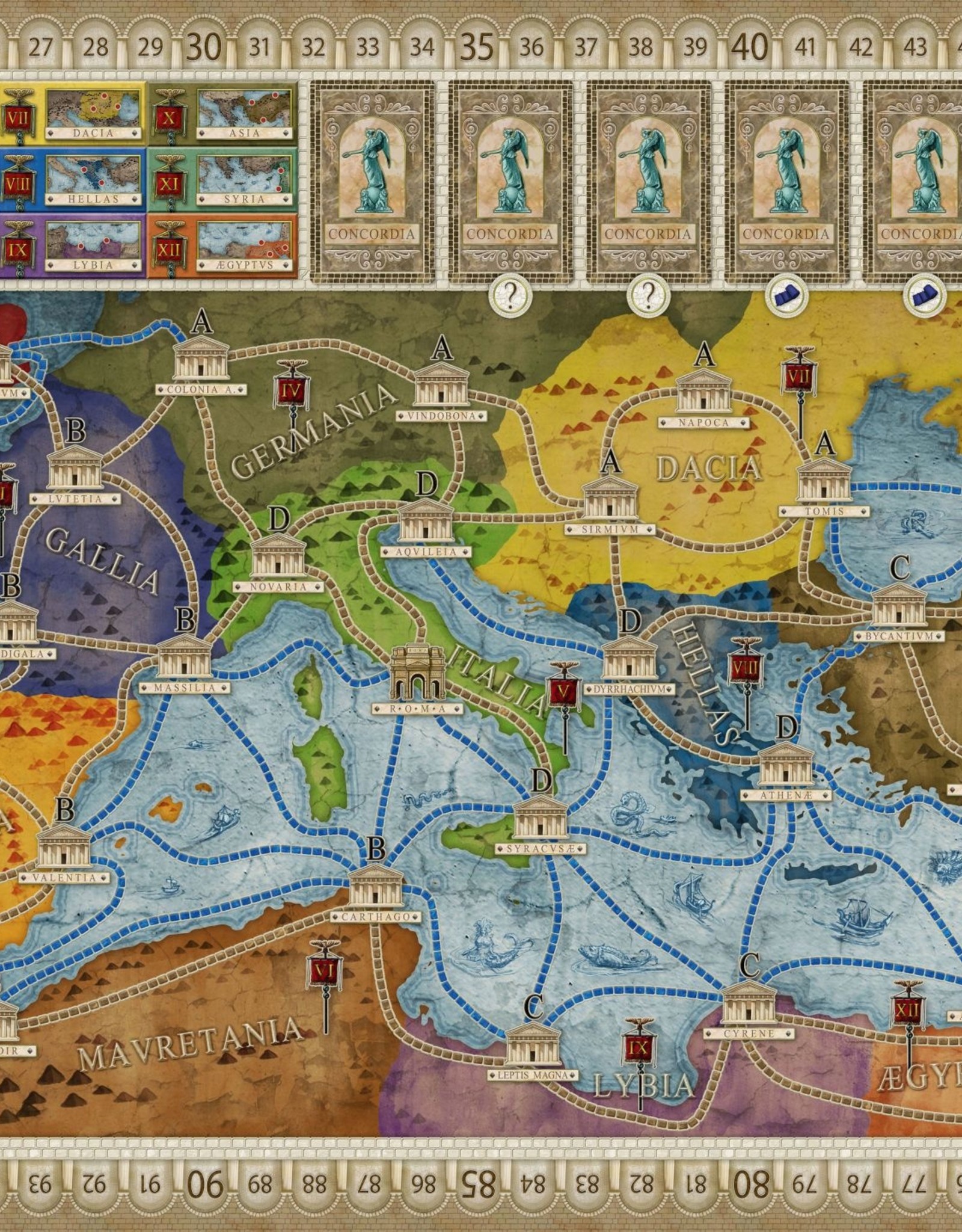 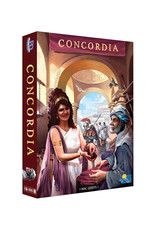 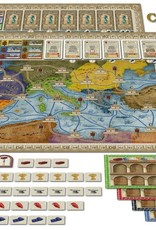 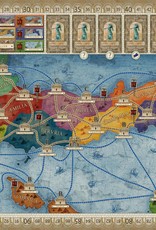 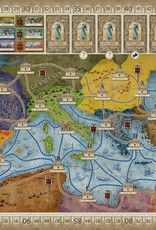 CONCORDIA is a peaceful strategy game of economic development in Roman times for 2 to 5 players age 14 and up. Instead of luck of dice or cards, players must rely on their strategic abilities. Be sure to watch your rivals to determine which goals they are pursuing and where you can outpace them!

2,000 years ago, the Roman Empire ruled the lands around the Mediterranean Sea. With peace at the borders, harmony inside the provinces, uniform law, and a common currency, the economy thrived and gave rise to mighty Roman dynasties as they expanded throughout the numerous cities. Guide one of these dynasties and send colonists to the remote realms of the Empire; develop your trade network; and appease the ancient gods for their favor – all to gain the chance to emerge victorious!

There are several expansions available for Concordia.  Once you have mastered the base game, look for many more maps and versions available anywhere fine games are sold. 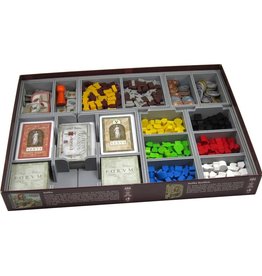 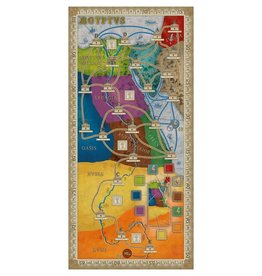 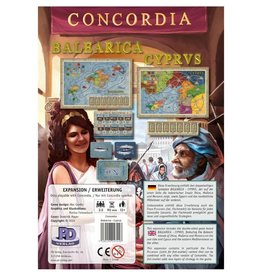 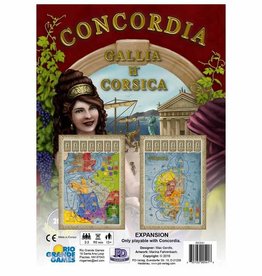 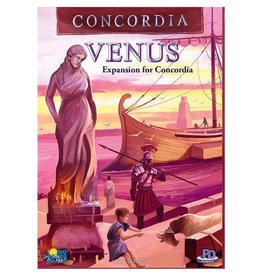