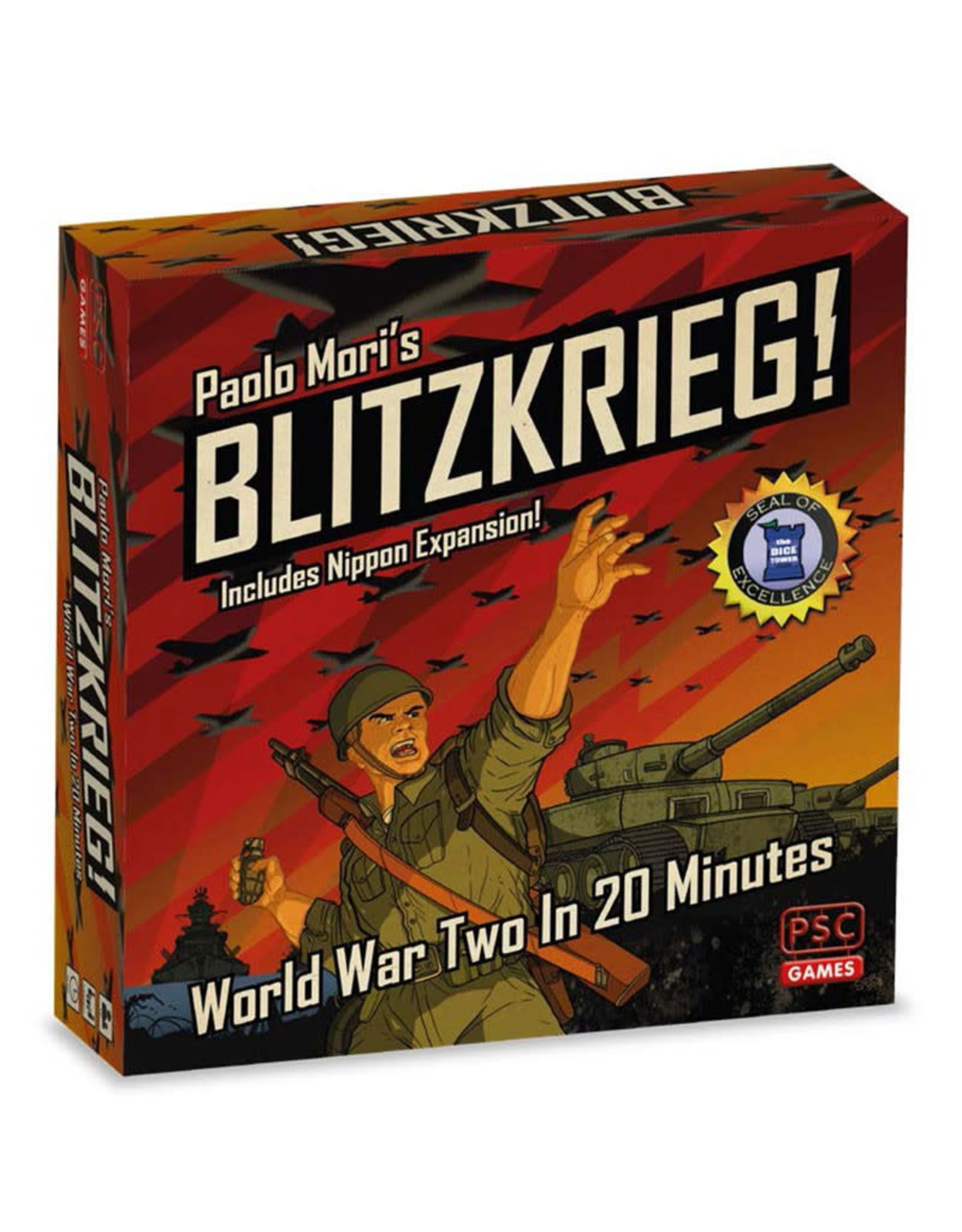 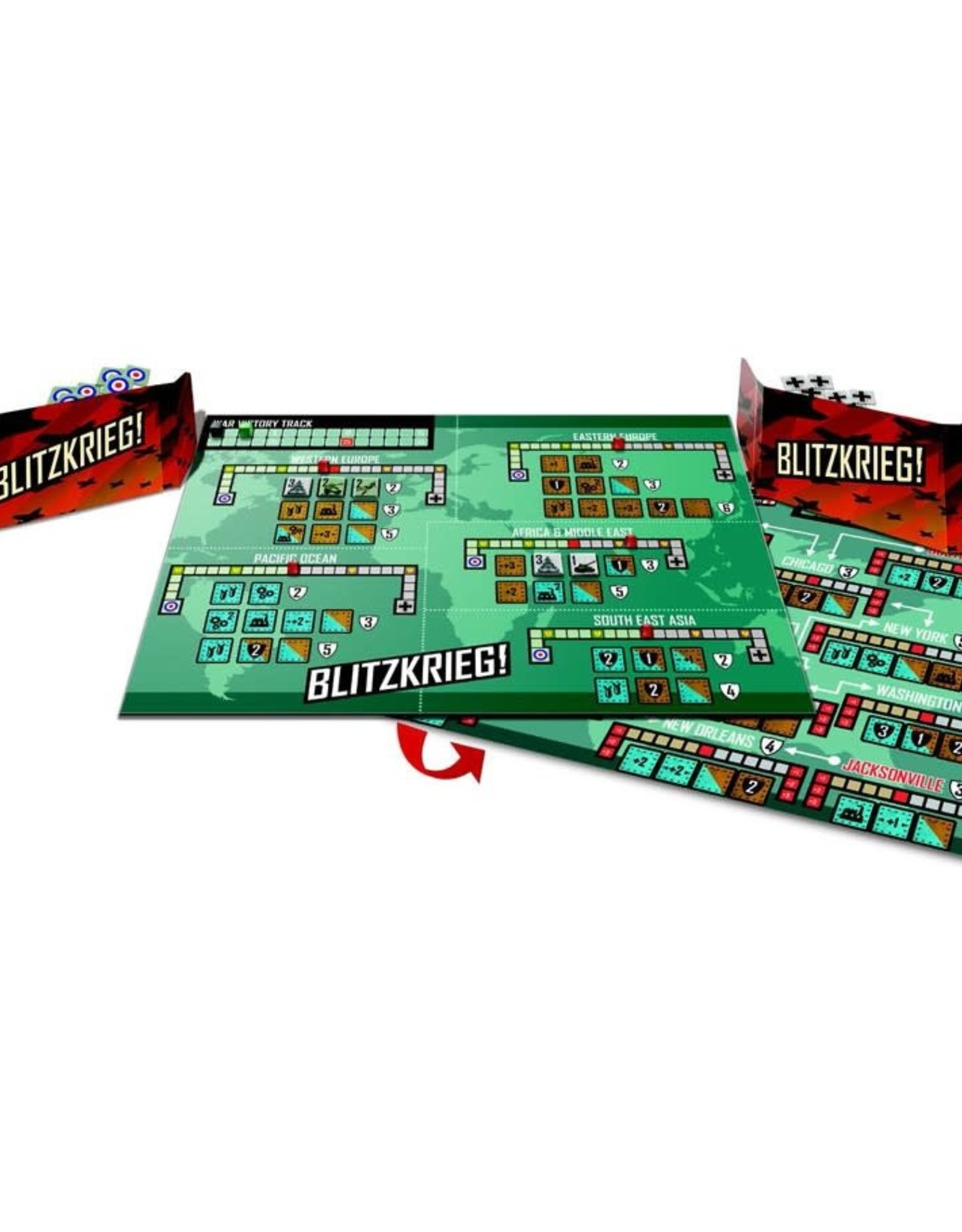 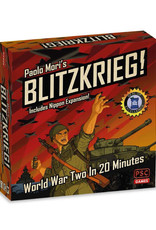 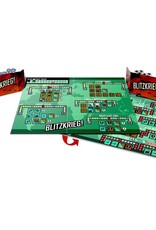 The perfect wargame for non-wargamers! Two players battle across the war’s most iconic theatres, winning key campaigns and building their military might.

The Nippon Expansion adds a new challenge to Blitzkrieg! What if the Axis coalition had won World War Two, and Germany invaded and occupied the United States of America? And … what if Japan then turned on its former ally and invaded German-held America? With the help of Godzilla?