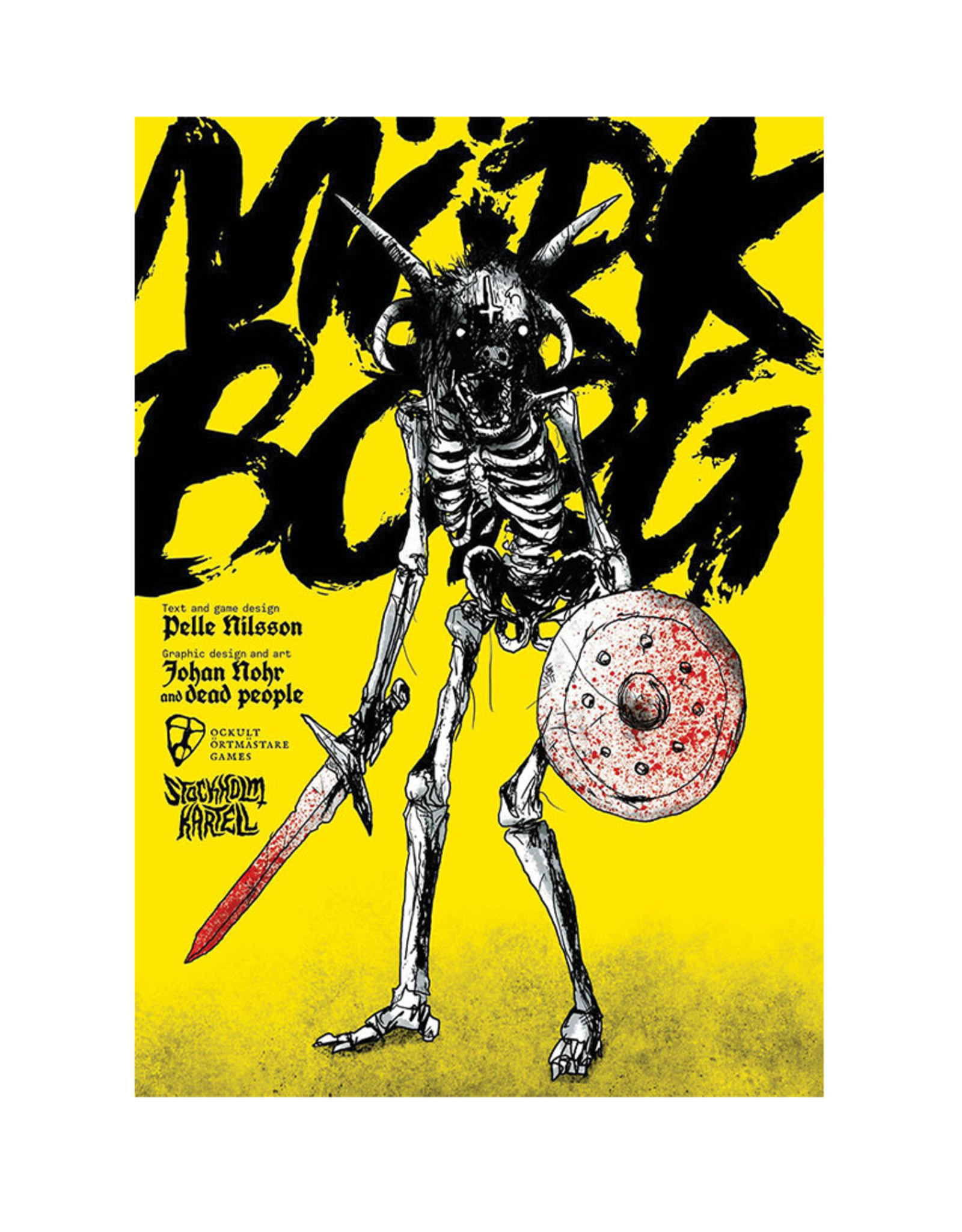 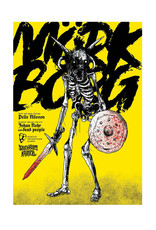 A doom metal album of a game. A spiked flail to the face. Light on rules, heavy everything else. MÖRK BORG is a pitch-black apocalyptic fantasy RPG about lost souls and fools seeking redemption, forgiveness or the last remaining riches in a bleak and dying world. Who are you? The tomb-robber with silver glittering between cracked fingernails? The mystic who would bend the world’s heart away from it’s inevitable end? Confront power-draining necromancers, skulking skeletal warriors and backstabbing wickheads. Wander the Valley of the Unfortunate Undead, the catacombs beneath the Bergen Chrypt or the bedevilled Sarkash forest. But leave hope behind - the world’s cruel fate is sealed, and all your vain heroic efforts are destined to end in death and dismay. Or are they? MÖRK BORG is a complete game in the OSR genre, that can be played as is or be picked apart for use in your own homebrew. The rules are easily made compatible with most of the editions of the world’s largest role-playing game.

Within the book you’ll find:
• A brief look at this dying world. From The Two-Headed Basilisks’ gothic cathedral in Galgenbeck and Blood-countess Anthelia’s limestone palace, to the fields of death in Graven-Tosk and the barren wastes of Kergüs.
• The Calendar of Nechrubel, that decides the speed of the world’s demise.
• 20 occult Powers that let you bend reality, and just as many magical catastrophes for when you disastrously fail.
• Optional rules which brings more depth to the game. Omens let you turn bad luck into a slightly better one. Classes with unique traits and quirks, and tables that will bring life into your character.
• 12 creatures to be murdered by.
• Game master tools such as tables for corpse plundering, occult treasure, adventure sparks, dungeon generating and other devilry.
• The introductory dungeon crawl scenario Rotblack Sludge, where you investigate a forgotten part of the Shadow King’s enormous ruin palace. Cannibal warlocks, poison peddlers from beyond the void and hungry gutworms await.