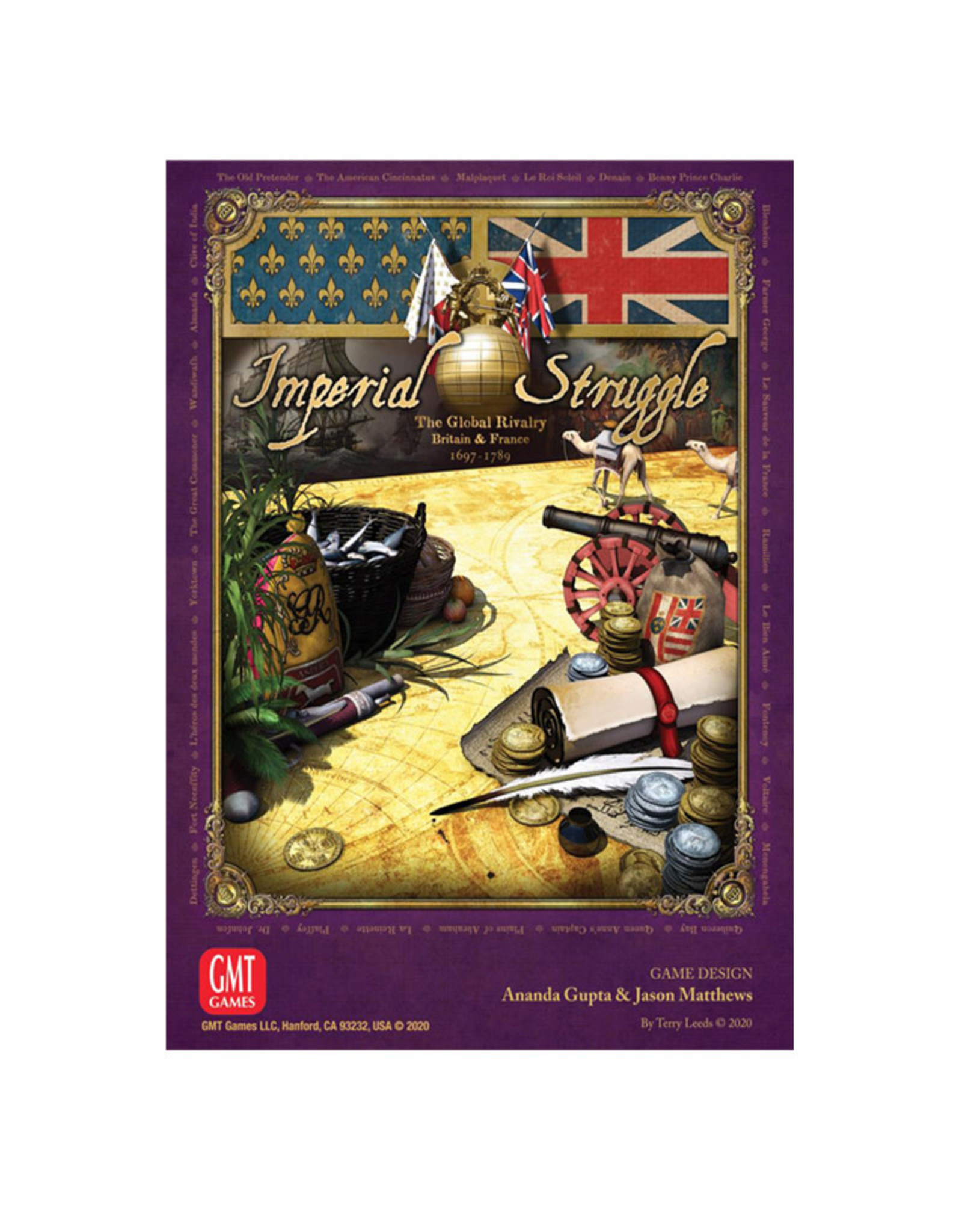 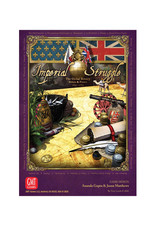 Imperial Struggle, a Game of Colonial Conflict and Empire-Building Between France and Britain in the 18th Century (GMT Games)

Designed by the award-winning Twilight Struggle team of Ananda Gupta and Jason Matthews, Imperial Struggle covers the whole span of the global 18th Century rivalry between Britain and France. From the beginning of the game, the stakes couldn`t be higher: in the War of the Spanish Succession, France fights to become the world`s first global superpower by uniting its peerless army with Spain`s colonial wealth... all the way to the end, where the British struggle to maintain control over the vast North American territories.

Imperial Struggle is a low-complexity game that can be finished by experienced players in a short evening. It is not a card-driven game in the sense that cards do not determine the entire scope of player actions each turn; rather, players must combine the Investment Tiles, accessible to each of them, with the Events, which are secretly held. Additionally, Imperial Struggle has no die rolling. The randomness in the game comes from three sources: the Investment Tile deal each peace turn, the initial military strength in each theater of war, and each player’s Event draws.

As France, will you forge a French Raj and dominate eastern trade? As Britain, will you retain control of the American colonies? Will the French Revolution fulfill its promise as the ultimate realization of the Enlightenment, eclipsing the American one in importance and impact? Will Britain dominate trade and industry on the sails of the Royal Navy? How will your Imperial Struggle unfold?