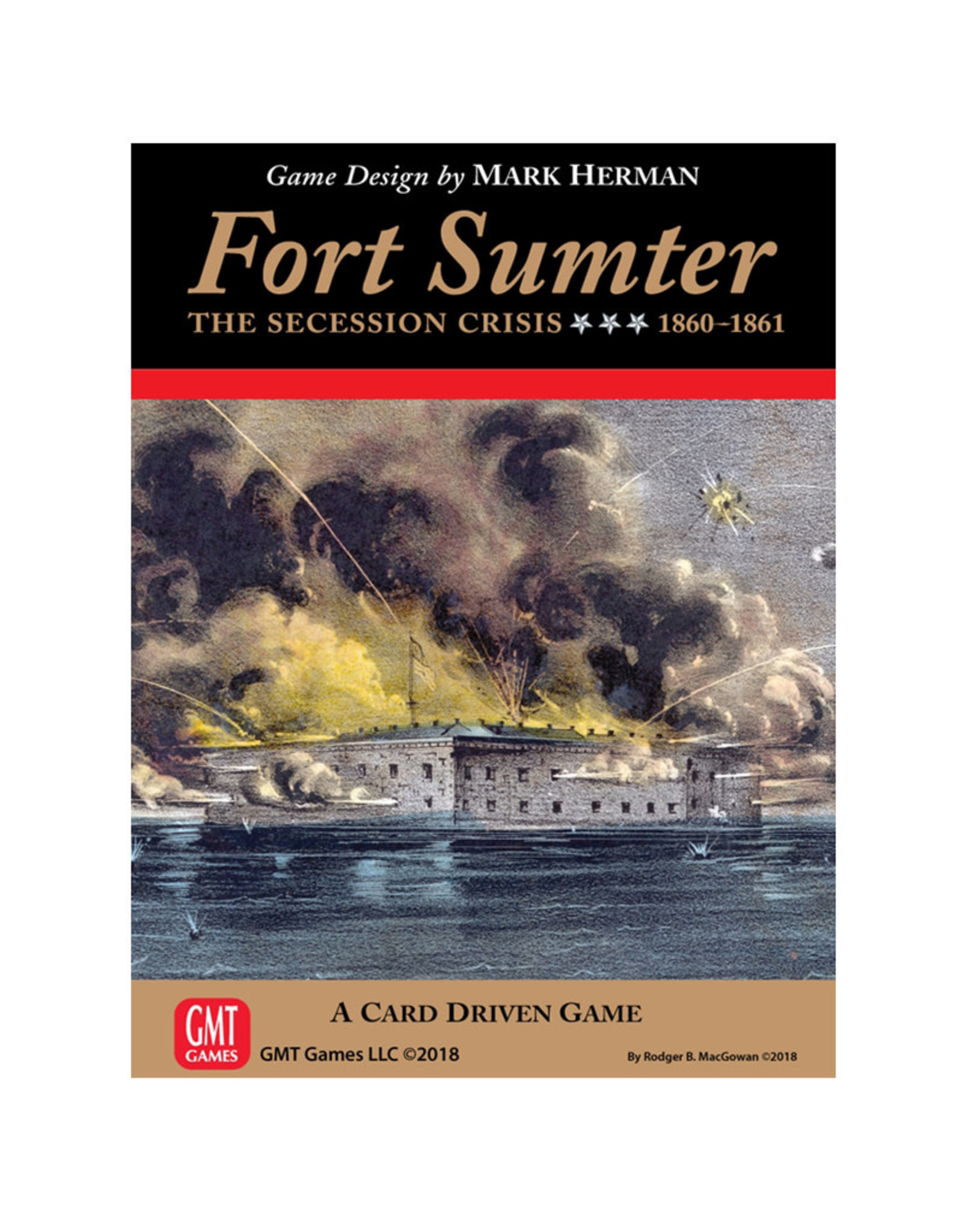 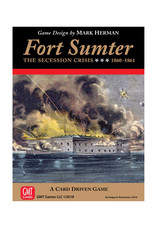 Fort Sumter, a 2-Player Card Driven Game (CDG) About the 1860 Secession Crisis that Led to the American Civil War

Fort Sumter is a two-player Card Driven Game (CDG) portraying the 1860 secession crisis that led to the bombardment of Fort Sumter and the American Civil War. Fort Sumter is a small footprint game (14x20” mounted map) that takes approximately 25-40 minutes to play. The game pits a Unionist versus a Secessionist player. Each player uses the area control mechanic to place, move, and remove political capital. The location of political capital determines who controls each of the four crisis dimensions (Political, Secession, Public Opinion, and Armaments). After three rounds of play, the game culminates in a Final Crisis confrontation to determine the winner.

The heart of the Fort Sumter design is a CDG system where you use Strategy cards for their value or historic event to acquire political capital from the crisis track. Political capital tokens are used to compete for control of the twelve map spaces. Here the likes of William Lloyd Garrison, Sam Houston, Jefferson Davis, and Harriet Beecher Stowe walk on stage, while the Southern states dissolve the Union.

Can you drive the Secessionist into the Fort Sumter trap that gave Lincoln his historic victory? Can you successfully use the issue of States Rights to divide Northern opinion? Fort Sumter let’s you explore this seminal moment in American history in a fast-playing, easy-to-teach game.