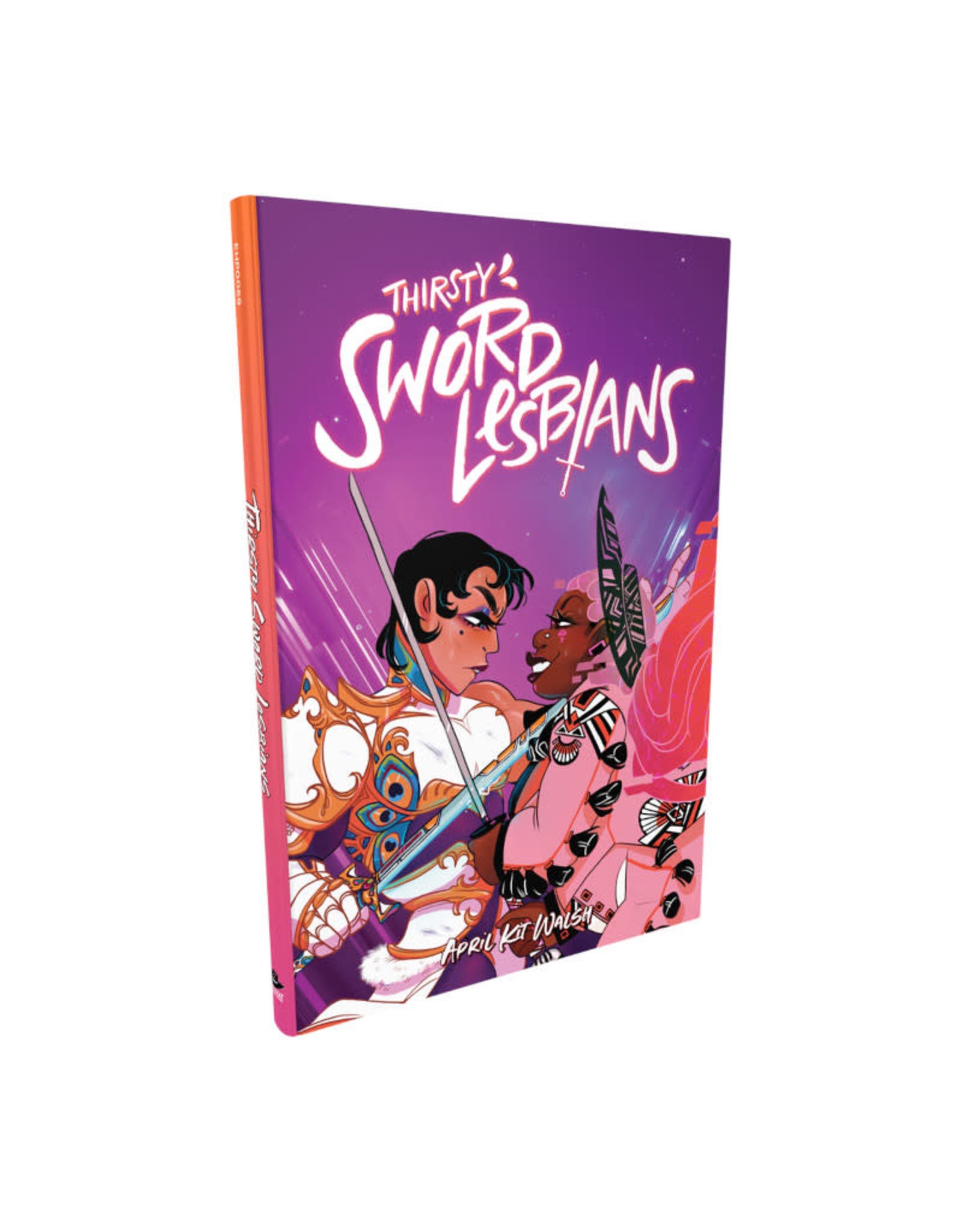 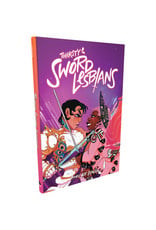 Thirsty Sword Lesbians battle the Lady of Chains when her enforcers march down from the frosty north. They rocket through the stars to safeguard diplomats ending a generations-old conflict. Even when swords are crossed, they seek peace with their opponent—and sometimes connect more deeply than anyone expects.

A sword duel can end in kissing, a witch can gain her power by helping others find love, and an entire campaign can be built around wandering  matchmakers flying from system to system.

Thirsty Sword Lesbians is a roleplaying game for telling queer stories with friends. If you love angsty disaster lesbians with swords, you have come to the right place.

In this book, you’ll find: