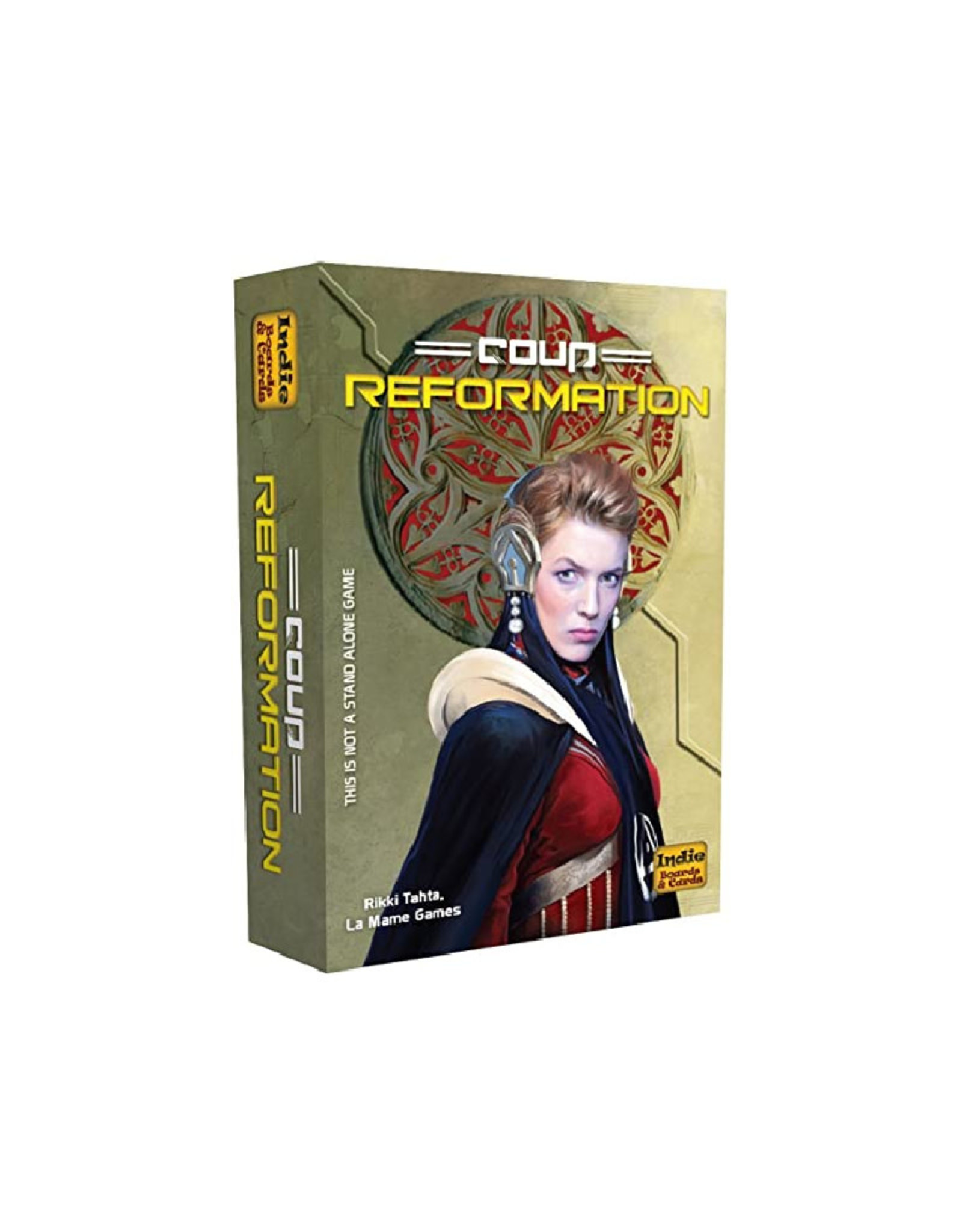 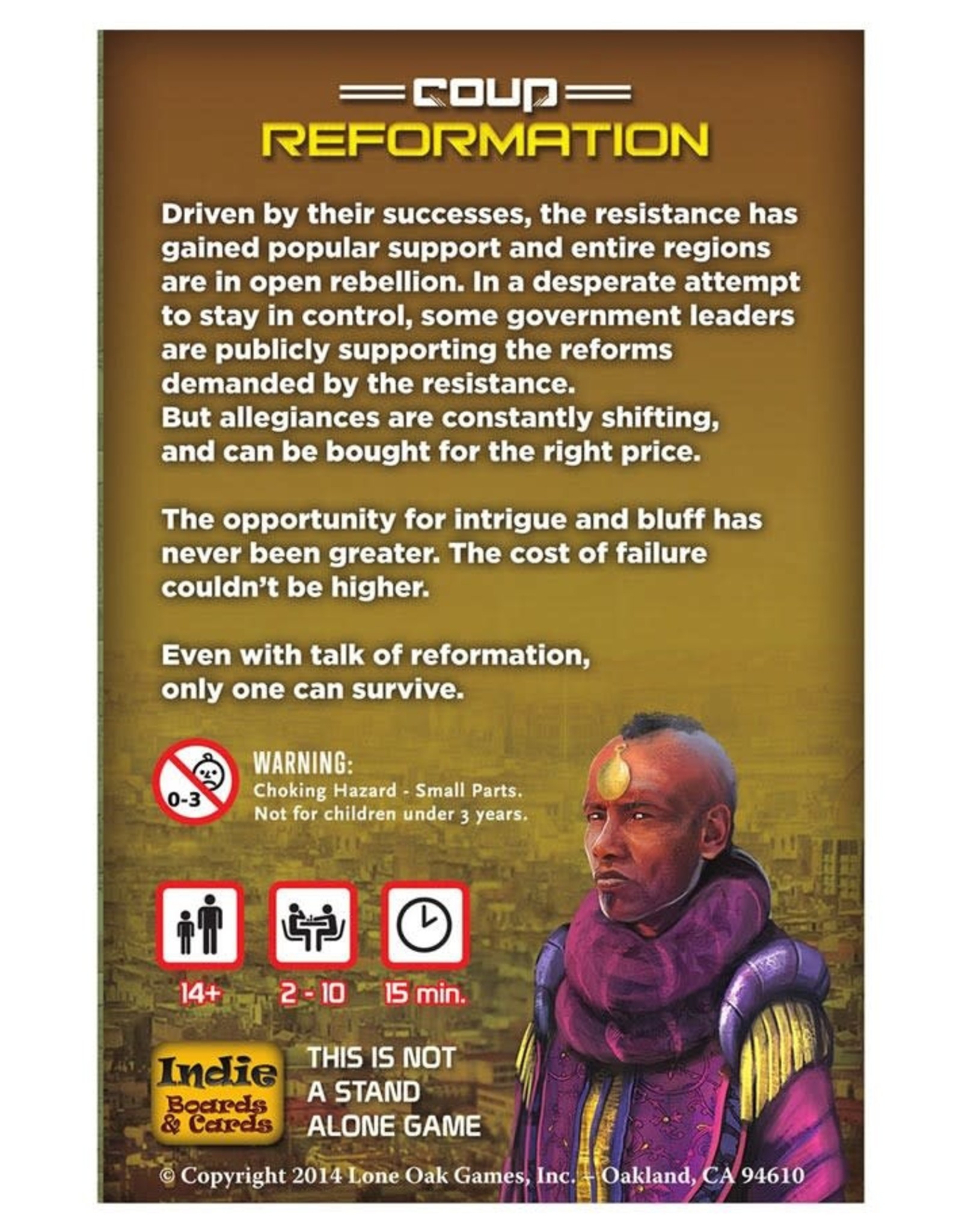 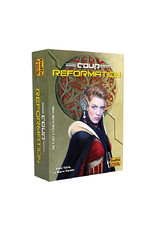 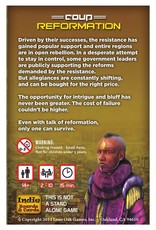 Requires the Coup Base Game to play.

Coup: Reformation, an expansion for Coup, adds new cards to the game and rules for factions and team play that increases tension in the early stages for four or more players and (thanks to 15 additional character cards) allows Coup to be better played with up to ten players.

With Coup: Reformation, each player must declare himself either Protestant or Catholic and can target only members of the other faith. Conversion is possible, however, for yourself or for another player by paying a charitable donation to the Almshouse. Like all factions, once you have eliminated the other sect, you just descend into in-fighting, so there's still only one winner and no second place.

Coup: Reformation adds a new fluid team dynamic to Coup as players jostle with their allegiance to take advantage or seek protection in the early stages of the game.