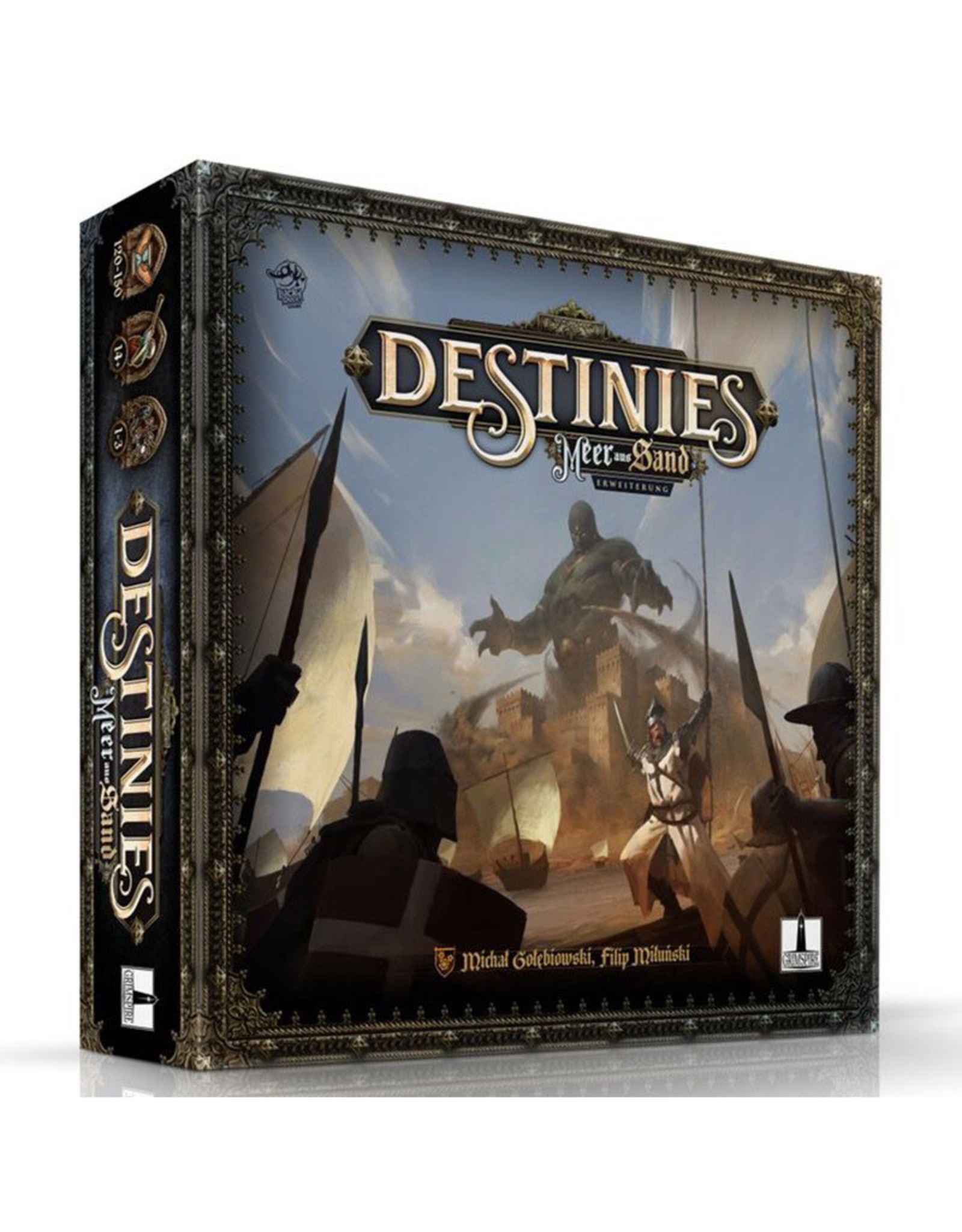 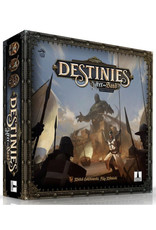 Requires Destinies Base Game to play

Embark on an epic journey to reach the sands of Mahdia, a pirate fortress on the shores of North Africa! Is your army strong enough to break through its walls? Or will the African heat, merciless pirate raiders, and the Ifrit, a creature of Arabic legend, see your dreams of glory sinking into the sea of sand forever?

The Sea of Sand expansion adds three new scenarios that form an exciting campaign. Each scenario unveils more of an overarching plot, but each scenario can also be enjoyed as an individual experience. Players will find new gameplay elements such as dungeons full of dangers, hidden encounters, and possible treasure, or new maze locations which could see those who take the time to discover the correct path sprinting past their opponents who wander lost inside. Players will also be able to travel between several smaller maps as they explore the vast expanse that is the Saharan desert.