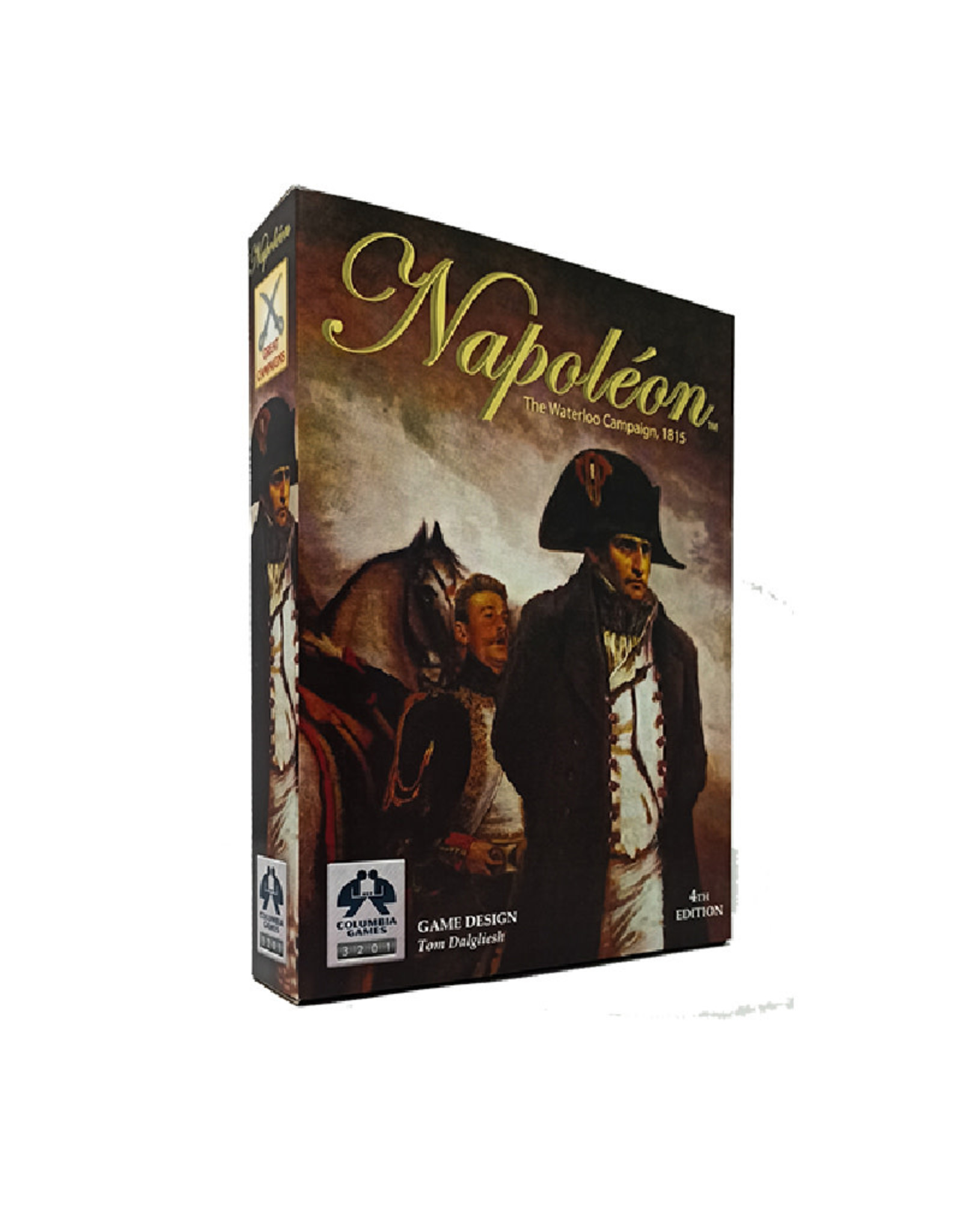 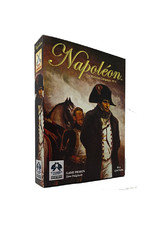 The 4th edition of this classic wargame brings the game back to its 1st edition roots with some improvements. Napoléon can be played by two or three players.

In 1815, one of the most decisive battles in military history was fought in fields ten miles southeast of Brussels. Within a short 100 days, Napoléon, former emperor of France, had returned from exile on the island of Elba, again seized power, quickly assembled an army, and marched to attack the dispersed British and Prussian armies now preparing to invade France.

Napoléon attacked on the 15th, defeated the Prussians at the Battle of Ligny on the 16th and after a day of pursuit, faced the British and Dutch army commanded by Wellington. Aided by superb defensive tactics and the timely arrival of Prussian reinforcements, Wellington defeated the French in the great Battle of Waterloo, ending forever the military ambitions of the great Napoléon.