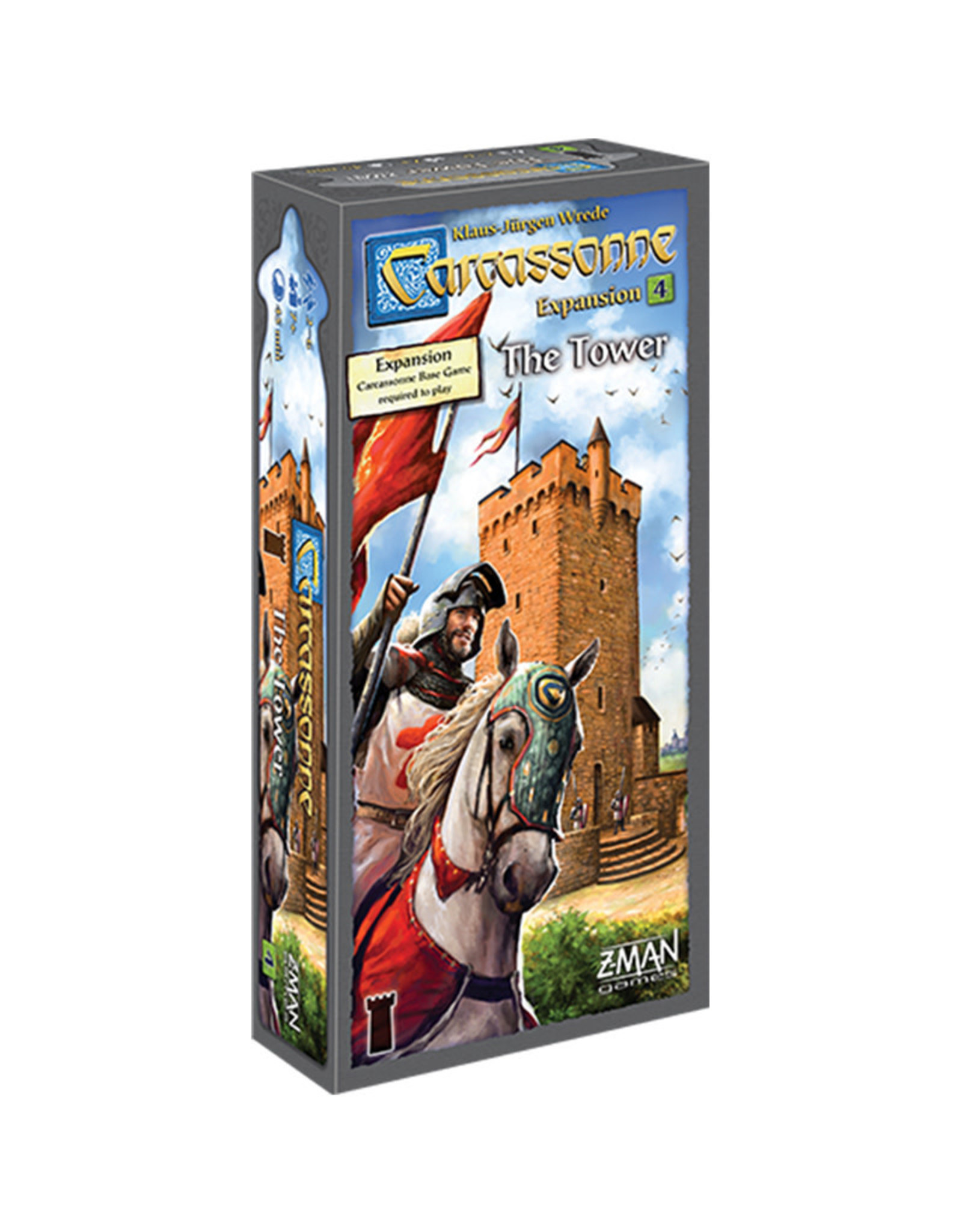 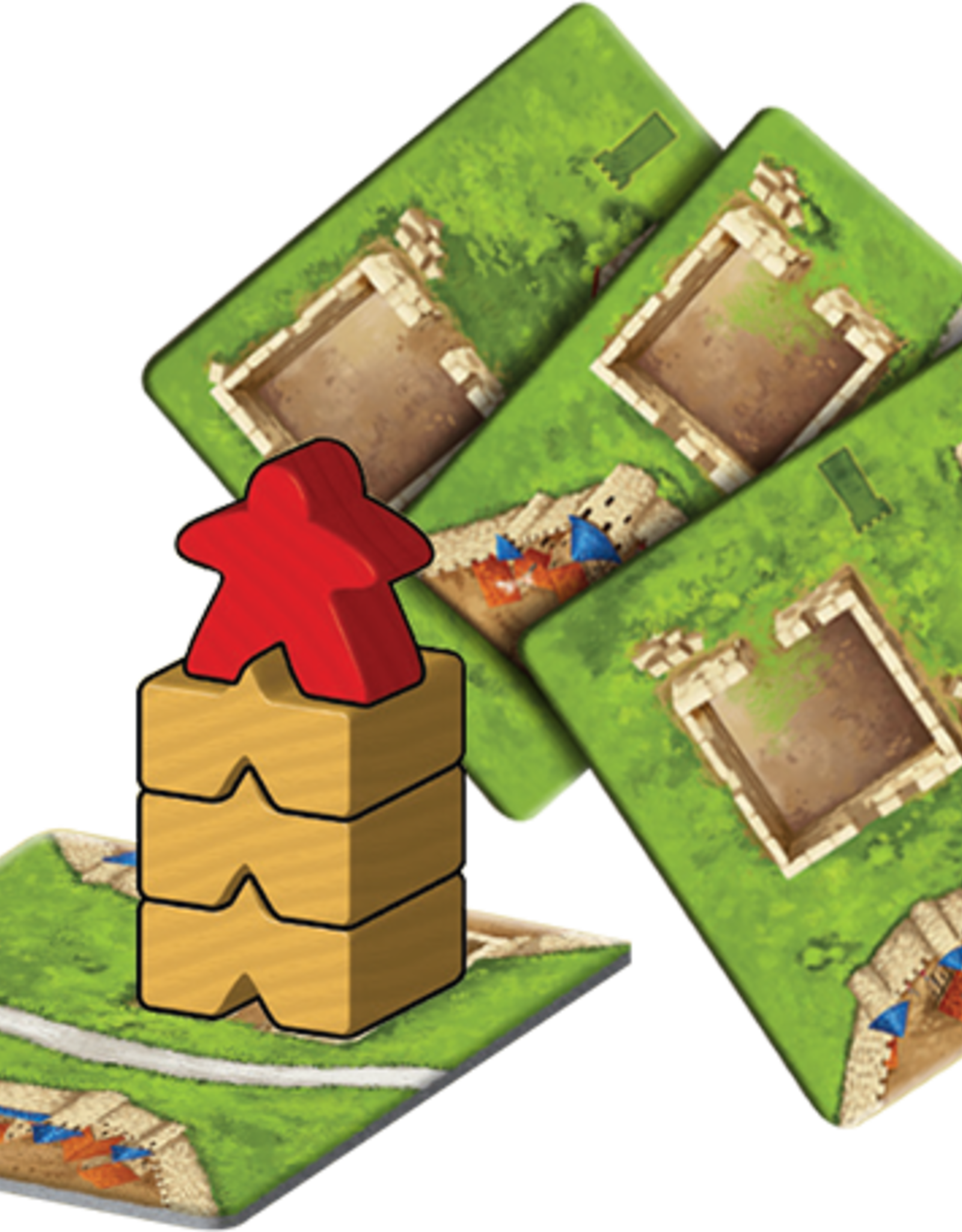 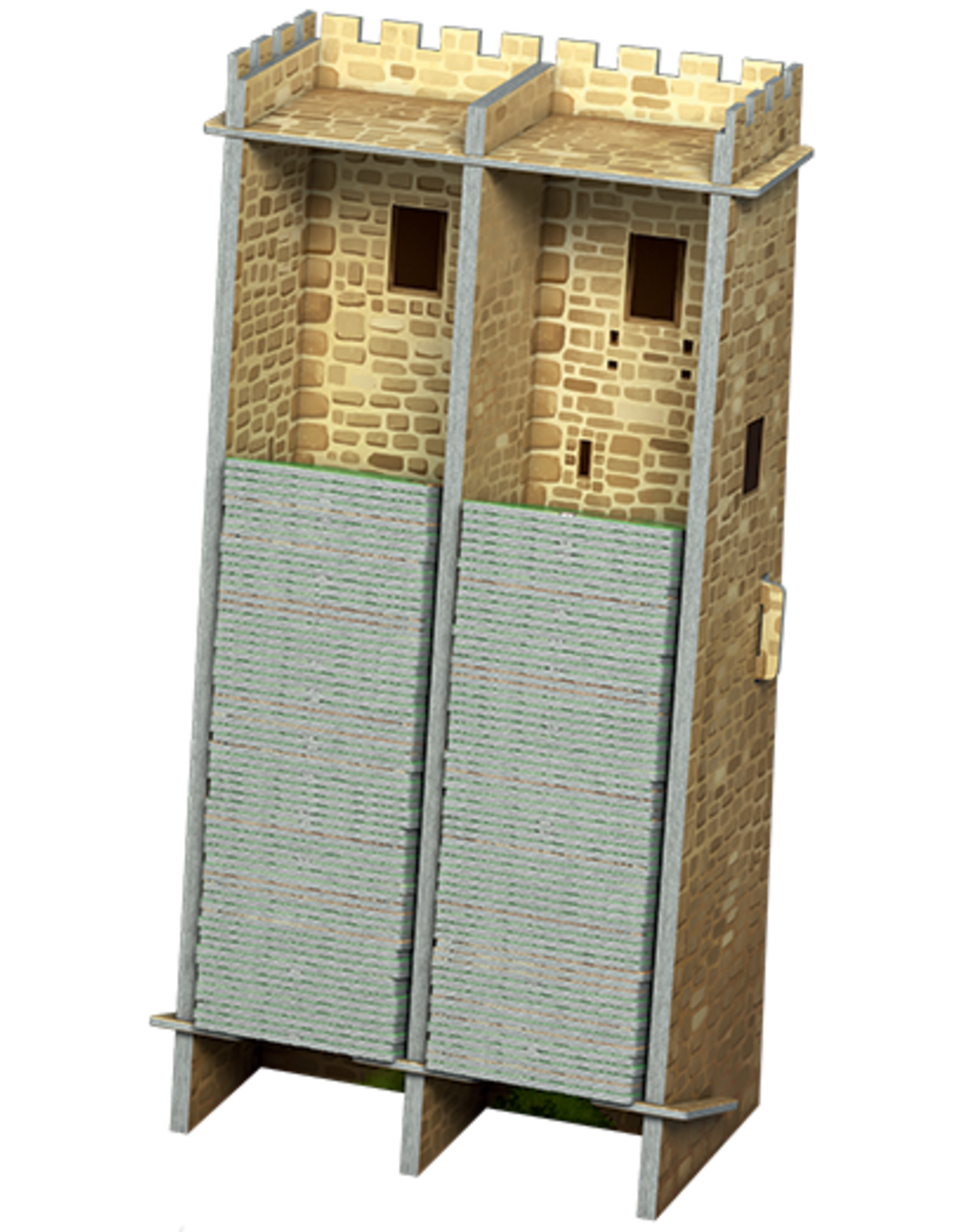 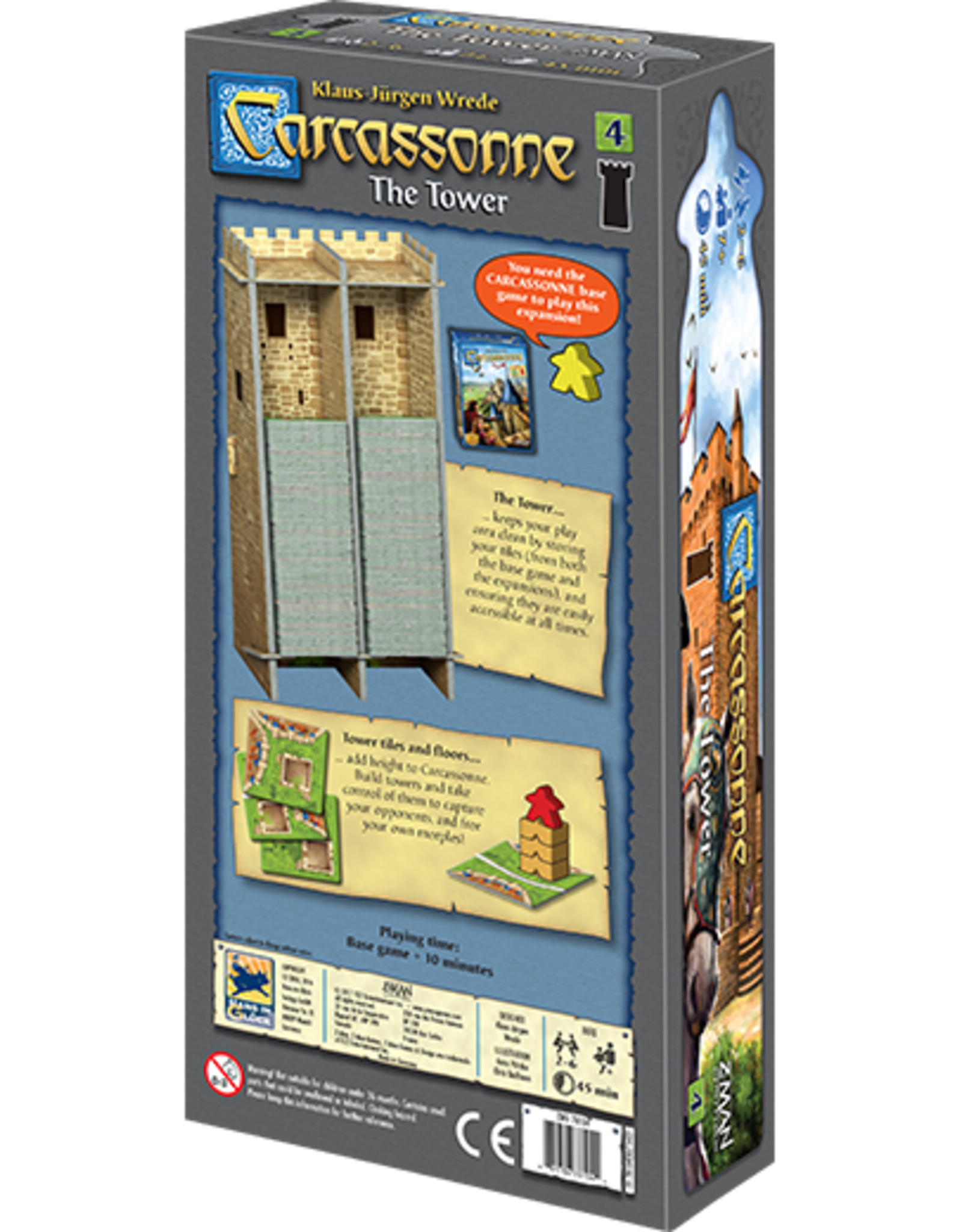 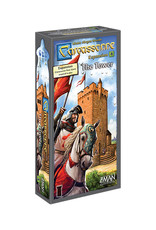 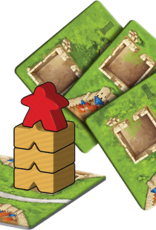 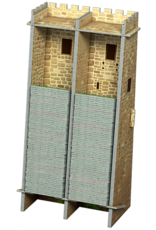 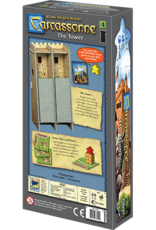 Requires the Base Set of Carcassonne to play.

The Tower is the fourth major expansion for the Carcassonne game. Tower segments are added to the game, as well as some new actions. Instead of placing a Meeple as usual on their turns, players can now either place a tower segment on a tile with a space for a tower, add a tower segment to a tower already standing, or place a Meeple on top of a tower (which "finishes" it).