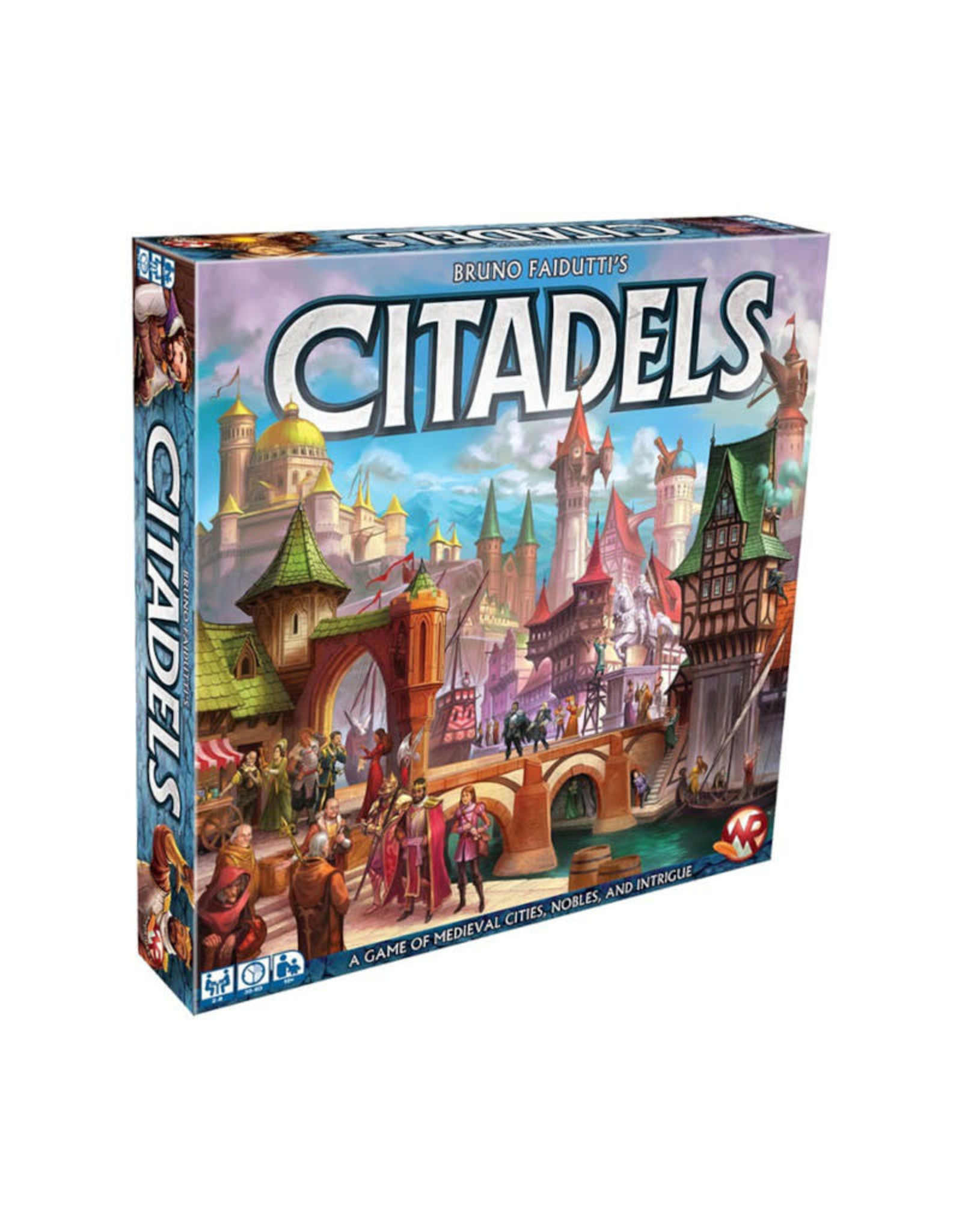 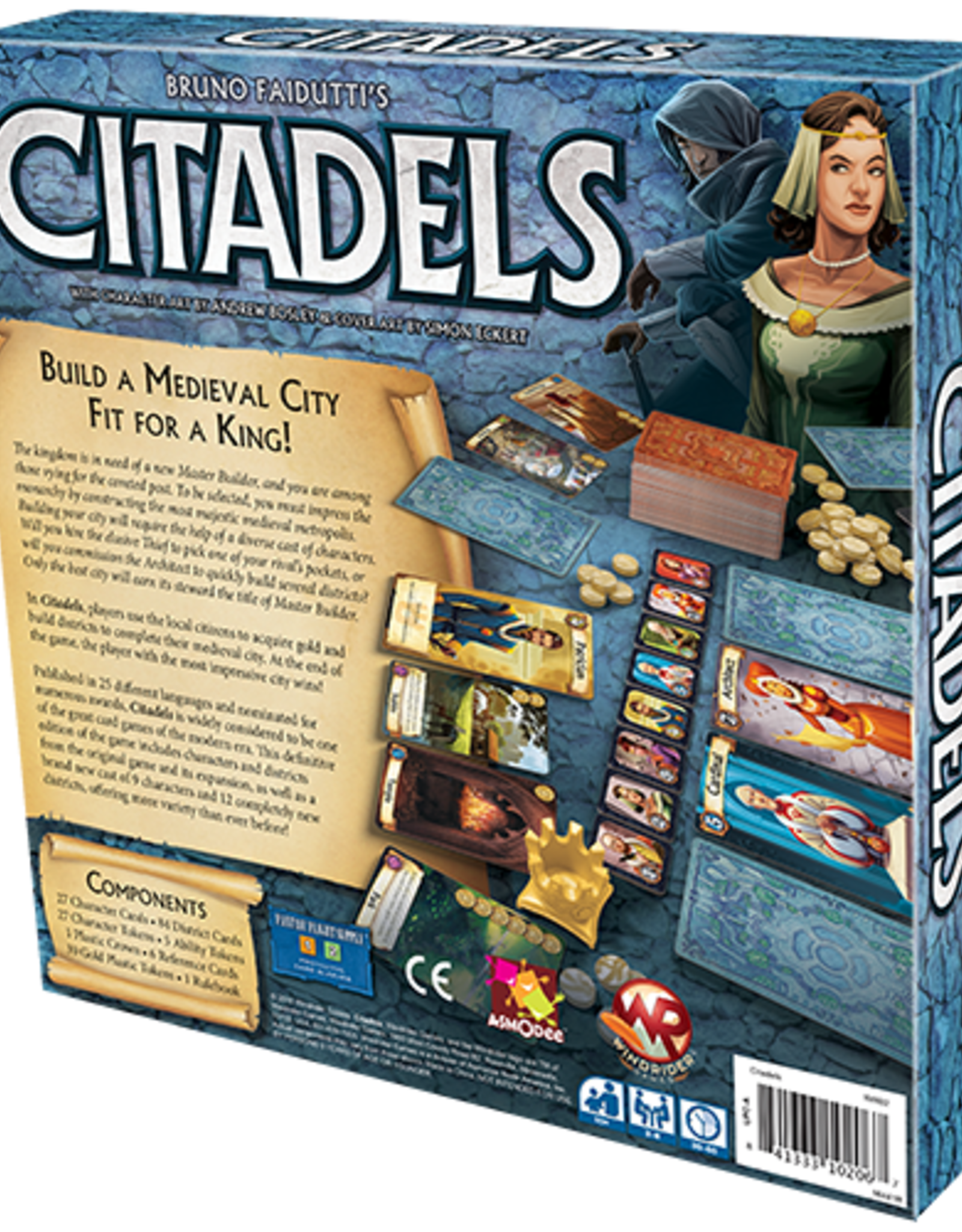 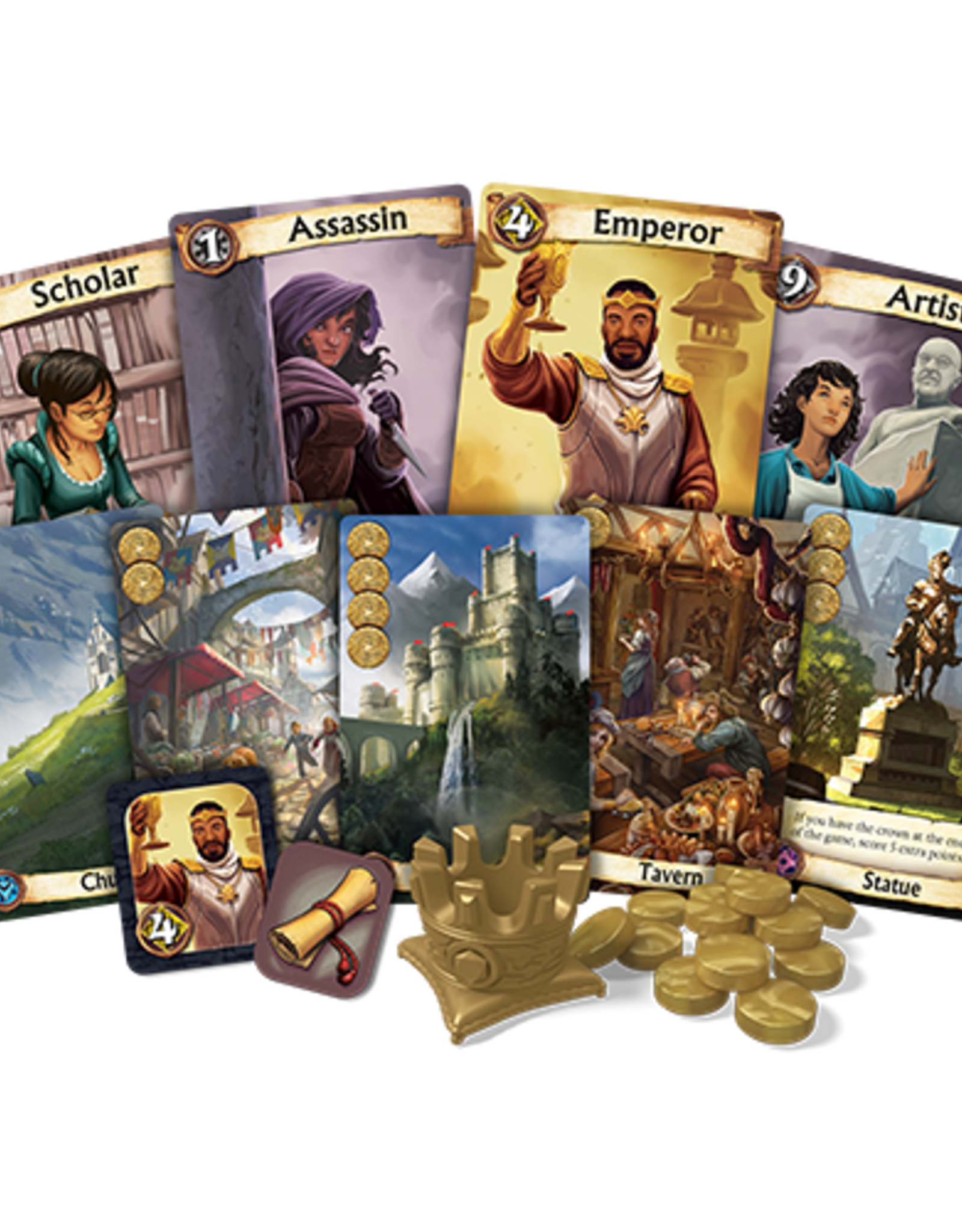 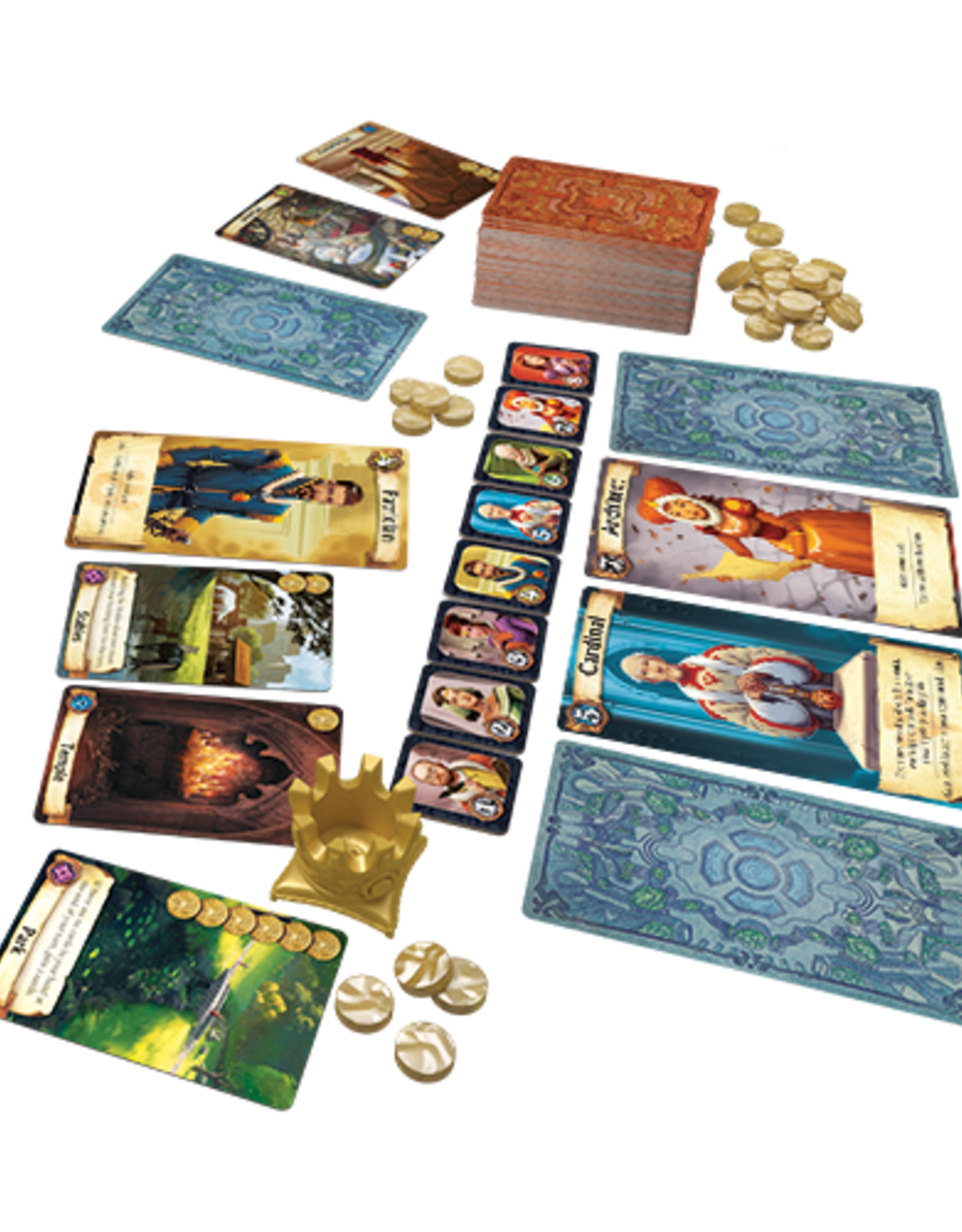 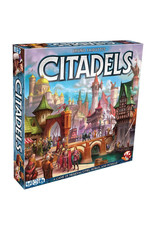 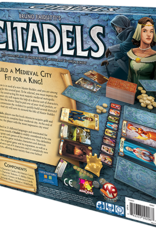 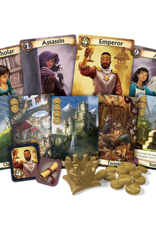 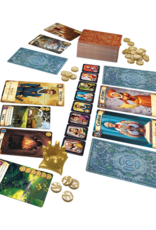 Build a medieval city fit for a king in this definitive edition of the acclaimed card game.

To be selected for the coveted post of Master Builder, you must impress the monarchy by constructing a majestic medieval metropolis. In Citadels, players use the local citizens to acquire gold and build districts to complete their city. Players draft characters each round, looking for those who provide the desired special abilities to further develop their cities—or hinder their opponents' efforts. Hire the elusive Thief and pick one of your rival’s pockets, or commission the Artist to beautify your districts and increase their value. Plot, scheme, and deceive your way to the top as you attempt to predict your opponents’ actions and foil their plans. Only the best city will earn its steward the title of Master Builder.

Bruno Faidutti designed the original Citadels, which was released in 2000. It is now considered one of the great card games of the modern era. This definitive edition includes characters and unique districts from the original base game and its Dark City expansion, as well as a brand new cast of nine characters and twelve completely new unique districts to offer more gameplay options than ever before!