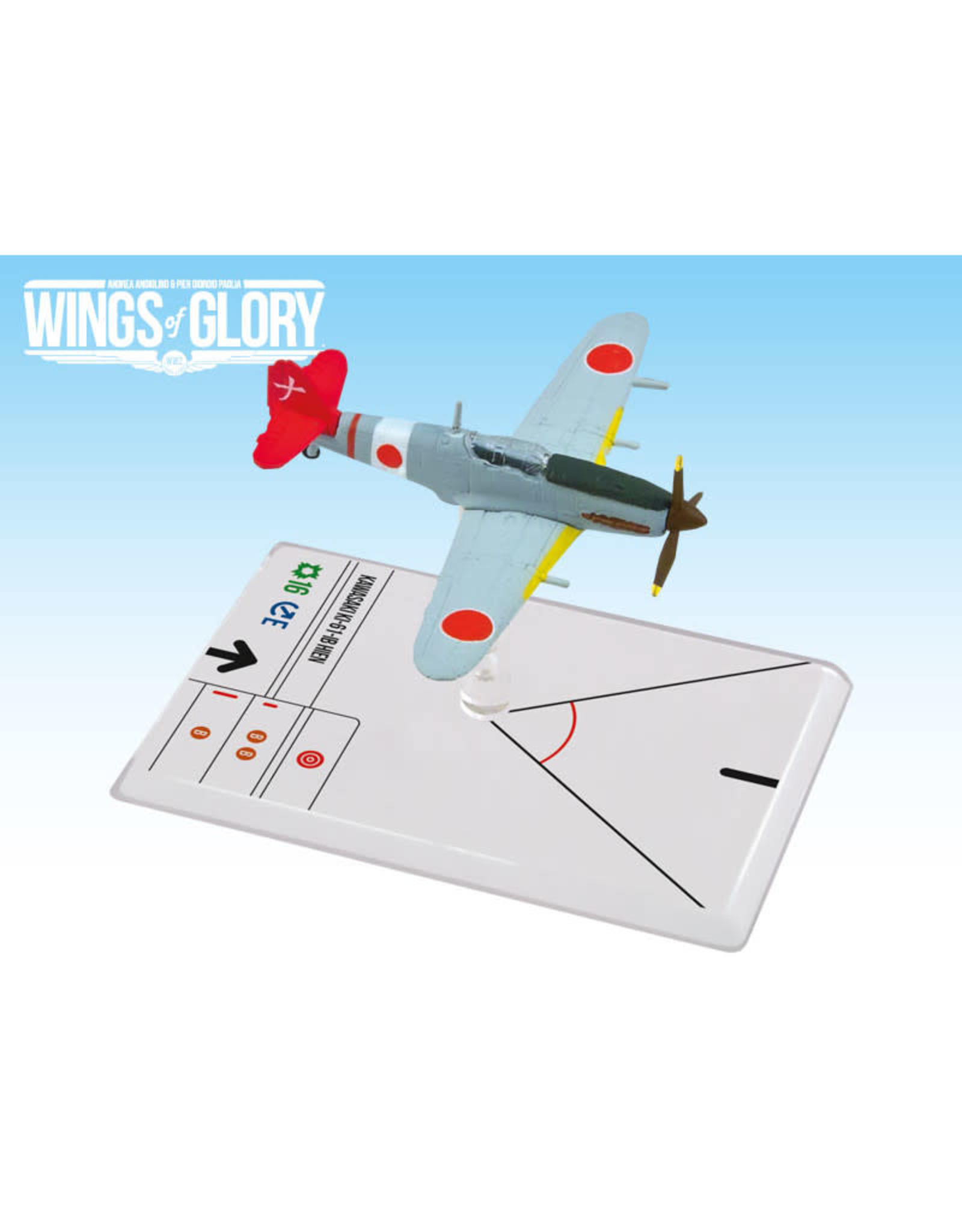 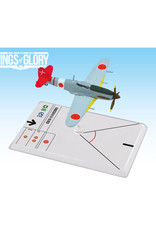 The Kawasaki Ki-61 Hien (“flying swallow”) was a Japanese World War II fighter aircraft. Over 2.500 Ki-61s were produced, first seeing action around New Guinea in 1943, and continuing to fly combat missions throughout the war. From 1944, Ki-61 were also employed effectively in aerial ramming attacks against B-29 Superfortresses.

Designed to be used with the popular air combat game system created by Andrea Angiolino and Pier Giorgio Paglia, each WW2 Wings of Glory™ Airplane Pack is a ready-to-play model, painted and assembled, 100% compatible with any other WW2 Wings of Glory game product.
In each pack you will find all you need to play with the airplane: a special base with gaming stats, a variable altitude flying stand, and a specific deck of maneuver cards.