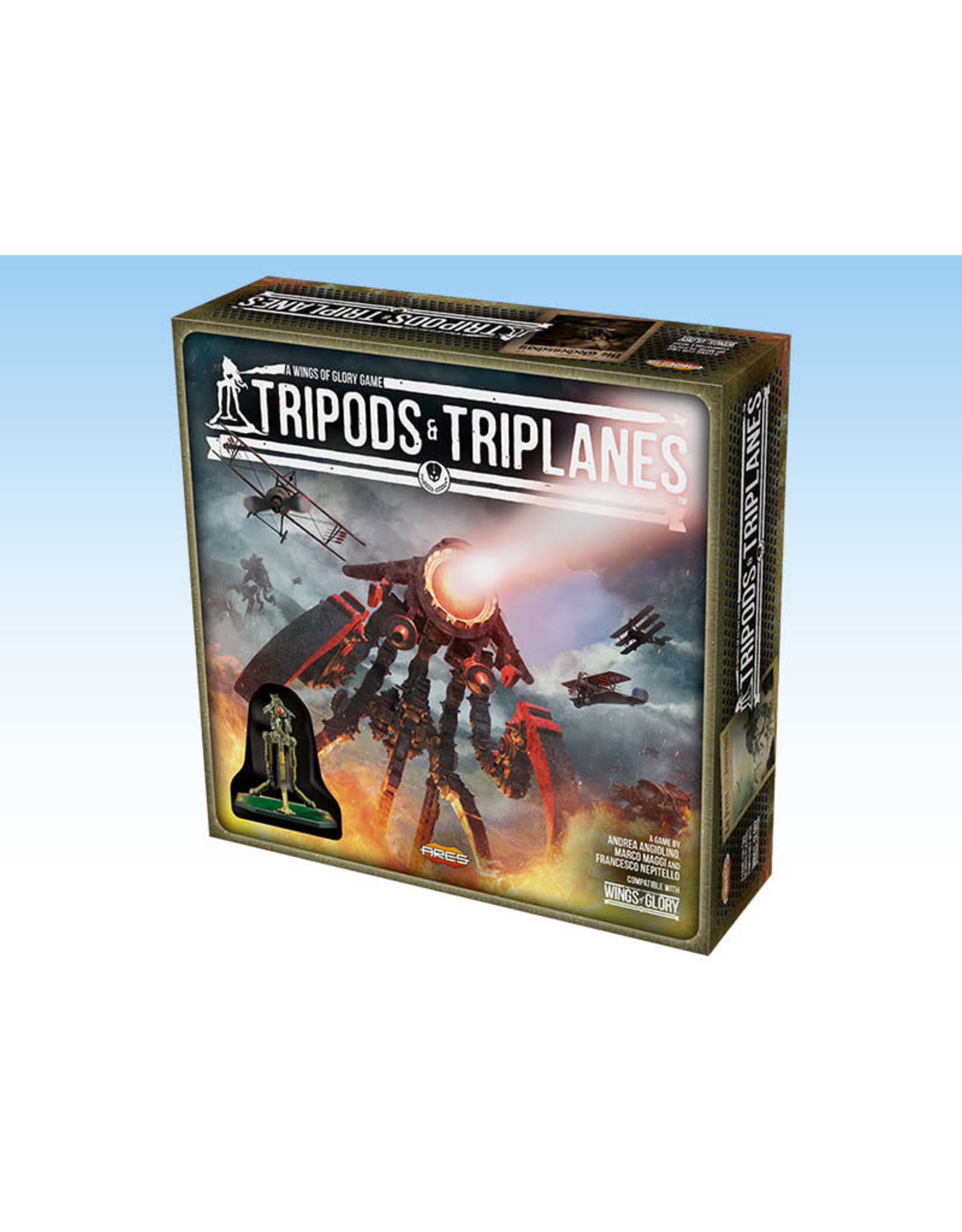 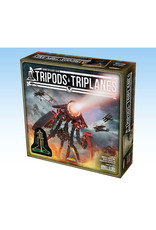 March 18th, 1918: the nearest approach of planet Mars to Earth. The First World War suddenly changes into a War of the Worlds, when what appears as a meteor shower falls over a wood in Alsace. A few hours later, just after dawn, an army of giant alien fighting machines appear out of the trees and starts burning villages and houses with their lethal heat-rays, leaving pestilential trails of black smoke behind them. A truce is hurriedly signed between the warring nations and, against the advancing Martian tripods, the best war machines of Earth are dispatched, manned by the most gallant and skilled warriors of our planet!

Wings of Glory - Tripods & Triplanes brings the Martian invasion described by H.G. Wells in his novel ‘The War of the Worlds’ to the Wings of Glory game, merging it with the historical background of the Great War. The knights of the air of WW1 battle against colossal fighting machines sent by the Martians to invade Earth. Take control of an awesome Martian Tripod, set upon bringing death and destruction on our planet… or fly in the most advanced flying machines created by Mankind during World War One, and try to use them to win the War of the Worlds.

Tripods & Triplanes is a new, stand-alone game, but it is fully compatible with the WW1 Wings of Glory collection. It introduces a new twist to the game, as the historical setting is turned upside now by the crossover with the innovative novel "The War of the Worlds".

In Tripods & Triplanes, what should be the year the war ends becomes the Year of the Invasion. Two different generations of Tripods, one more advanced than the other, land on Earth, in two waves of invasion. Their alien technology and deadly weapons make them terrifying opponents for the Earthlings… Fortunately, the recent evolution in weapon technology during WW1 gives to Mankind a fighting chance against these monstrous invaders…

This WW1 Wings of Glory Tripods & Triplanes Starter Set is a complete game that includes everything you need to start playing: one Mk.I “Locust” Tripod model and one Nieuport 16 Airplane model, fully assembled and painted, with special gaming bases, maneuver and damage cards, rulers, counters, markers and tokens, a rulebook and a scenario booklet.

With Tripods & Triplanes your aerial battles will never be the same!