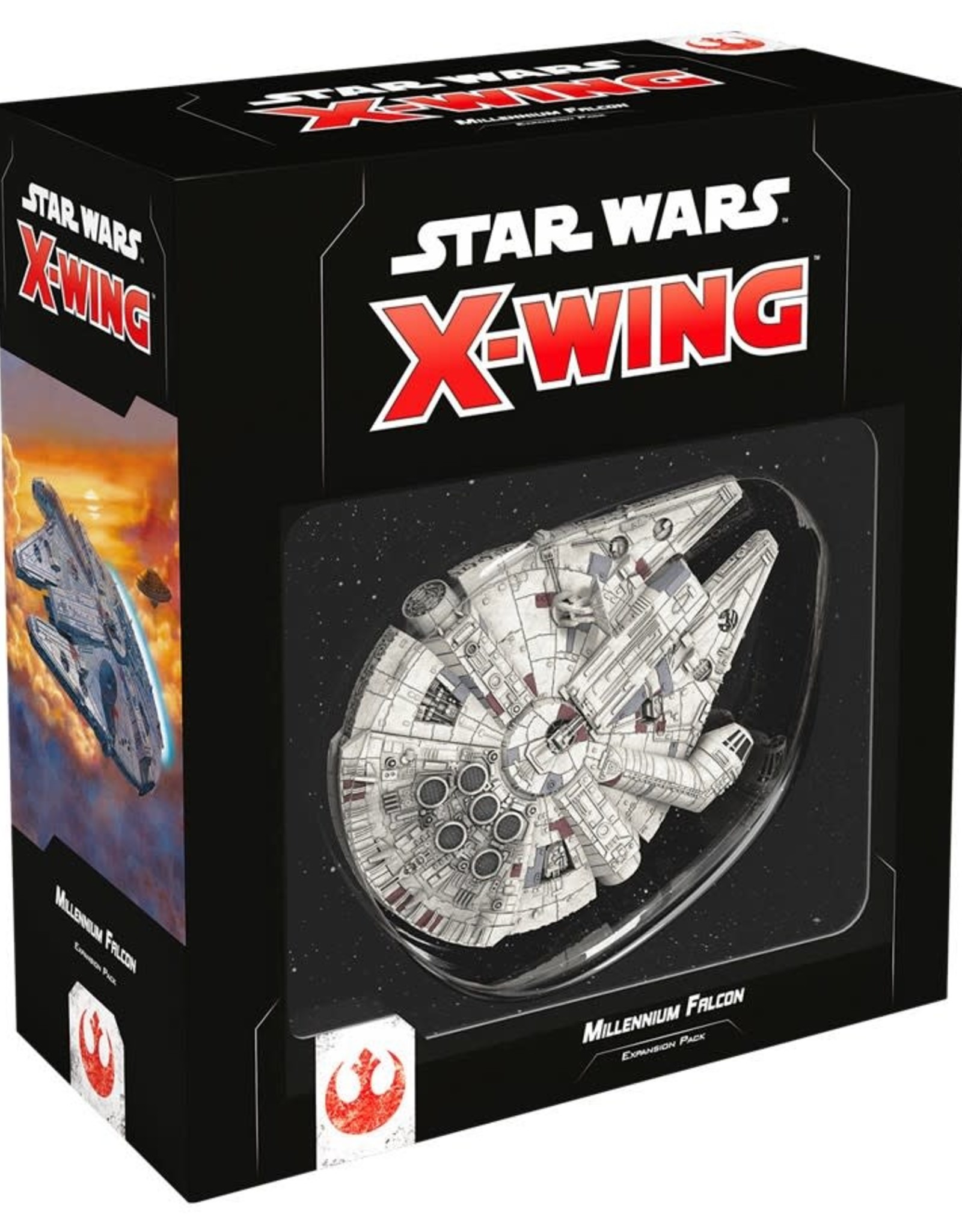 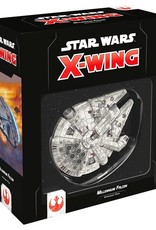 One of the most iconic ships in the Star Wars galaxy, the Millennium Falcon, is making its triumphant return to the intense space battles of X-Wing! Once used by Han Solo and Chewbacca as part of their smuggling career, the Millennium Falcon now helps them in their efforts to aid the heroes of the Rebellion.

With the Millennium Falcon Expansion Pack you can fly this iconic ship into battle. Featuring a modified YT-1300 light freighter ship miniature blasting off with a striking engine glow, this expansion also contains four YT-1300 ship cads identical to those found in the Rebel Alliance Conversion Kit and reprints of fourteen essential upgrade cards, inviting you to make your own personal modifications. Finally, two Quick Build provide suggestions for combinations of pilots and upgrades, helping
you get into the battle even sooner.