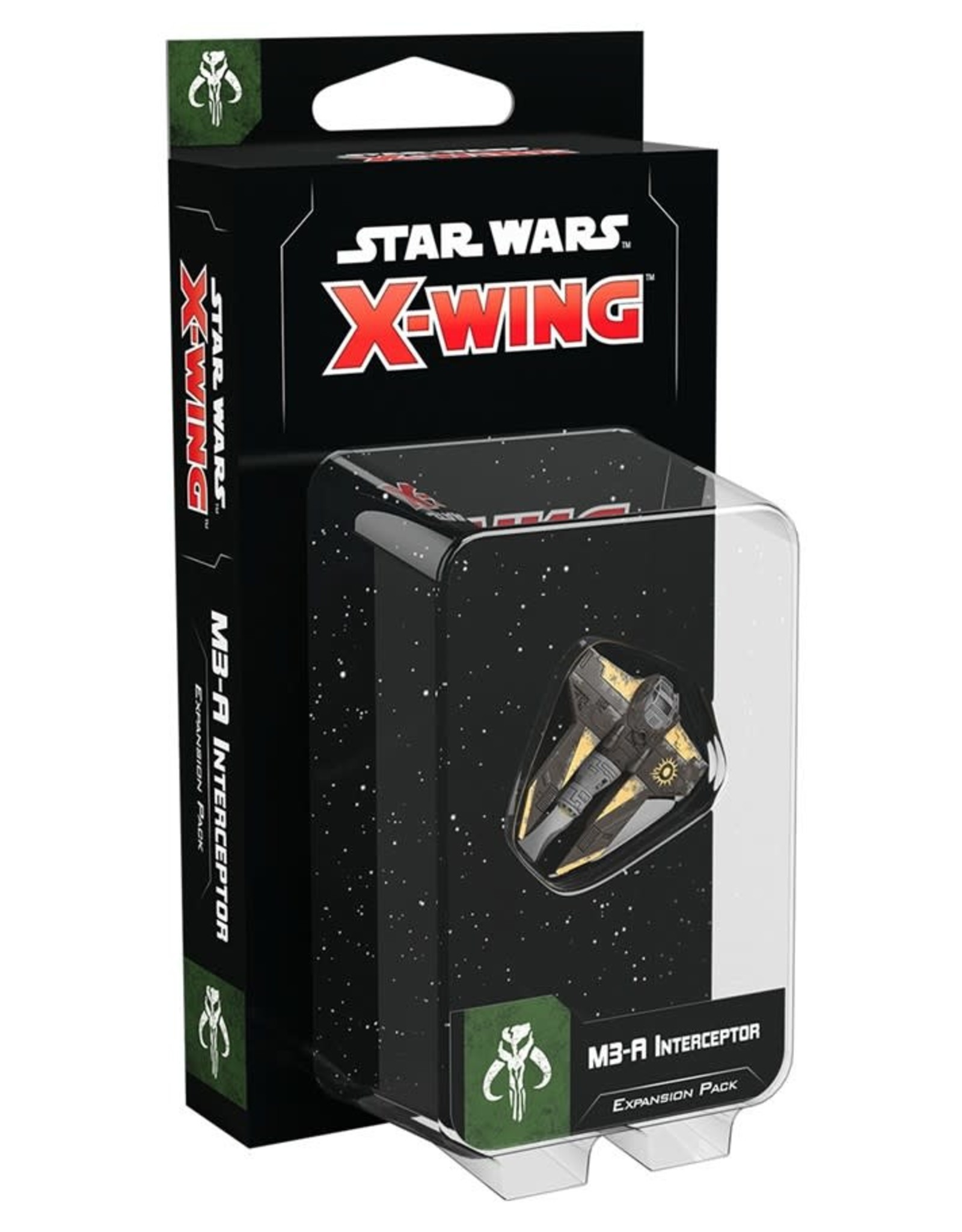 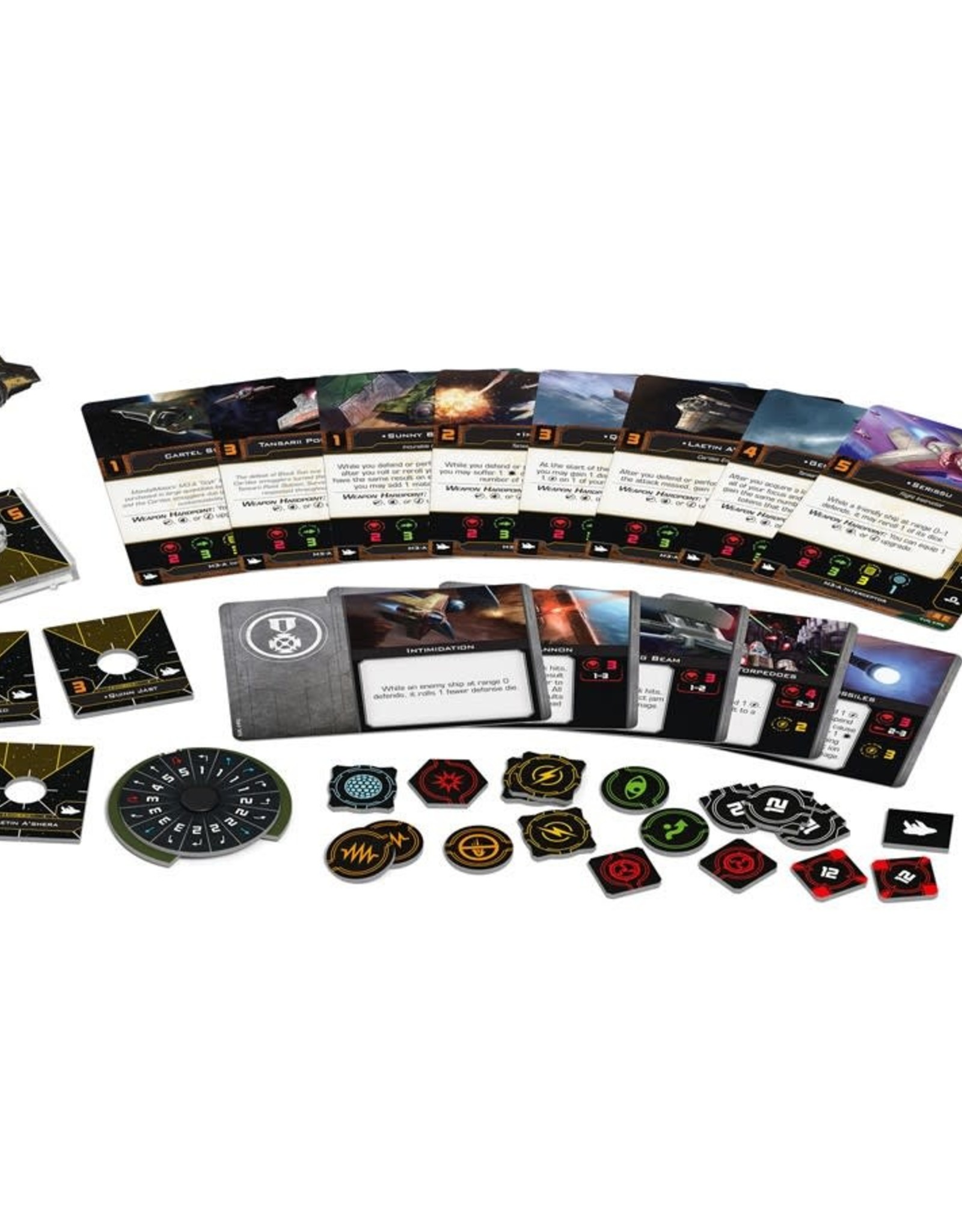 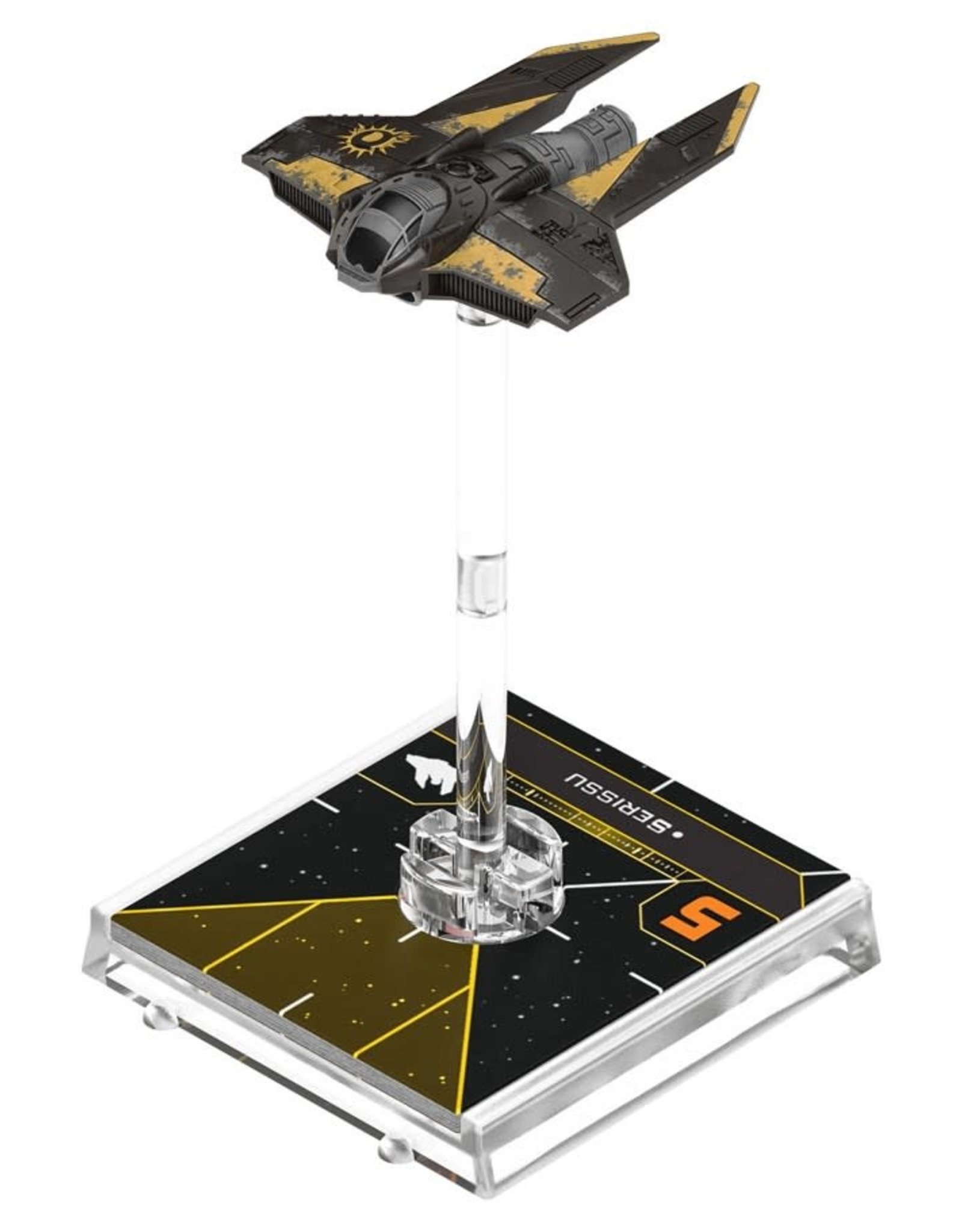 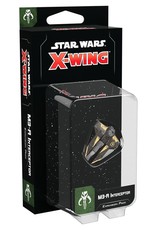 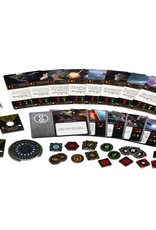 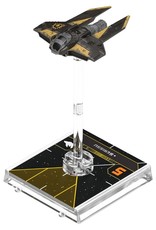 In the Outer Rim, justice is often decided through superior firepower. The M3-A Interceptor is a light, maneuverable craft favored by cartels and syndicates, thanks to the modular hardpoint that lets it equip destructive torpedoes, powerful cannons, and other weapons to threaten much larger vessels.

With the M3-A Interceptor Expansion Pack, you can supplement your Scum and Villainy squadrons with one of these inexpensive and highly customizable fighters. In addition to an M3-A Interceptor ship miniature featuring a striking black and gold Black Sun paint scheme, new players will also find eight reprinted ship cards—including six limited pilots—as well as reprints of five valuable upgrades and four Quick Build cards that help you jump into battle right away.