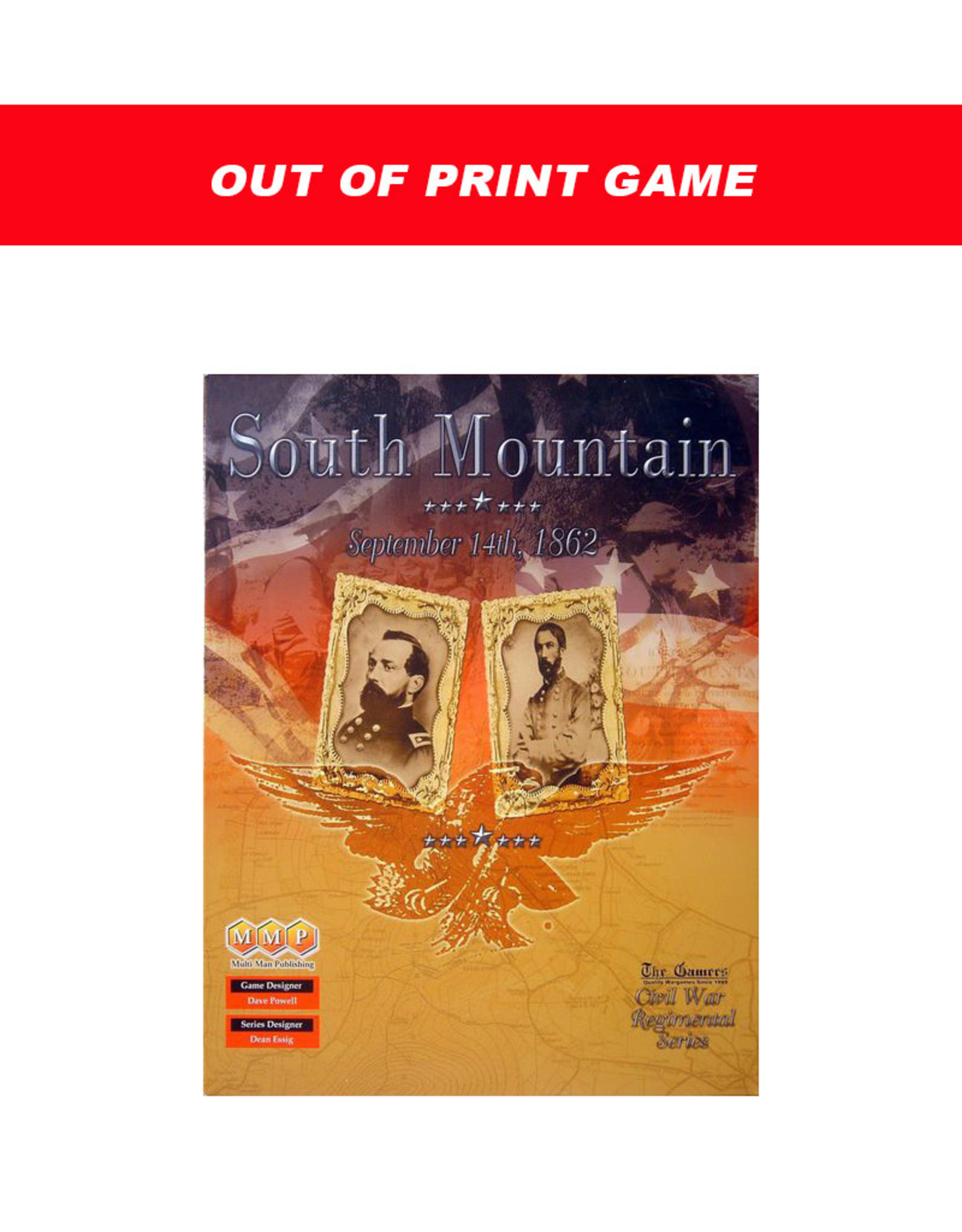 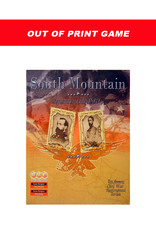 On 09-14-1862, the rebel division of D.H. Hill was surprised and attacked by Ambrose Burnside's Wing of the Army of the Potomac. Hill's men held out all day against a rising tide of Federal troops from both the 1st and 9th Corps and were saved only by the late arrival of D.R. Jones and Hood's divisions.

Despite the fact that it was a rather sharp defeat for the rebels, Hill remained justifiably proud of the fight his men managed for 12 long hours atop South Mountain. They had given Lee the time he needed to concentrate his army in the face of a suddenly aggressive Federal force.

South Mountain is the fourth game in the Civil War, Regimental Series. With one map and a manageable number of counters, it is the first game in the series to offer a full, intense, battle that is playable in an evening. And re-playability is very high, given the variable arrival of some key Rebel forces and the application of Confederate and Union Random Events.

Out of Print Game.