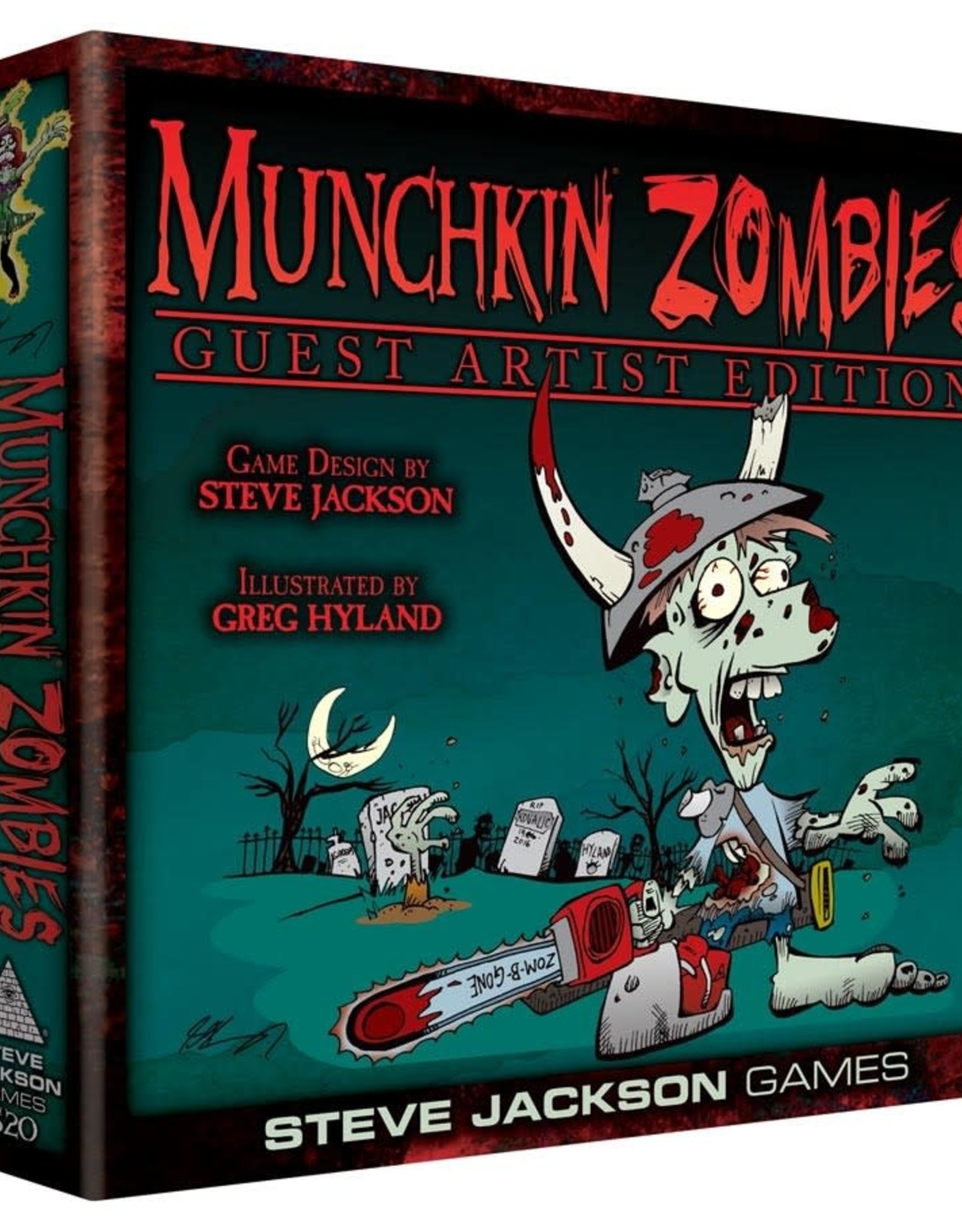 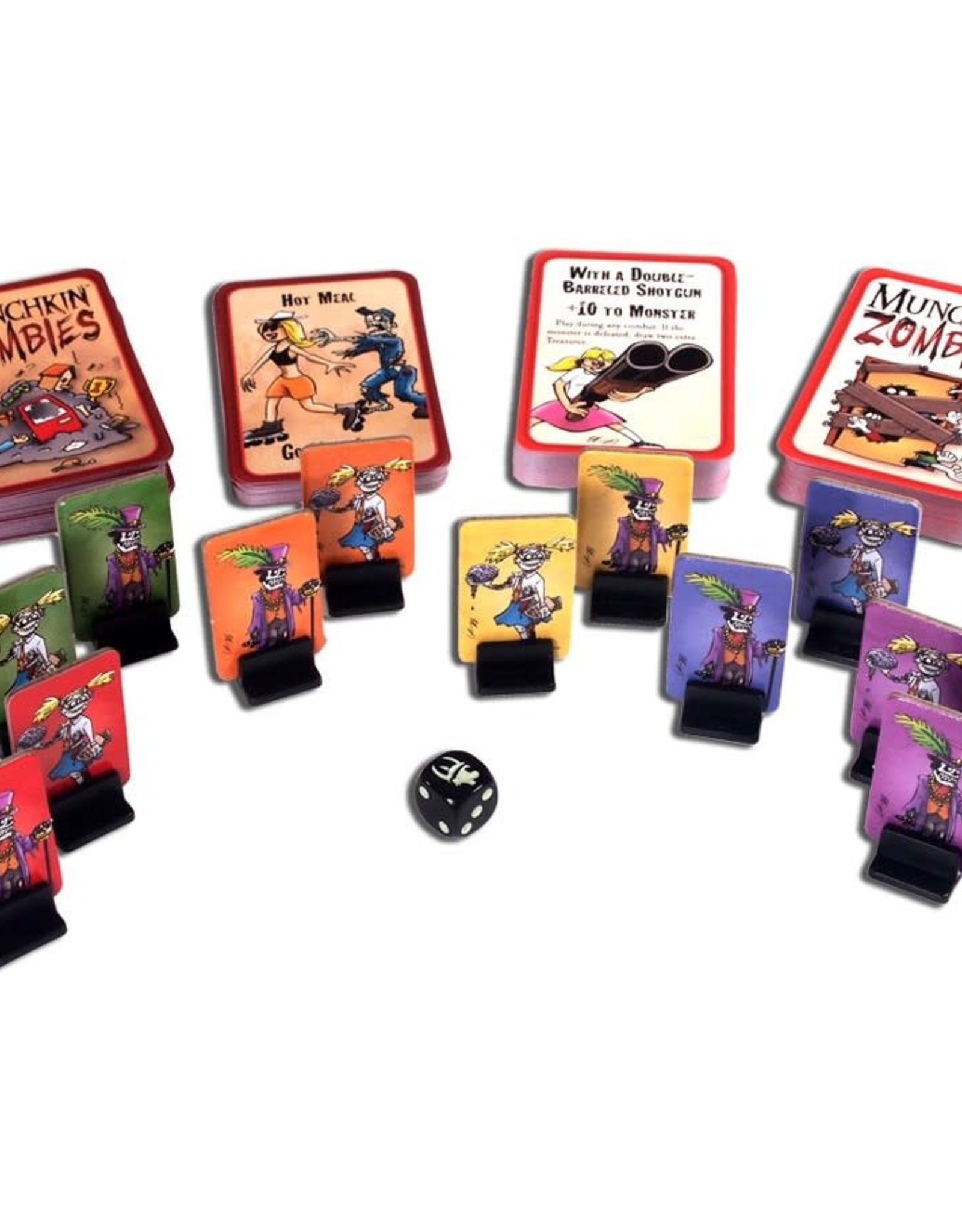 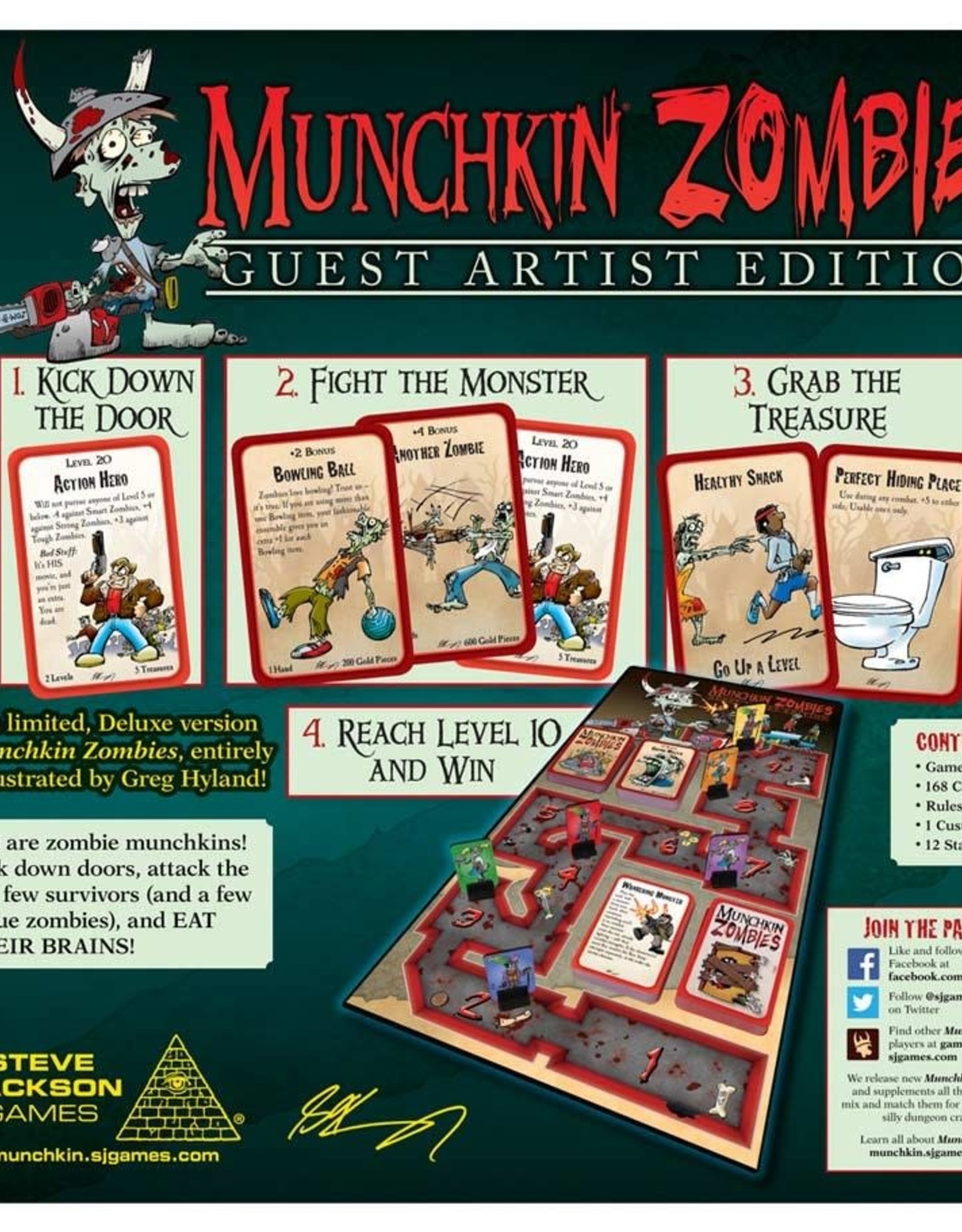 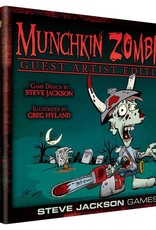 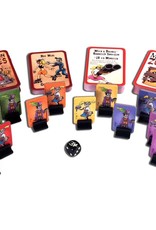 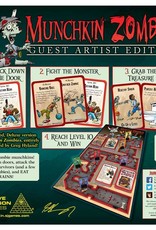 It's a new take on the sickest, silliest Munchkin! Players of Munchkin Fu will recognize the new art from Greg Hyland, featuring his distinct over-the-top zombies kicking down doors and eating brains. Attack the "monster" humans (and a few rogue zombies), Protect yourself with whatever armor you can scrounge up during your lurching search for brains, and level up or die. Again.

About the Artist: Greg Hyland is the creator of Lethargic Lad, a comic strip (and now webcomic) that has been running since the late 1980s. He has worked with Steve Jackson Games on several projects, including Munchkin Fu, Burn in Hell, and Chez Guevara. Hyland also illustrates Murphy's Rules for the monthly Pyramid PDFzine.