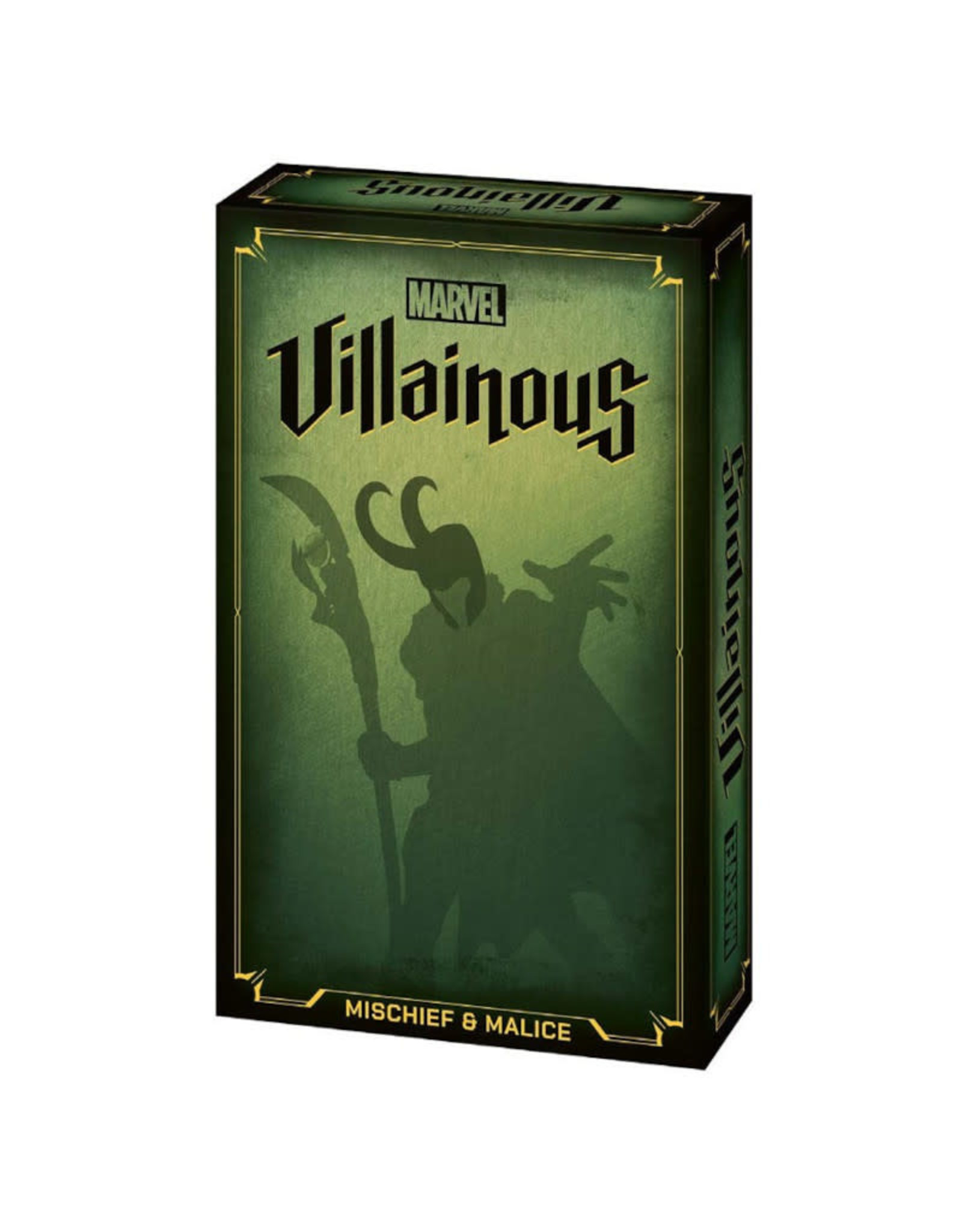 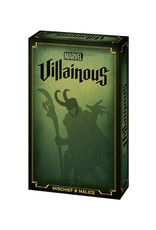 Email us at [email protected] for in-store pre-order requests.

Following the release of Marvel Villainous: Infinite Power, one of the fastest-selling games in Ravensburger history, Mischief & Malice follows up with the most-requested Villain (Loki) along with the popularly requested M.O.D.O.K. and comic book deep-cut Madame Masque. To win, each Villain must complete a unique story-based objective.

To win as Loki, players must gain and spend ten “mischief,” which is primarily gained via multiverse personalities played by Loki to other Villains’ Domains. M.O.D.O.K. needs to maintain A.I.M.’s loyalty and activate the Cosmic Cube. Finally, Madame Masque must vanquish eight heroes specifically to settle her vendetta. She’ll need to balance vanquishing heroes to satisfy her vendetta or vanquishing them for a contract—one of the only ways in the game she can gain power.

*Marvel Villainous is NOT compatible with Disney Villainous