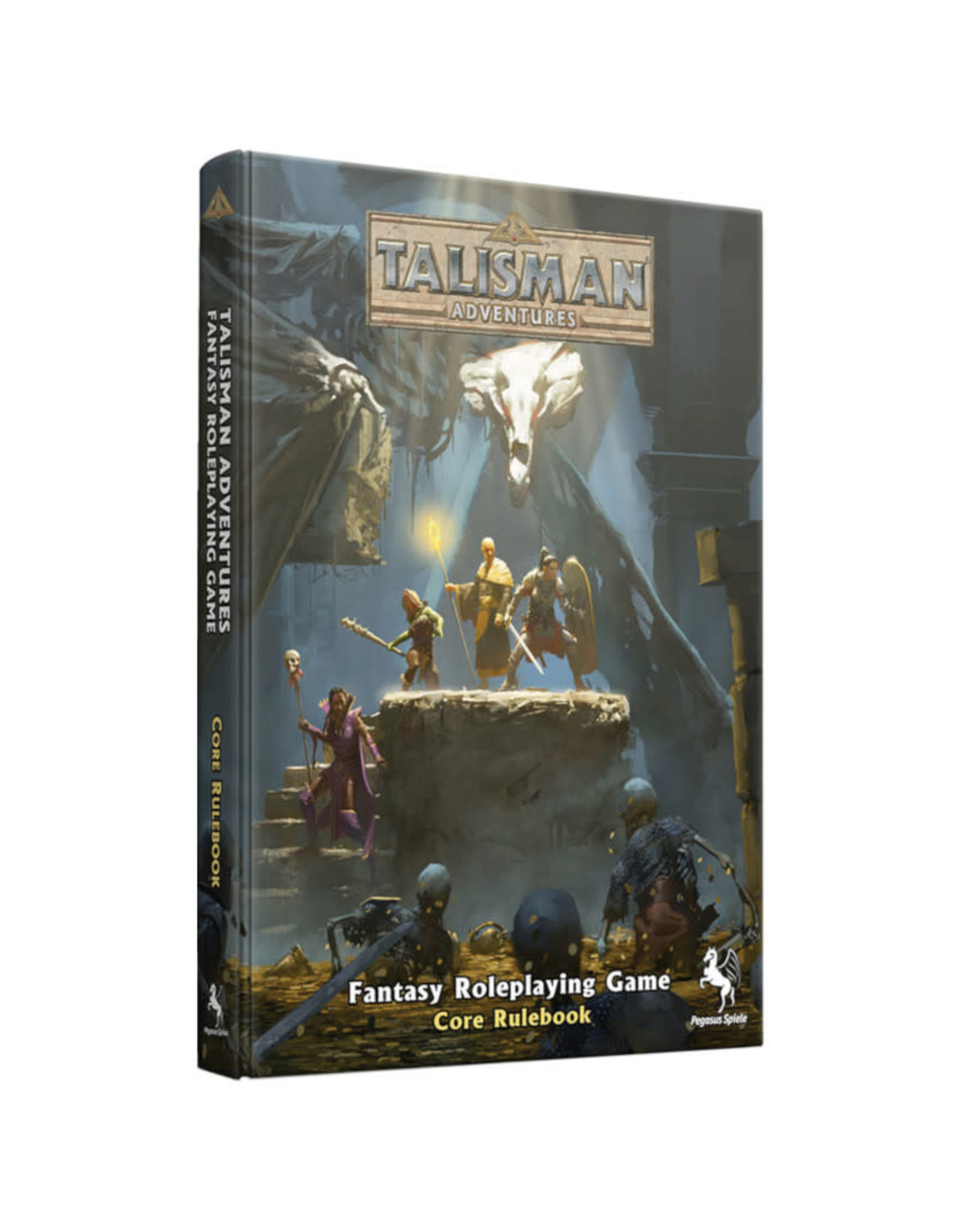 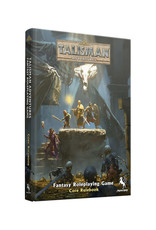 Begin your exploration of the Realm with the Core Rulebook for the Talisman Adventures Fantasy Roleplaying Game! Magical forests, treacherous mountains, deadly dungeons, and more await you between these pages. Begin your adventures as any of ten classes (assassin, druid, minstrel, priest, prophet, scout, sorcerer, thief, warrior, or wizard) and seven ancestries (elf, dwarf, human, ghoul, leywalker, troll, and sprite).

The Talisman Adventures Fantasy Roleplaying Game is a hardcover book divided into two sections: the Player’s Guide and the Game Master’s Guide. In the back of the book, you’ll find Light and Dark Fate tokens, character sheets, and six pre-gen characters. It also includes a short, starting adventure, Death’s Messenger, so that you can jump right into the action.

If you want to be even better prepared for your heroic journey the Talisman Adventures Accessory Pack (Dice & Tokens) is available for purchase. It contains as many Light and Dark Fate Tokens as you could ever need in addition to 3 Talisman Adventures Dice. The special look of the customized Kismet Dice will make it easier for you to see what fate has in store. (Of course you are free to use common six-sided dice of different colors instead.)

The Talisman Adventures Fantasy Roleplaying Game rules are fast-paced, easy to learn, and feature the new 3D6 Adventures rules set. With these rules, the players take the lead and determine the action as their characters explore magical new lands, encounter enigmatic strangers, and do battle against terrible monsters. This book provides a multitude of enemies, strangers, followers, mysterious locations, and magic items to include in your adventures. Forbidden knowledge and fabulous treasures — perhaps even the fabled Talisman of the Great Wizard — await the daring and heroic.

To play this game, you’ll need a few friends, three six-sided dice, 2–4 hours, and your imagination.