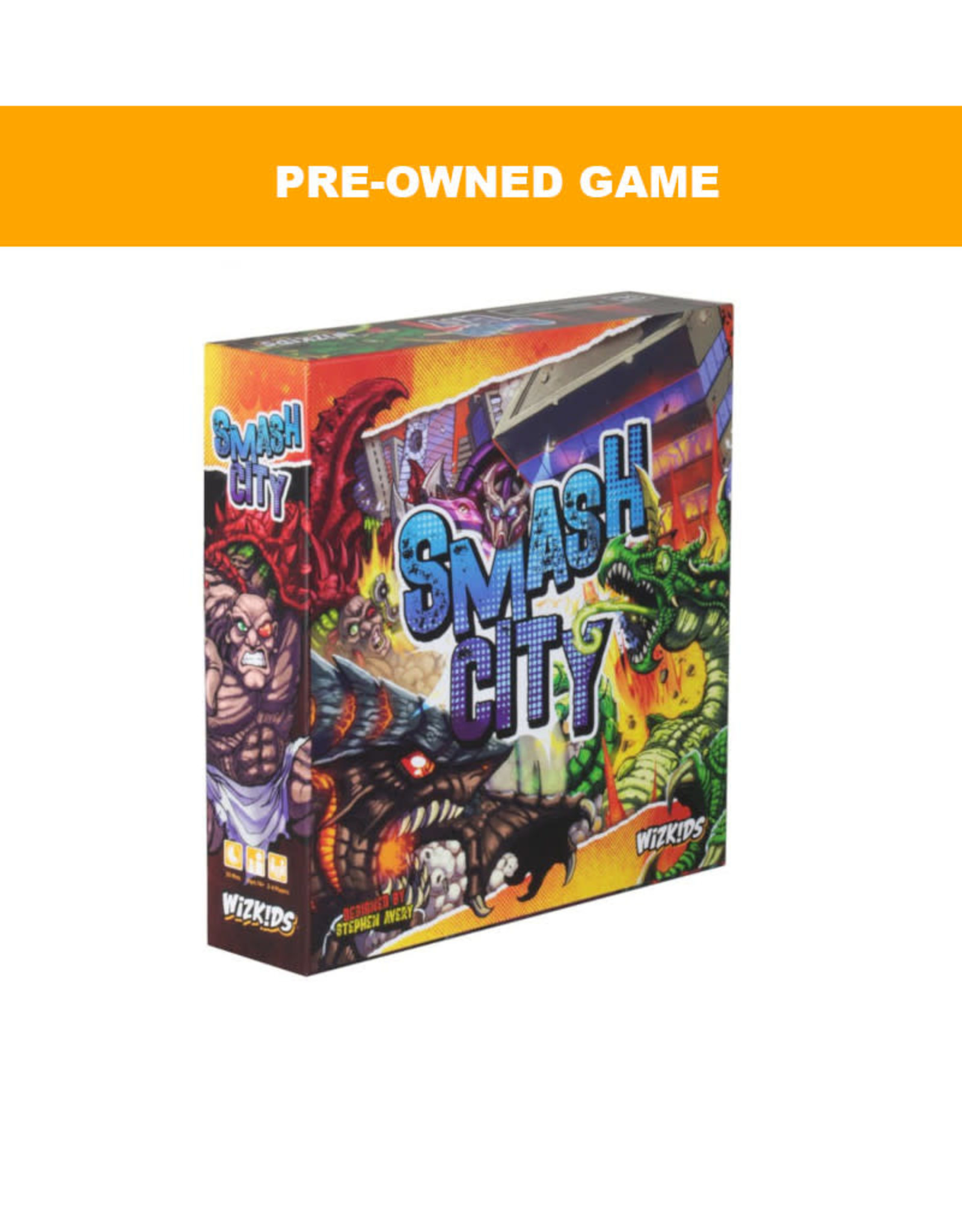 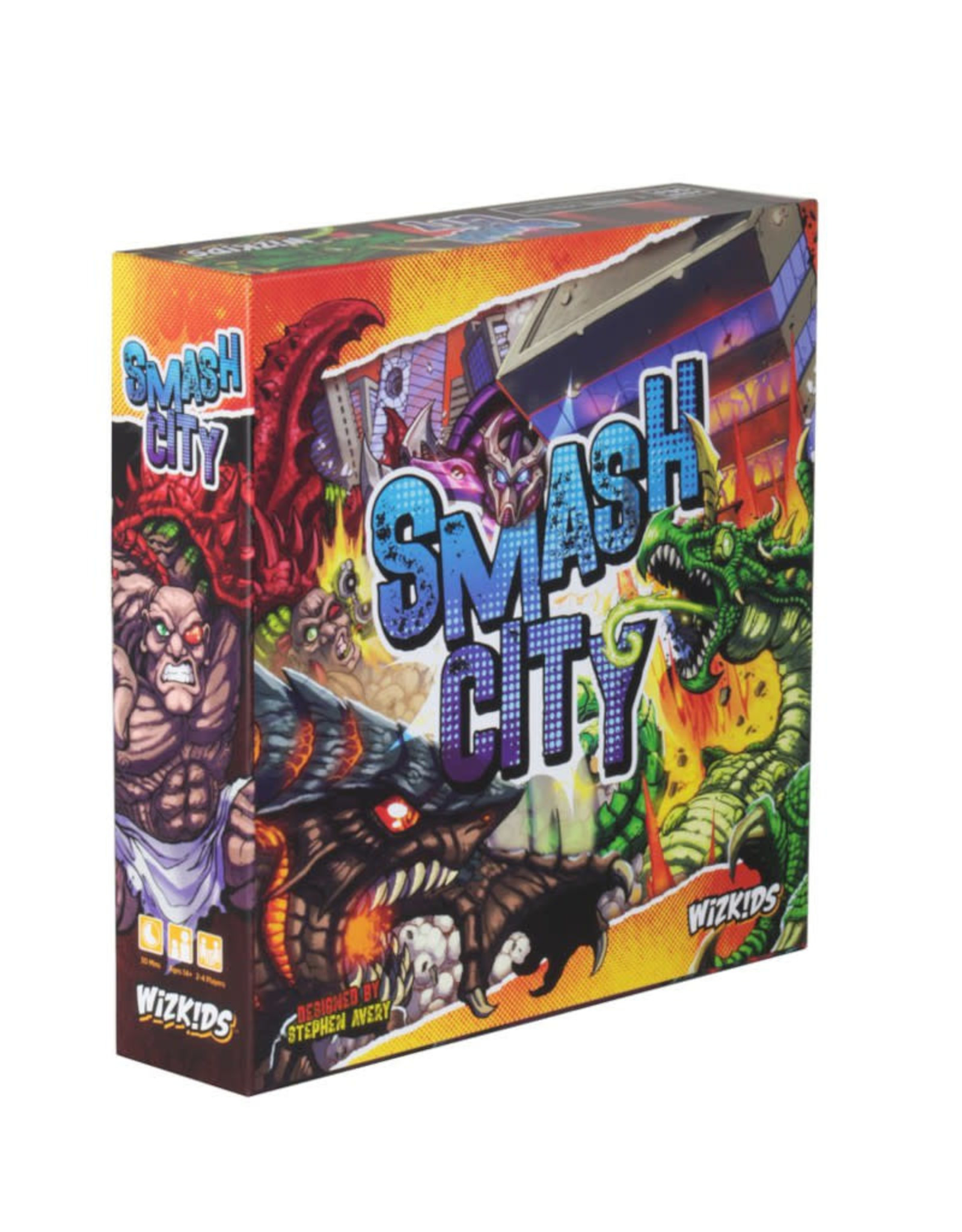 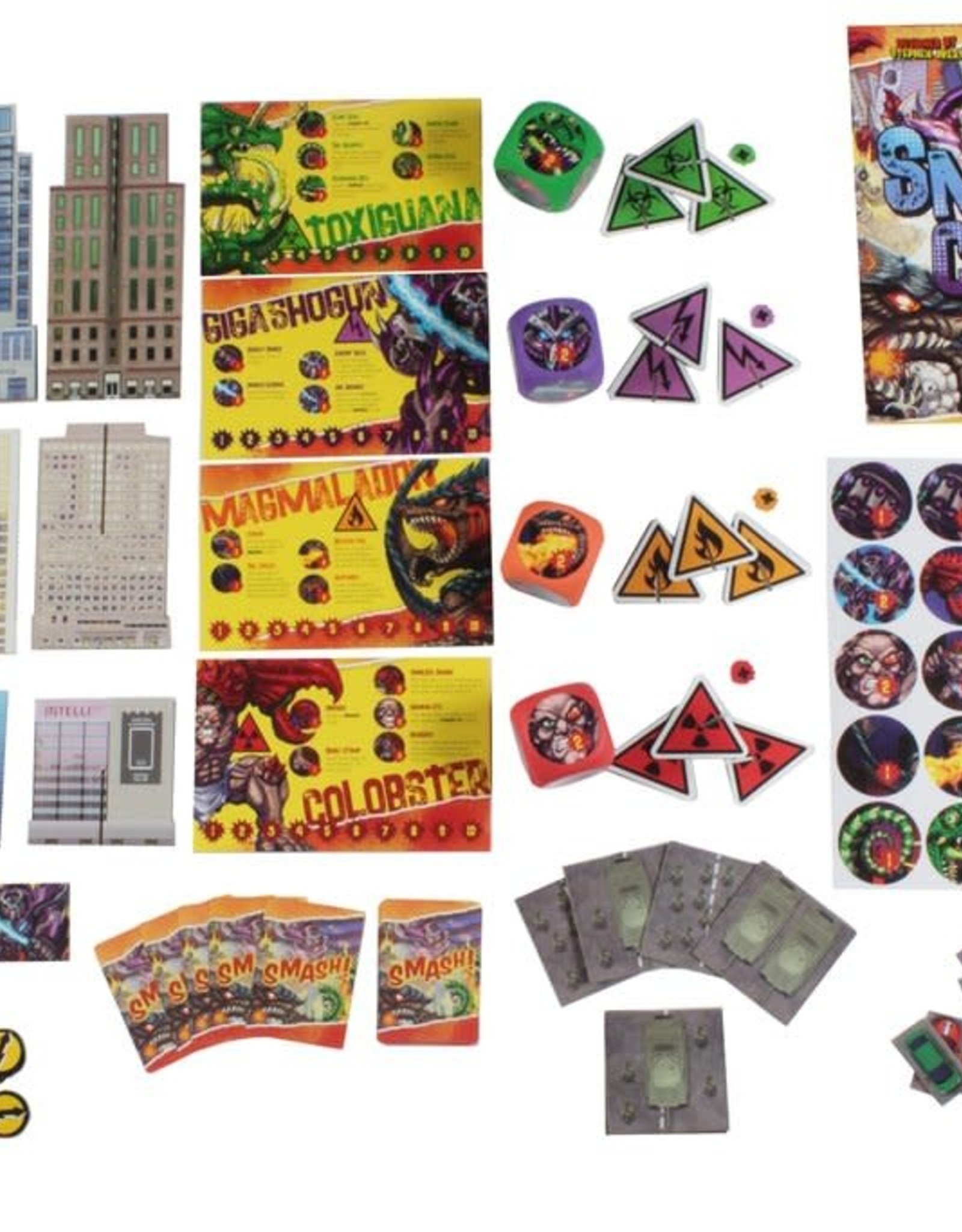 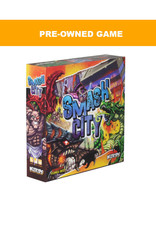 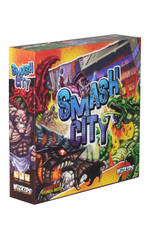 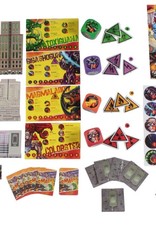 Players must have good aim and a deft hand as they roll their monster dice into the city knocking down buildings and attacking anything within range. You might even be able to throw cars at your foes!

Each of the four Kaiju has special powers and each favors a particular energy type. Use these to crush your foes and smash the city!

Players gain SMASH! cards as they destroy the city and will have to use their cards and powers to full effect if they hope to overcome their foes and be the victor of Smash City!