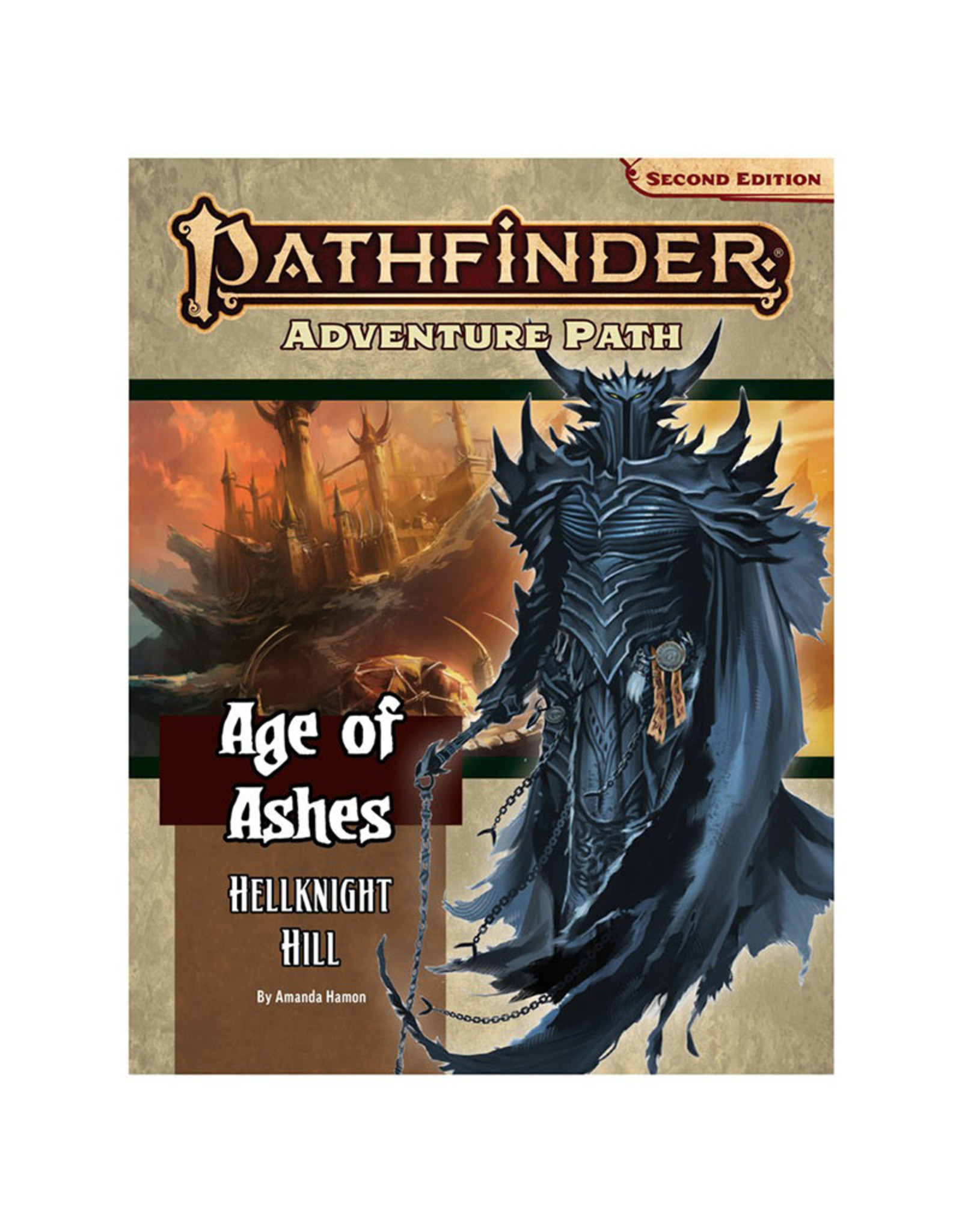 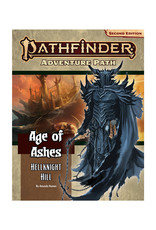 The Age of Ashes Adventure Path begins! When mysterious fires begin to burn atop the towers of a nearby citadel long ago abandoned by an order of Hellknights, a group of local heroes heads out to investigate. What they discover within the ruined castle and in the dungeons below its foundation will not only reveal an unexpected invasion and a long-forgotten magical wonder, but will propel these heroes forward into a continent-spanning conflict against cultists, slavers, and a fiery draconic devastation that could unleash an Age of Ashes upon the world!

“Hellknight Hill" is the first Pathfinder Adventure Path volume using the brand new rules for the Second Edition Pathfinder roleplaying game. This adventure is for 1st-level characters, and also includes an extensive gazetteer of the heroes' home town of Breechill, a guide for GMs on what to look forward to in this campaign, new magic items, and over half a dozen new monsters!