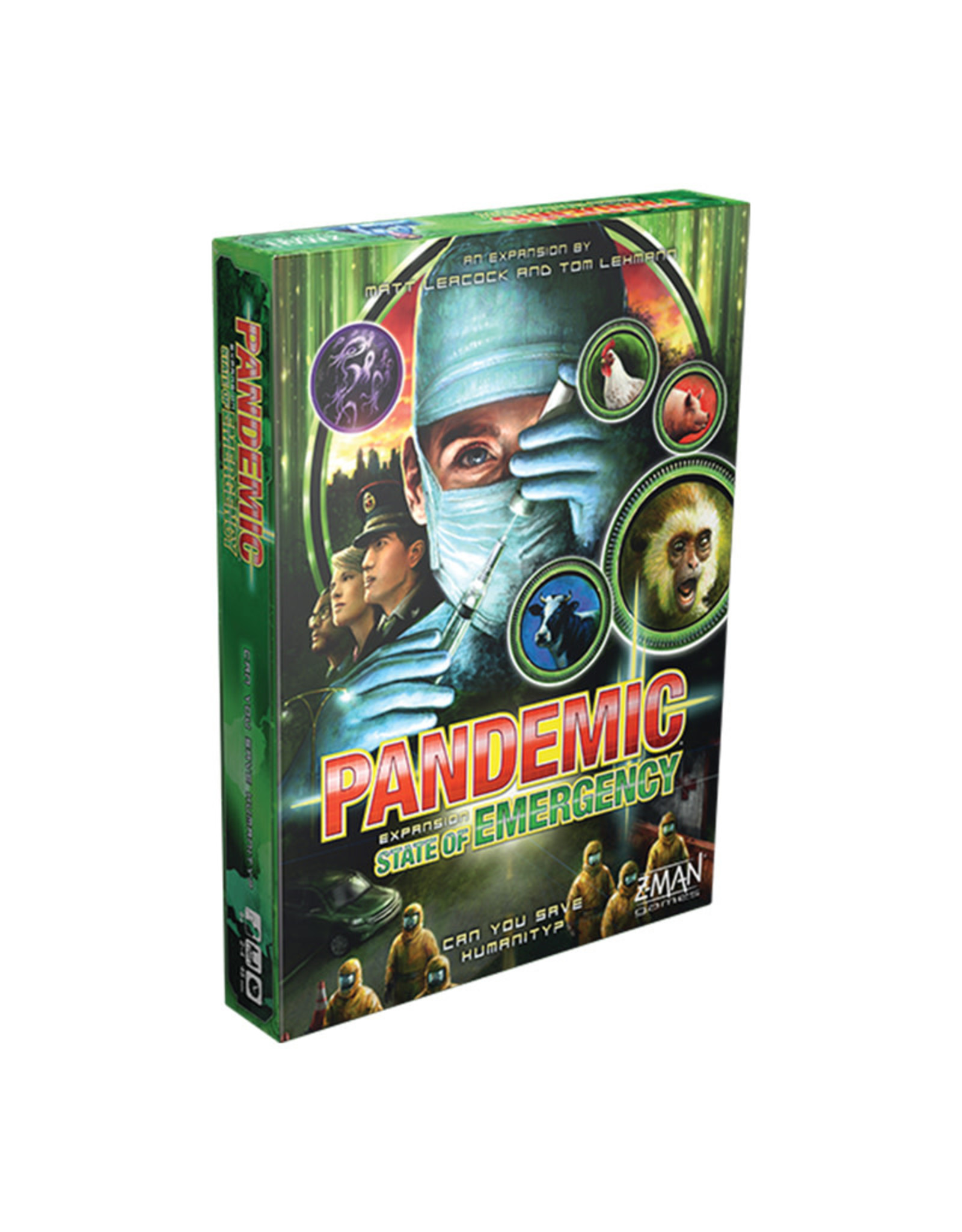 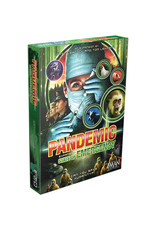 Your job of curing deadly diseases gets more difficult in State of Emergency, the third expansion for the hit cooperative game Pandemic. Three modules provide unique new ways to play and give you greater control over each game’s difficulty.

Take on one of five new roles as you tackle the Hinterlands Challenge and investigate disease strains that jump from animals to humans. Travel to four locations spread across two new boards as you trace diseases to their source. If you don’t act quickly, they’ll soon spread to nearby cities and become even harder to contain.

The Superbug Challenge raises the stakes even further by introducing a fifth disease that cannot be treated. Instead, players must collaborate to produce vaccine doses and eradicate the superbug before it’s too late.

If you want to inject increased difficulty into your games, the Emergency Event Challenge is for you. This peppers the player deck with Emergency Event cards that have nasty, unpredictable effects such as restricting players’ movement or reducing their maximum hand size. Only the most seasoned players can overcome this challenge!

Step up to the ultimate Pandemic challenge with State of Emergency!

This product is an expansion: Pandemic base game required to play.