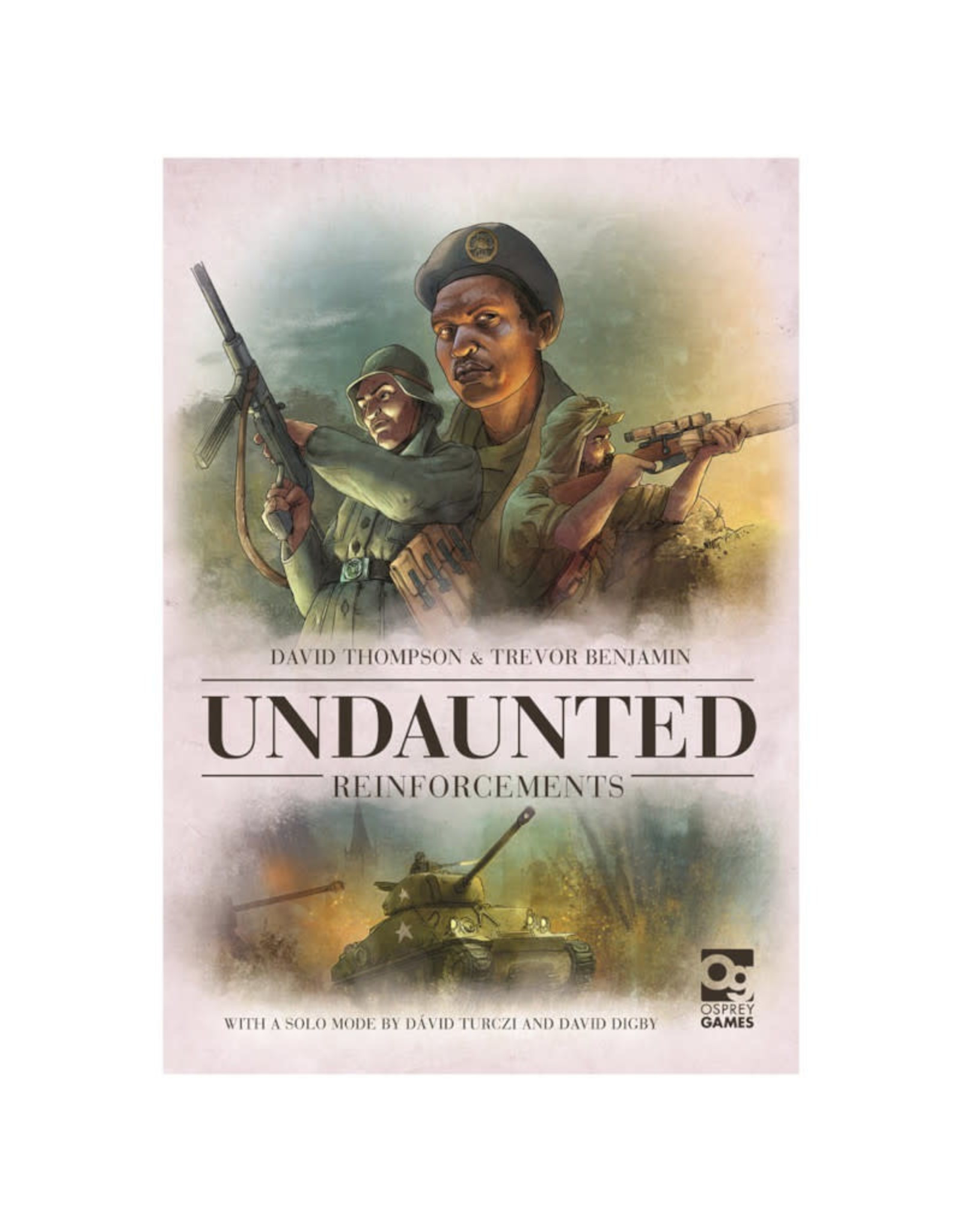 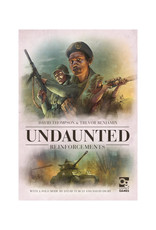 In North Africa, the Long Range Desert Group are a thorn in the sides of the Italian forces, disrupting vital lines of communication and striking at strategic targets ranging far and wide. In Normandy, US forces brace against a German counterattack, determined to maintain their foothold in the region. The fighting is intense and the outcome hangs on a knife-edge. With everything at stake, you desperately need reinforcements!

Undaunted: Reinforcements is a modular expansion that introduces a range of new rules, scenarios, and units. Unleash the might of the German and American tanks and see how your new squad options fare against them in Undaunted: Normandy, or make use of mines, assault aircraft, and other new units as you attempt to outfox your opponent in Undaunted: North Africa. Whether you have only one or the other, you’ll be able to play Undaunted for the first time in a four-player mode, or test your mettle in a solo mode by Dávid Turczi and David Digby.