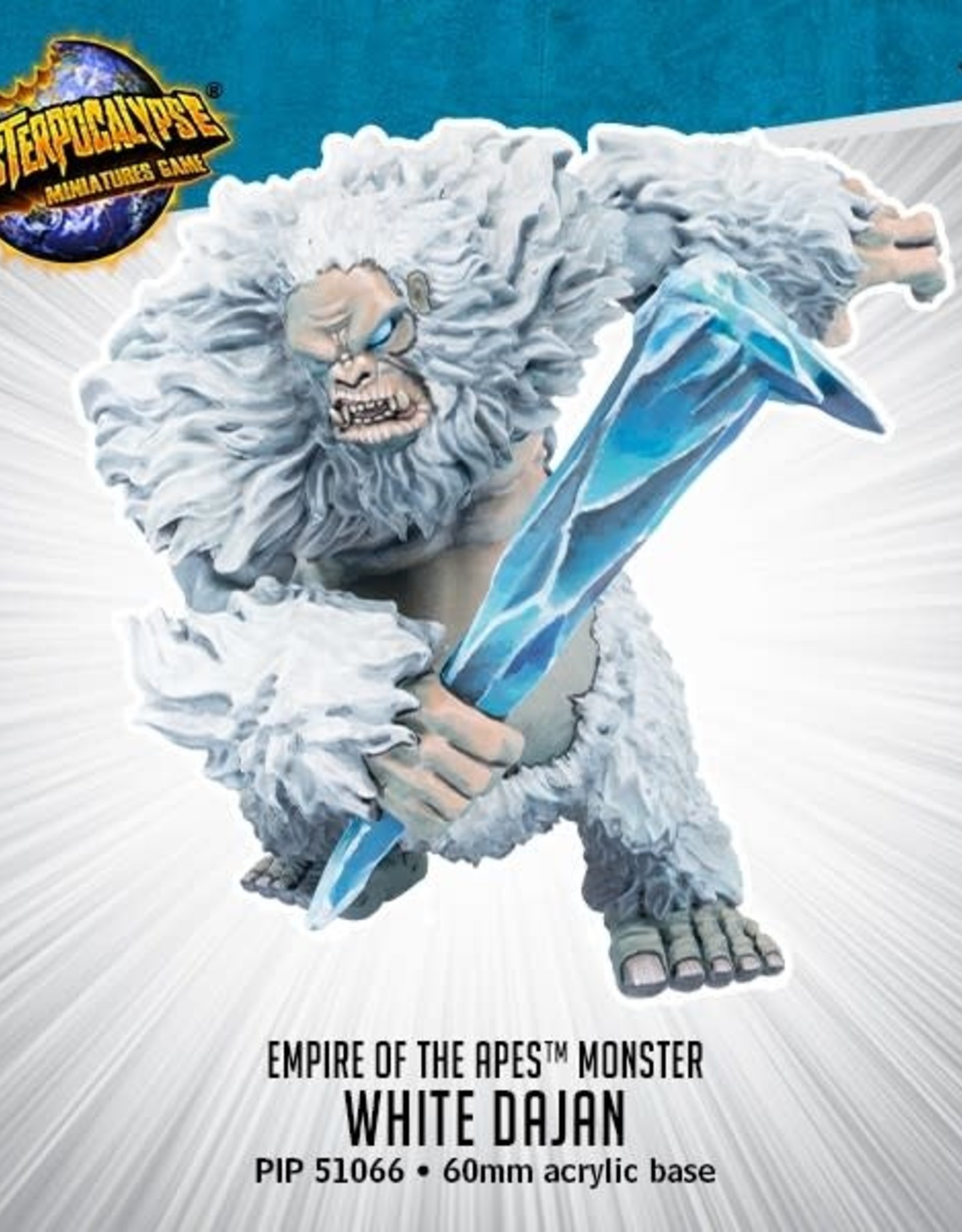 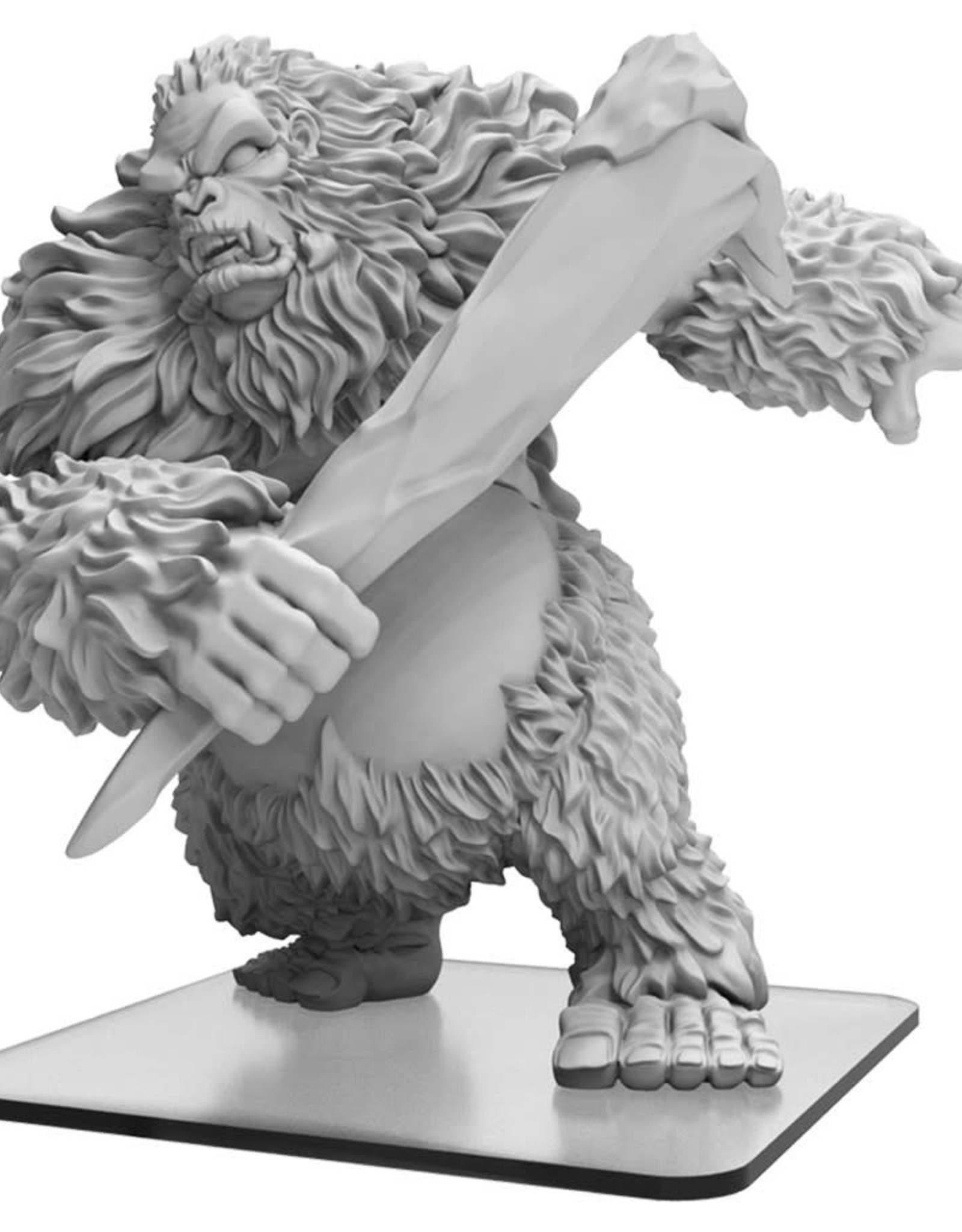 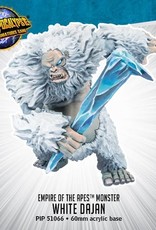 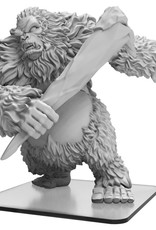 Thought to have emerged from somewhere within the harshest and most inaccessible peaks of the Himalayas, White Dajan is a ferocious giant ape that has emerged to confront Earth’s would-be despoilers. Possessing the power to summon winter’s ferocity, White Dajan is noted for his rage and unbridled violence even among the Empire of the Apes. He seems to have a particular hatred for buildings and crowded cities, seeking to level such structures whenever his anger is provoked. This makes him a perilous guardian, though he has also shown affection for humanity and a willingness to fight alongside them. Considering the foes Earth faces, a few toppled buildings are considered an acceptable price to pay to appease this formidable ally.

This month brings the third Empire of the Apes monsters to battle alongside other Protector forces. White Dajan is a solid monster in alpha, so steady that enemies find him difficult to body slam. He also enjoys knocking down buildings due to his Demolisher ability and encourages his ape brethren to be part of his wrecking crew. When he goes hyper, he channels the power of the icy mountains he calls home to surround himself with a blizzard that makes the ground at his feet treacherous territory. The space around him becomes so icy that he can easily beat back any monster he smashes with his frozen club.