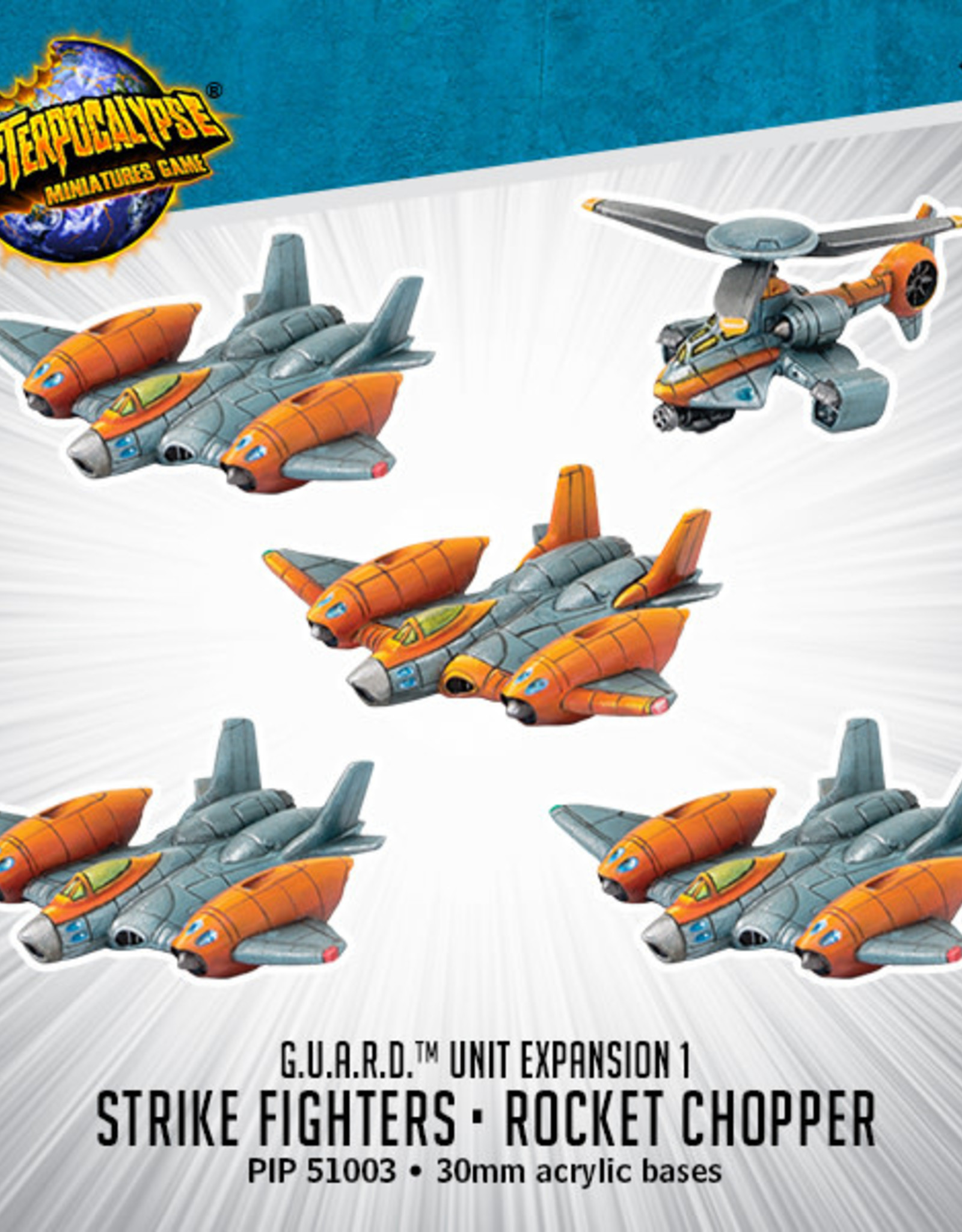 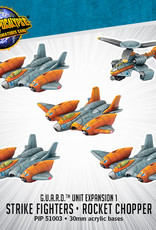 Shattering the sound barrier to arrive on the scene accompanied by sonic booms, Strike Fighters make up the air force of G.U.A.R.D. Each pilot is a fearless daredevil with his finger on the trigger of smart missile technology that can circumvent heavy cover.

Rocket Choppers trade the raw speed of Strike Fighters for flexibility of engagement. Armed with rocket pods, they adroitly weave between buildings to shake off pursuit and dodge incoming fire while spotting threats for more powerful units to engage.

This blister pack contains G.U.A.R.D. airborne units to expand your Protectors force. Strike Fighters are highly mobile units capable of projecting power almost anywhere you need it in the city. The Rocket Chopper is a powerful support model that makes all of your other models more accurate when shooting targets near it.