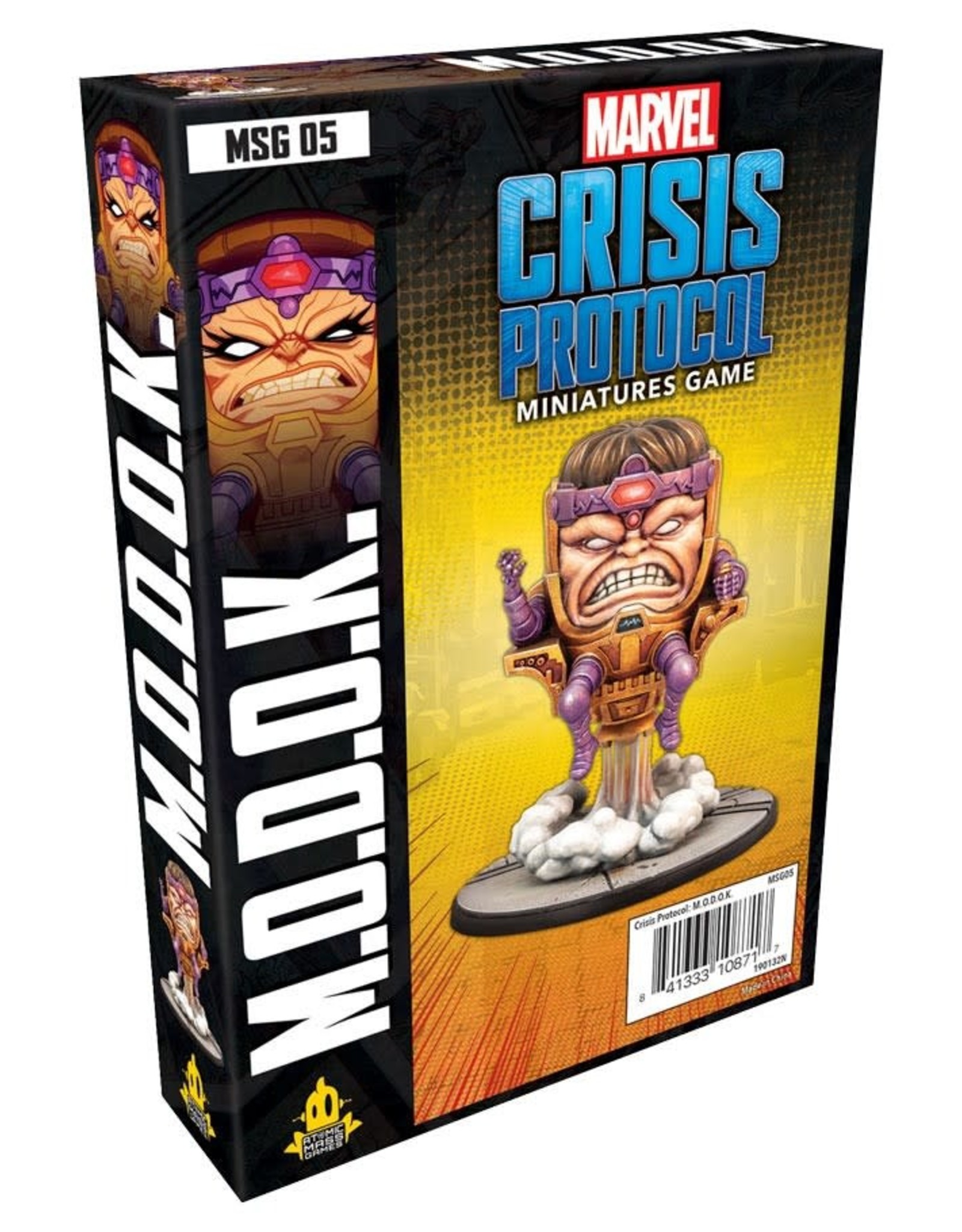 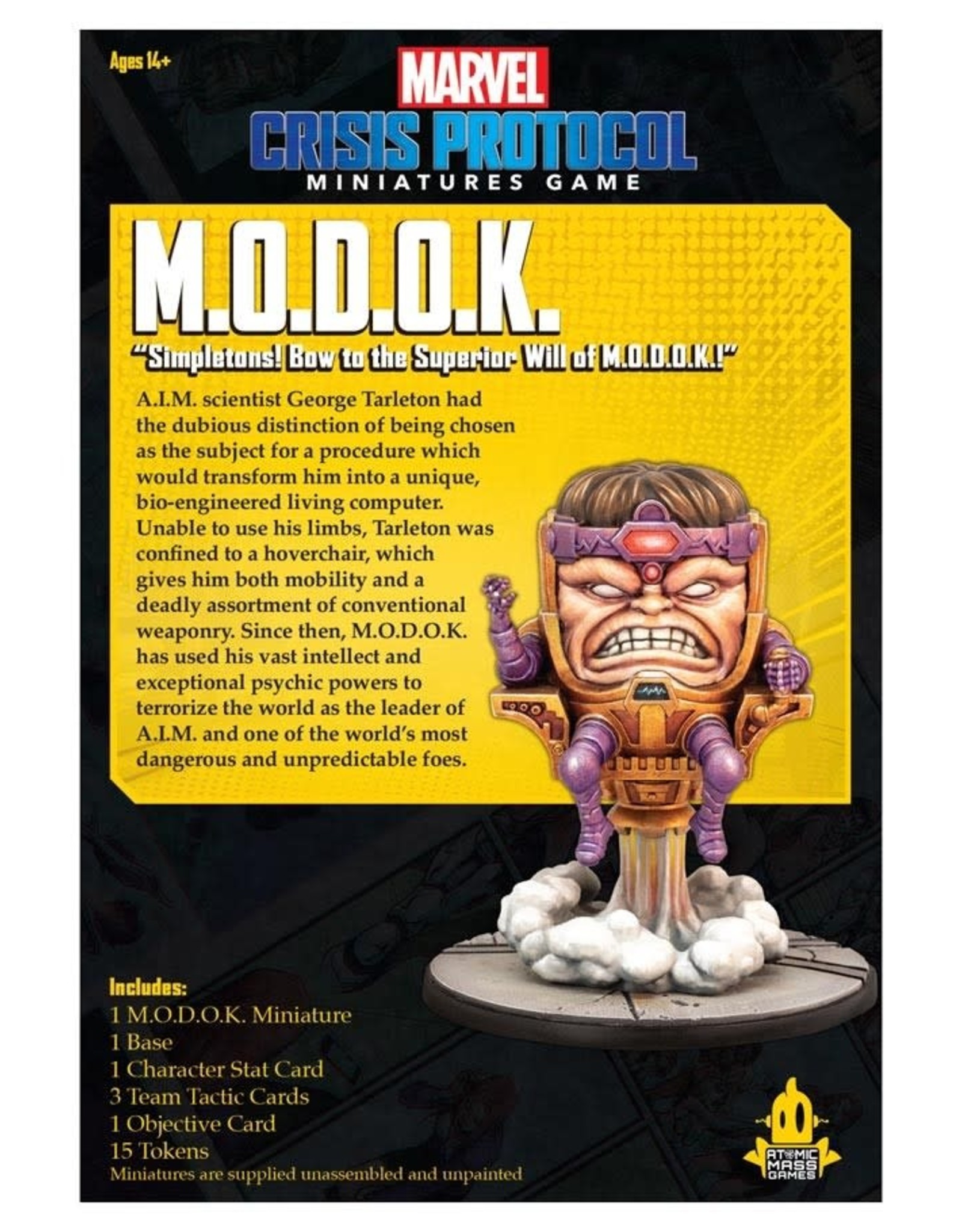 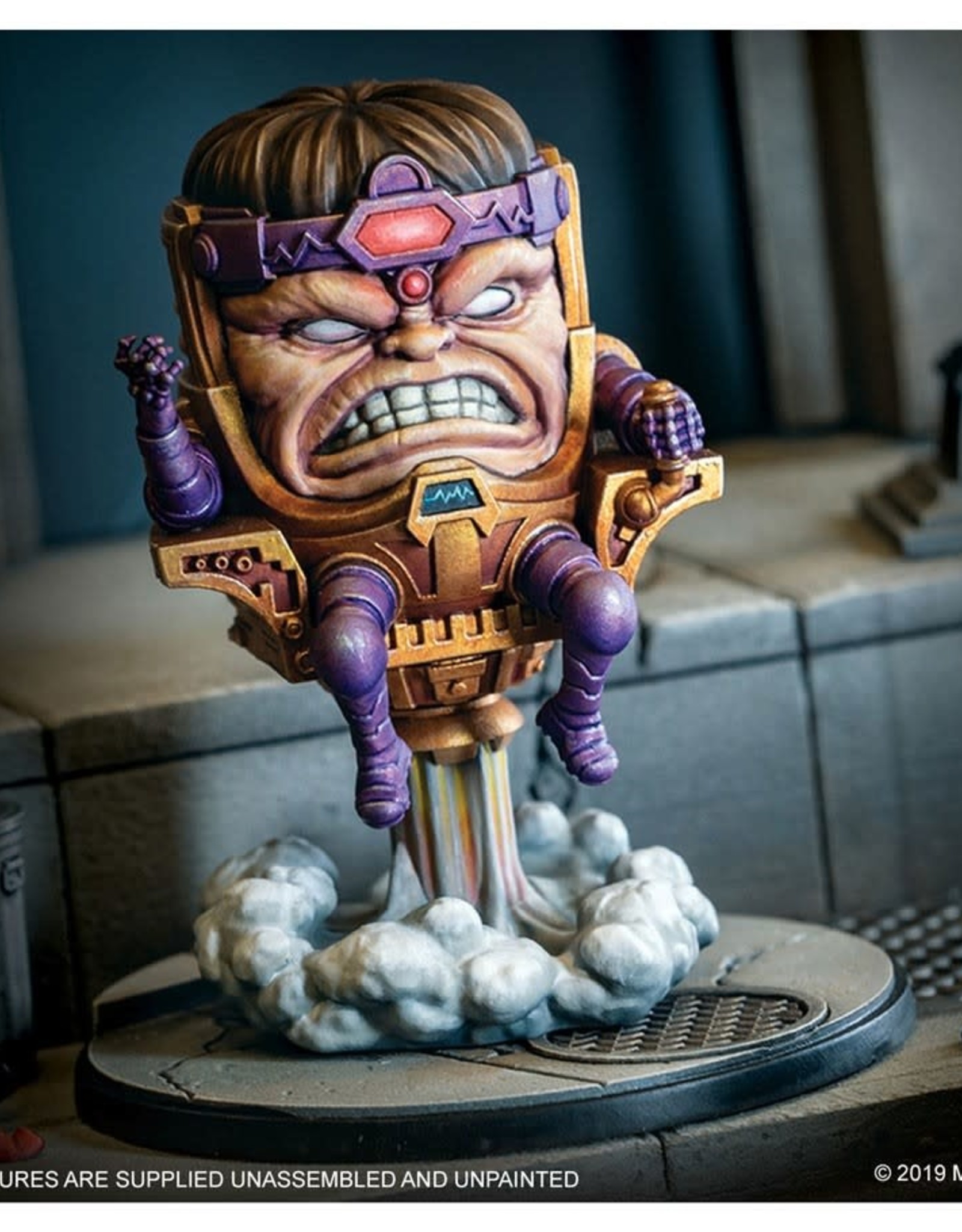 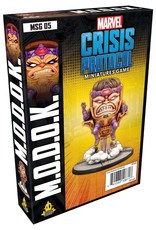 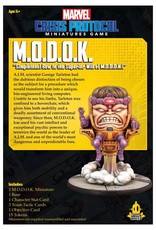 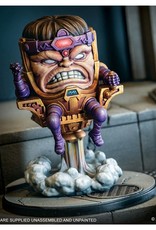 A.I.M. scientist George Tarleton had the dubious distinction of being chosen as the subject for a procedure which would transform him into a unique, bio-engineered living computer. Unable to use his limbs, Tarleton was confined to a hoverchair, which gives him both mobility and a deadly assortment of conventional weaponry. Since then, M.O.D.O.K. has used his vast intellect and exceptional psychic powers to terrorize the world as the leader of A.I.M. and one of the world’s most dangerous and unpredictable foes.

The box contains everything players need to add M.O.D.O.K. to their Marvel: Crisis Protocol collections. Miniatures are supplied unassembled and unpainted.