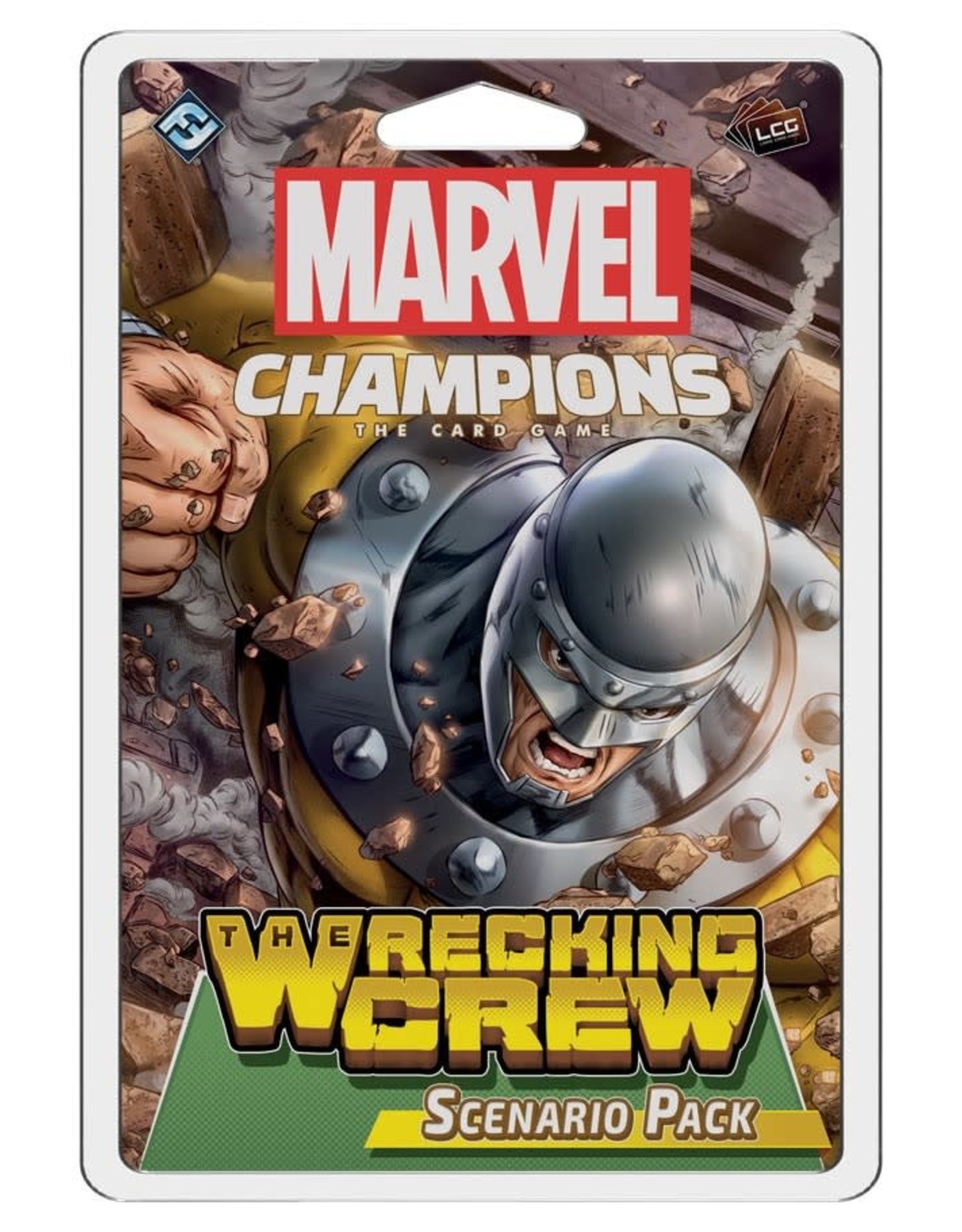 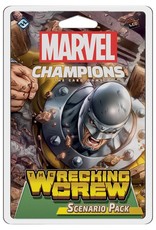 Since the four members of the Wrecking Crew decided to join forces, they’ve been a thorn in the side of every great Marvel hero, from Thor to the Defenders. Not just common thugs, the Wrecking Crew’s greatest asset stems from the magic imbued in team leader Wrecker’s Crowbar, granting each member immense physical strength and a mystical link between them.

Now, the four members of the Wrecking Crew are breaking out of prison, and only you can stop them in The Wrecking Crew Scenario Pack for Marvel Champions: The Card Game!

With 73 brand-new cards, this single scenario puts four villains in play at once, each with their own side scheme and deck. Can your heroes withstand the assault from Wrecker, Piledriver, Bulldozer, and Thunderball?