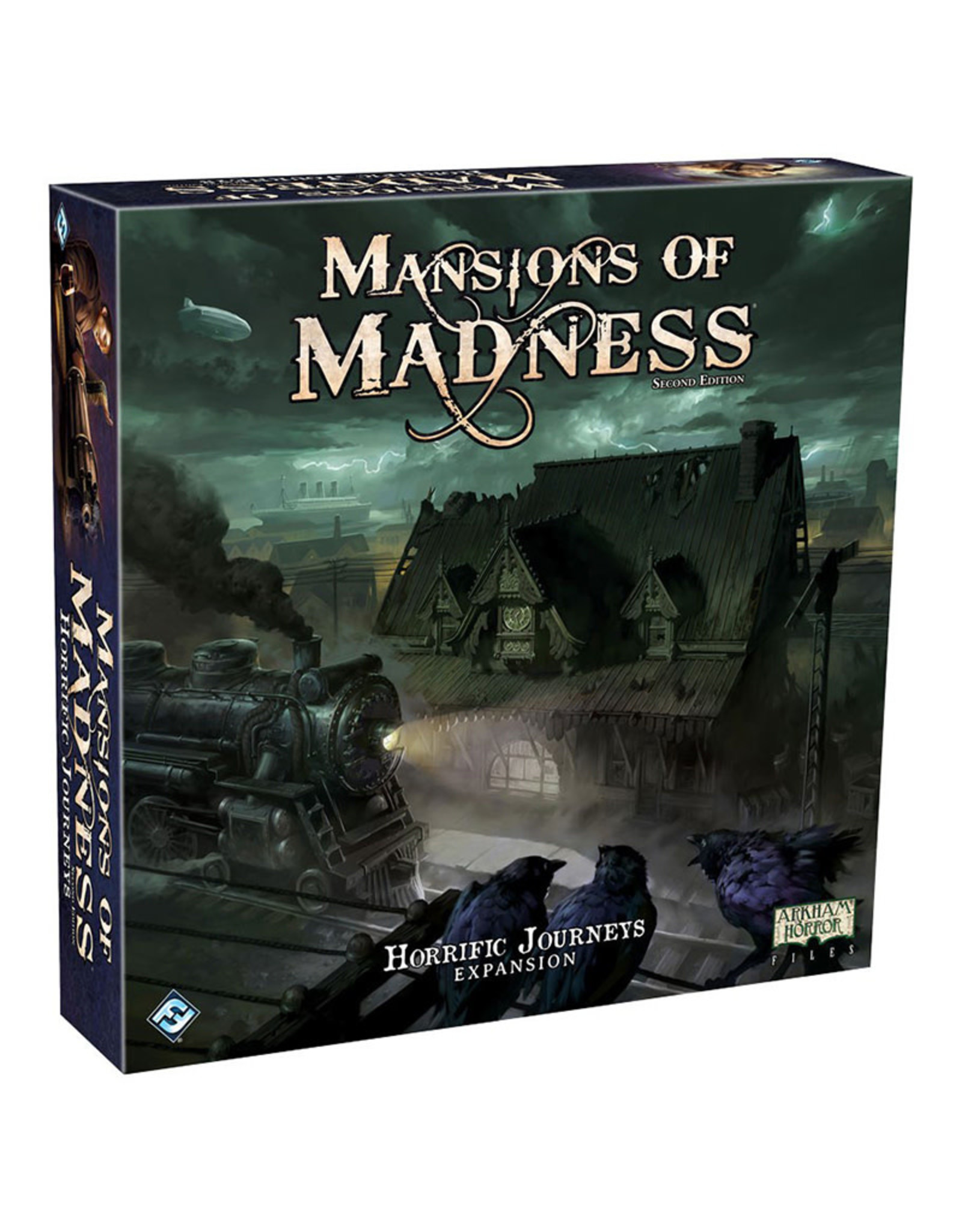 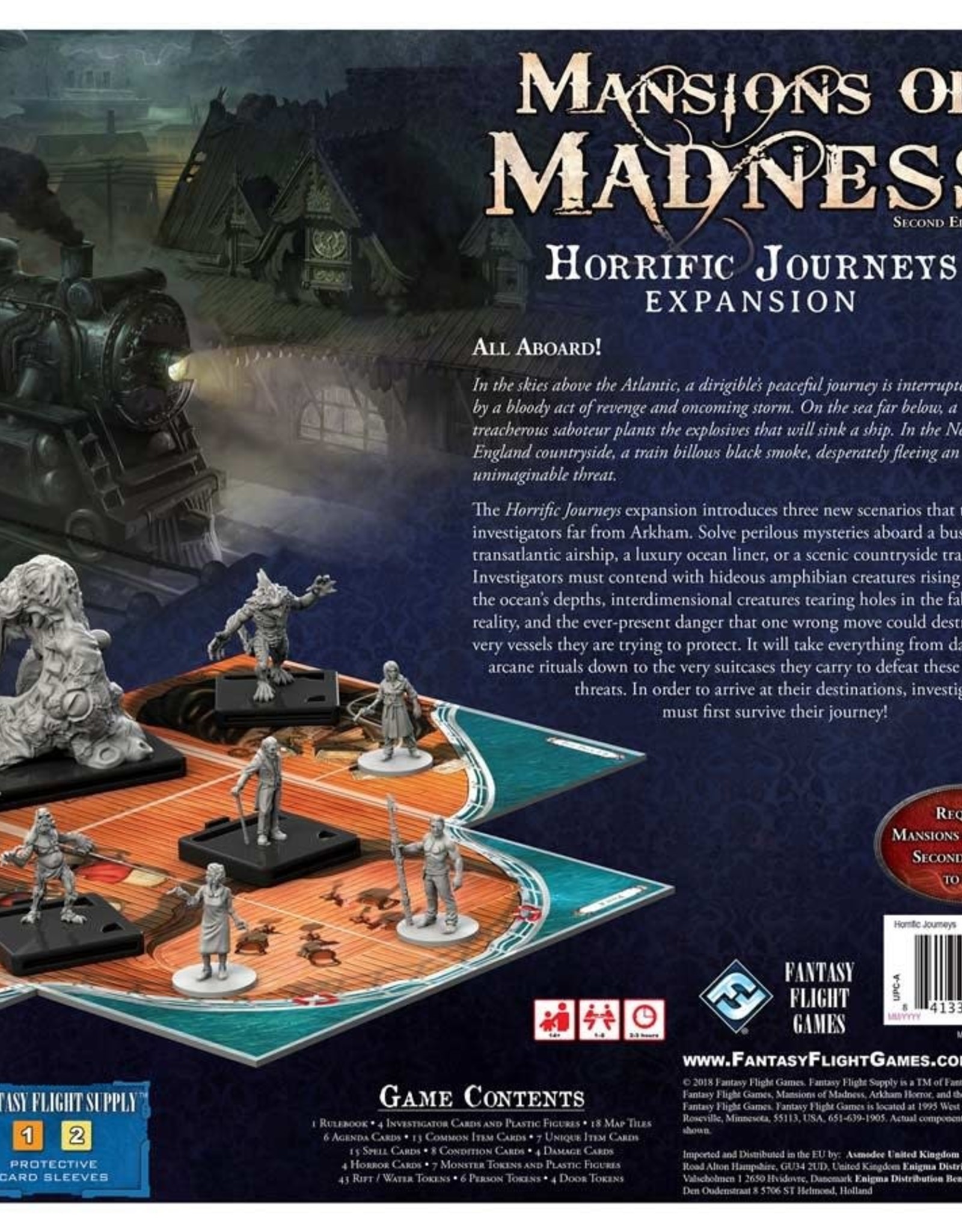 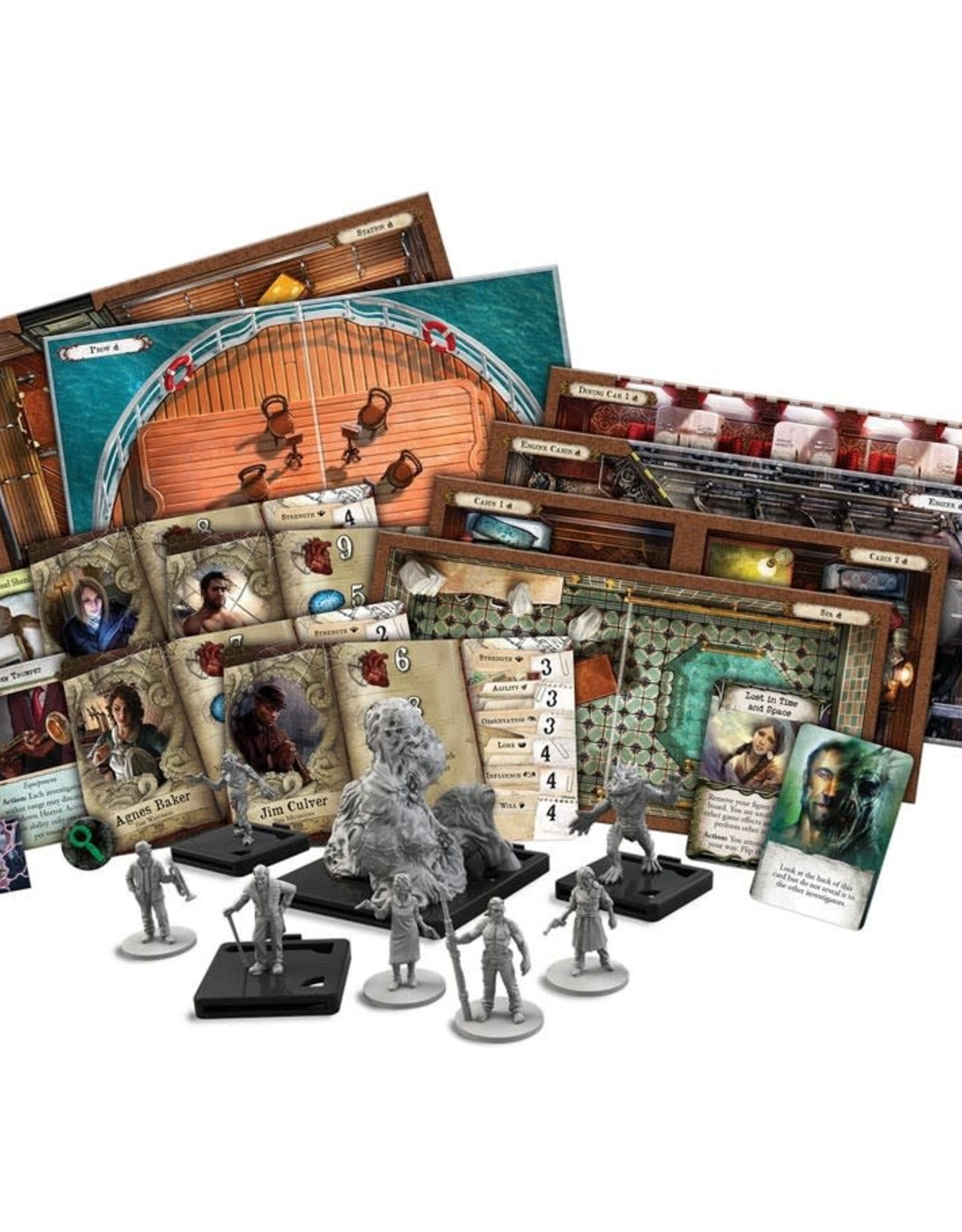 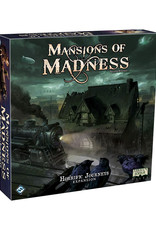 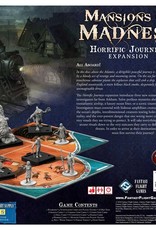 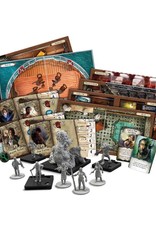 Requires the Mansions of Madness Base set to play.

In the skies above the Atlantic, a dirigible’s peaceful journey is interrupted by a bloody act of revenge and an oncoming storm. On the sea far below, a treacherous saboteur plants the explosives that will sink a ship. In the New England countryside, a train billows black smoke, desperately fleeing an unimaginable threat.

Horrific Journeys is a expansion for Mansions of Madness which unlocks three thrilling scenarios that take four new investigators far from Arkham, solving mysteries aboard a bustling transatlantic airship, a luxury ocean liner, and a scenic countryside train. With new map tiles, puzzles, monsters, and mythos events, these brave men and women must contend with hideous amphibian monstrosities and interdimensional creatures tearing holes in the fabric of reality all with the knowledge that one wrong move can destroy the very vessels they are trying to protect! In order to arrive at their destinations, the investigators of Arkham must first survive their journey! 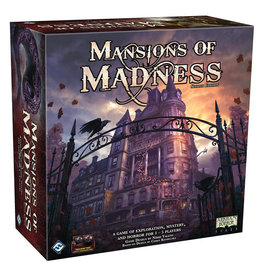