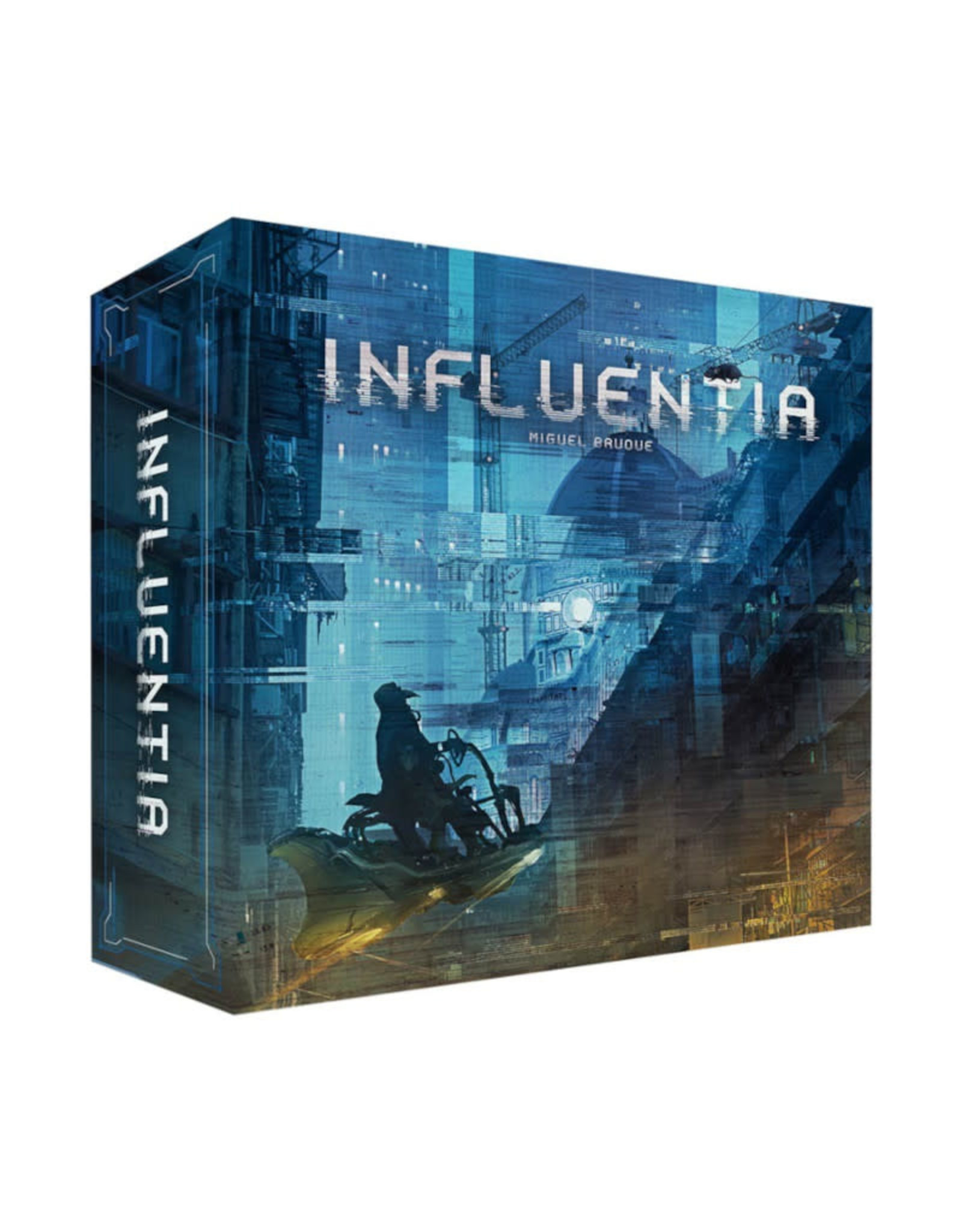 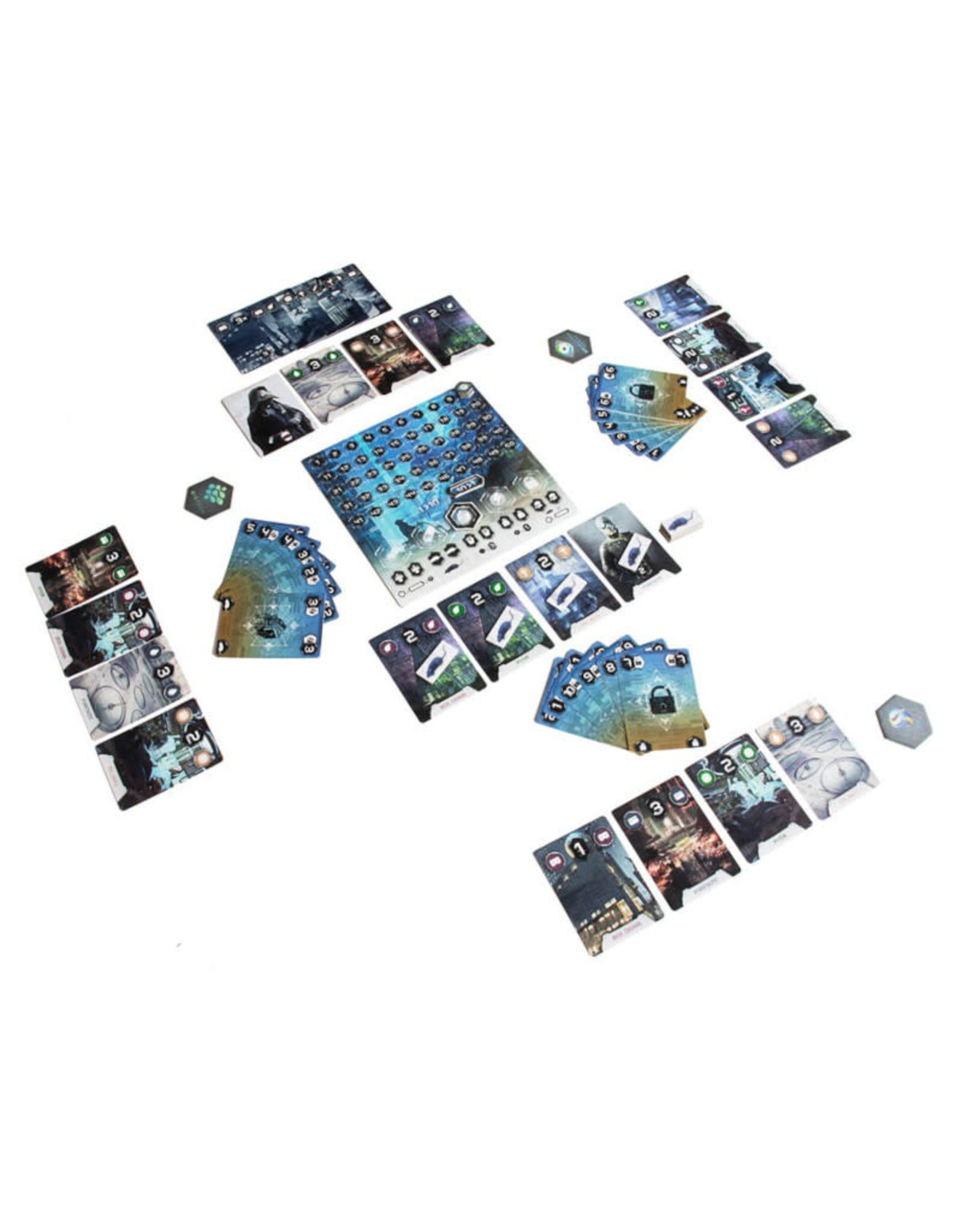 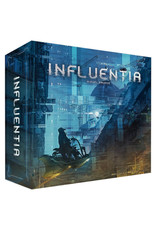 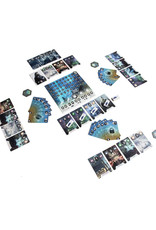 The Year 2077. Four families of identical lineage; a country, Italy, the setting to this scene, and an ancient conflict perpetuated in time. Northern Italy is now a battlefield where megacorporations fight to control the main sources of power.

Perhaps you can influence the netrunners of Bologna or control the cyber traffic of implants through the technosurgeons of Pisa. It won’t be easy, but you have to beat rival families to reach the top. Your future is at stake.

Influentia is a card game based on classic trick-taking card games. In each trick, players play one of their Resource Cards. The winner of the trick may choose one of the City Cards from among those available or the Resource Card that was just played by another player. The other players keep the cards they played as these will allow them to activate a variety of effects once they have two identical Symbols. After 3 rounds, the player who has won the most victory points wins the game.