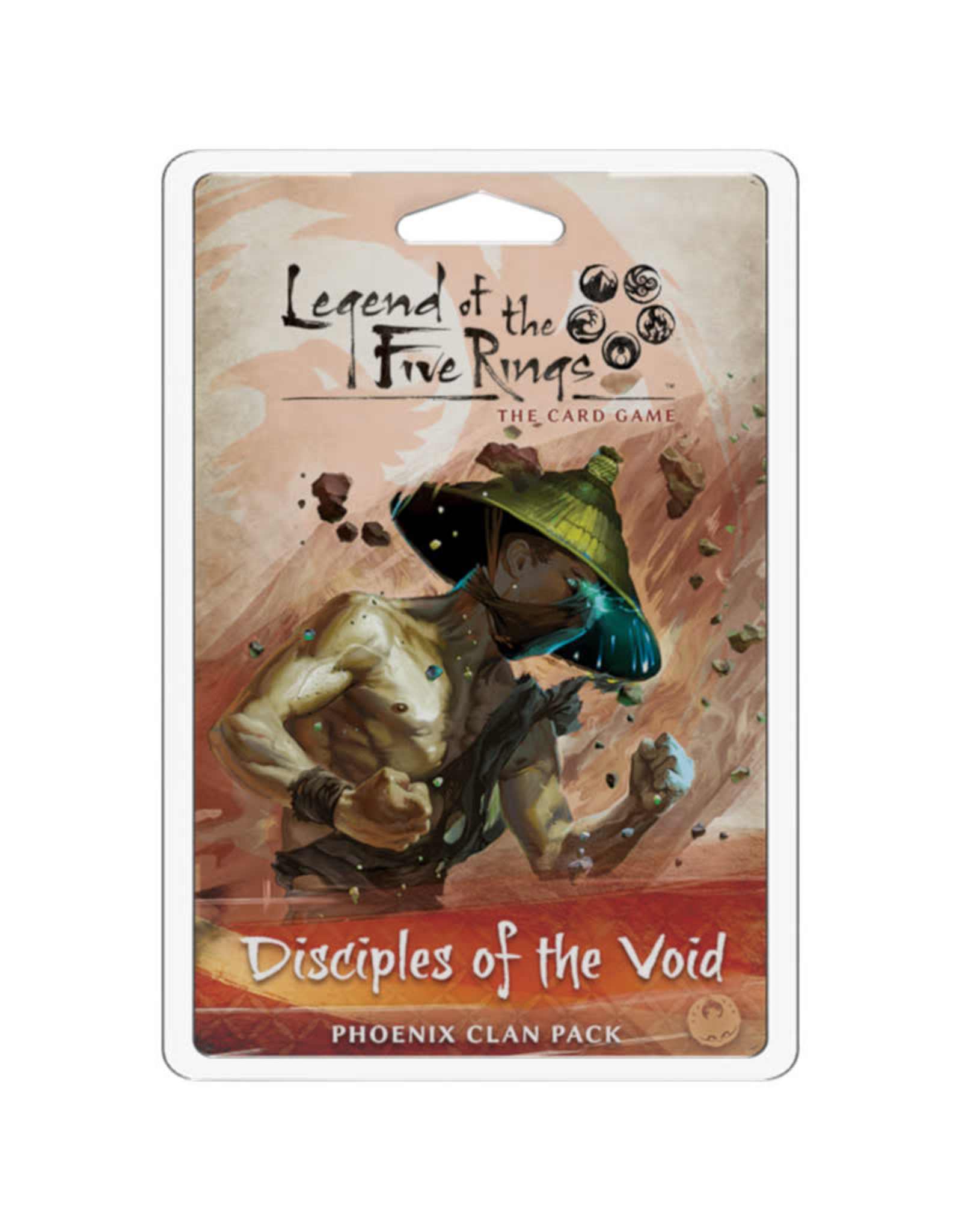 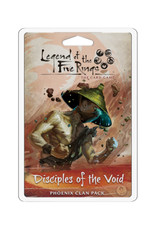 Fantasy Flight Games is proud to announce the Disciples of the Void, a Phoenix Clan Pack for Legend of the Five Rings: The Card Game!

Somewhere between a Dynasty Pack and the Deluxe Expansions found in our other Living Card Games™, this clan pack contains 78 new cards (three copies each of twenty-five different cards and one copy each of three different cards). Primarily focusing on the Phoenix Clan, Disciples of the Void features a different spell for every element, a bevy of Shugenja with powerful effects, a new role card, the highest costed character in the game, and much more.