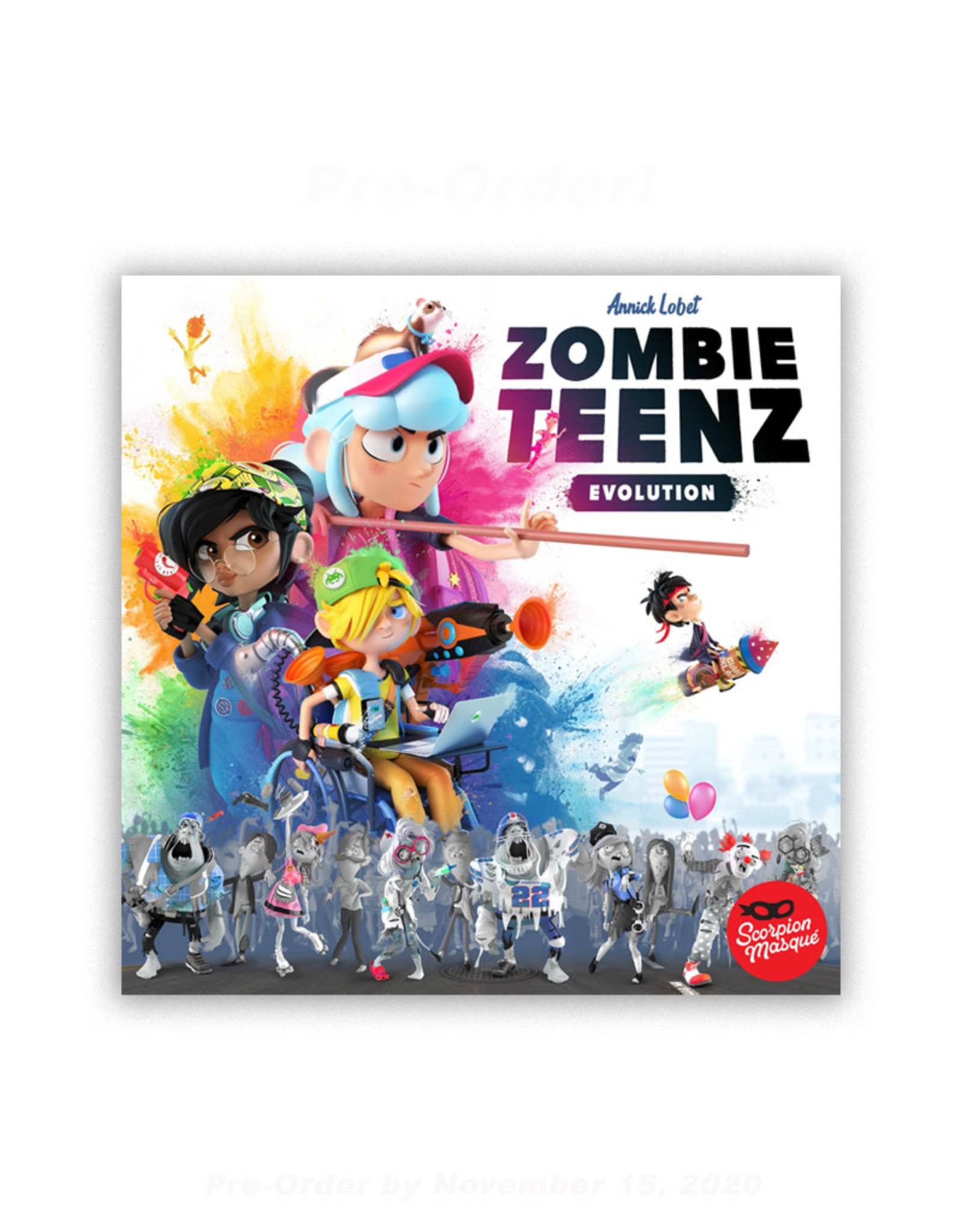 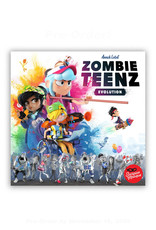 Zombie Teenz Evolution, a Cooperative Game Where Your Team is Challenged to Create an Antidote that will Inject Some Humanity Back into the Zombie Horde (Le Scorpion Masque).

Zombie Teenz Evolution is the sequel to Zombie Kidz Evolution (#1 Kids` Game on BGG). It is a standalone game with a different set of rules, so you don`t need to have played the first game to jump into the second. Zombie Teenz Evolution follows the same general guidelines as its predecessor: a fast and simple game whose rules evolve from game to game through the opening of 14 Mystery envelopes. By accomplishing special Missions, players unlock additional content that will provide a richer experience, while constantly renewing the enjoyment of the game. The icing on the cake: the two games are compatible!

This is a great way to introduce your kids to a Legacy game! You play a series of games that each interconnect into a larger campaign. 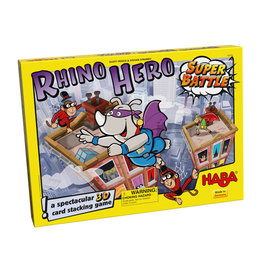