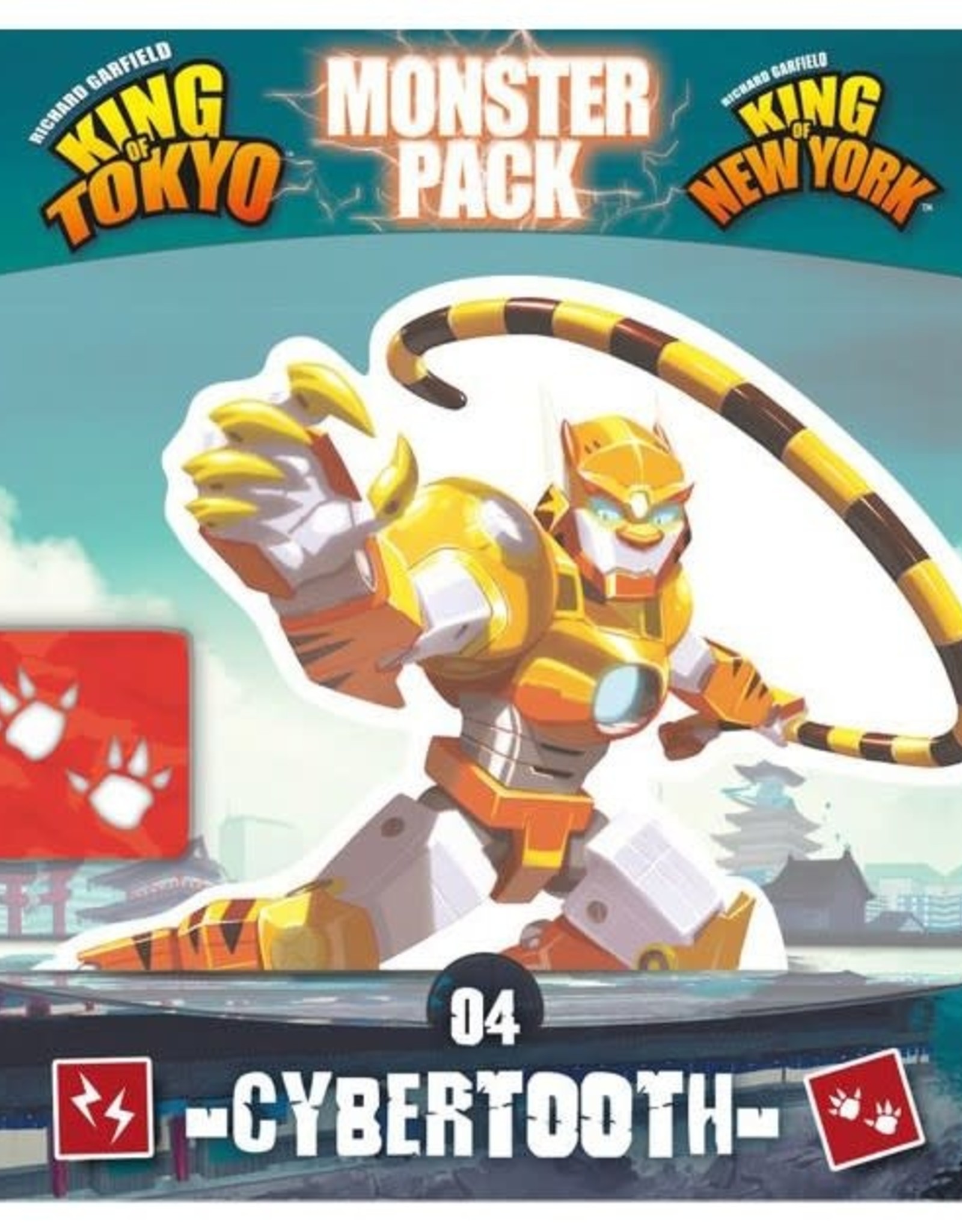 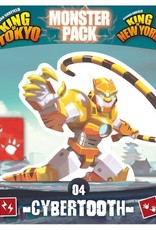 A roaring howl with metallic intonations explodes all the windows of the surrounding buildings! The shock wave creates a huge wave that falls onto the bay. At the epicenter of chaos, in a crash of titanium and iridium, Cybertooth has just entered the arena

Discover an amazing new Monster Pack that will literally transform your King of Tokyo and King of New York games! Cybertooth is a formidable giant robot that transforms at will into fierce tiger with metal saber teeth, as cruel as unpredictable. Each form has different evolutions and powers, offensive and defensive, for an intense gameplay.

The Monster Pack Cybertooth also offers a new game mechanic, compatible with all existing monsters: the Berserk mode! Now, as soon as you get 4 or more smashes, your monster goes into uncontrollable fury and rolls the Berserk Special Dice in addition to the other dice.

A Berserker monster creates more damage, but it can also hurt itself! And as long as it is in this state of absolute rage, it can not heal! Do you dare to activate this furiously fun mode when you start the game?