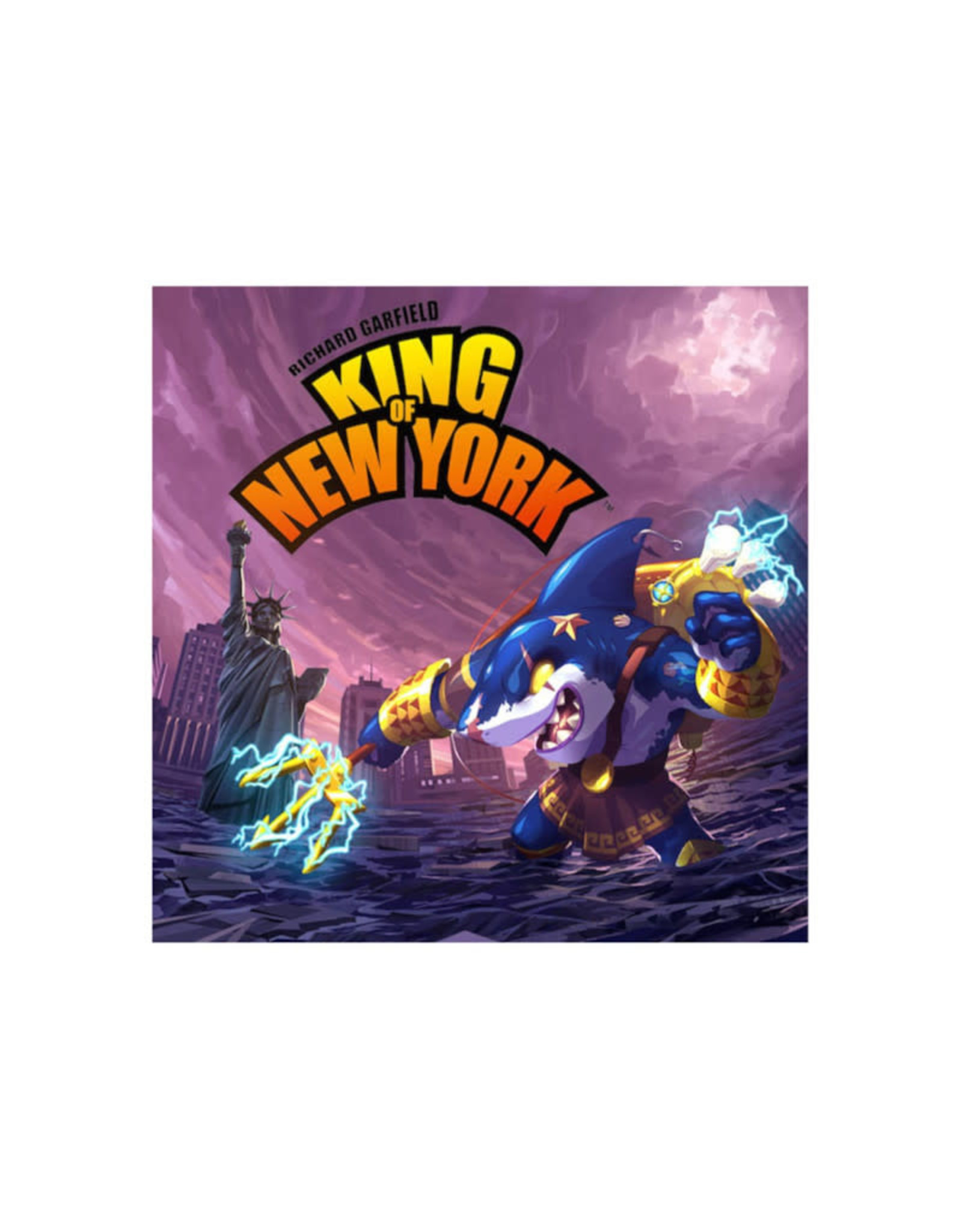 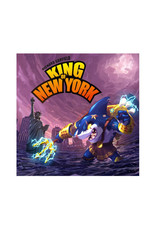 King of New York monsters are ready to level up and travel across continents!

Captain Fish, Sheriff, and their fellow monsters now have two unique sets of evolution cards for both New York and Tokyo! And a new challenger joins them: Sharky!

In New York, roll 4 Hearts (not necessarily on the same roll!) to draw a card and access destructive new Powers! And now, King of Tokyo fans can mix monsters from both games to compete for supremacy over Tokyo with Evolution cards!