Game of Thrones LCG Fury of the Storm Expansion

Home / Game of Thrones LCG Fury of the Storm Expansion 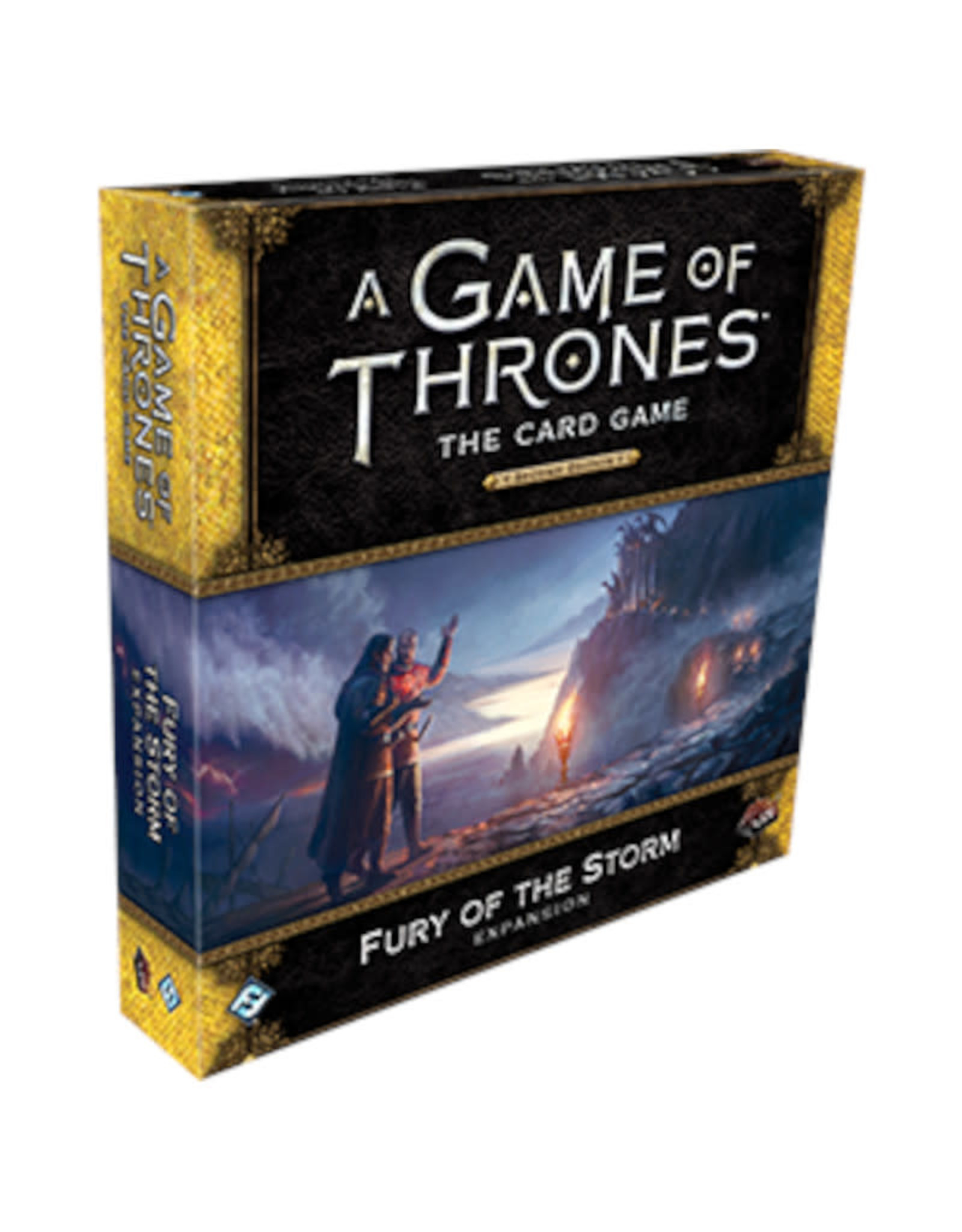 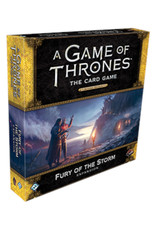 The Baratheons have held dominion over the Seven Kingdoms since Robert Baratheon seized the Iron Throne in open rebellion. This makes House Baratheon the most powerful House in Westeros, but it also means the Baratheons must constantly guard against the schemes of those who would threaten their throne. The threats come not only from other Houses, but also from within: as Renly Baratheon raises an army in the south, his brother Stannis turns to a new faith on Dragonstone. But if you can unite the brothers under your command, Westeros is sure to be yours!

Fury of the Storm is a deluxe expansion for A Game of Thrones: The Card Game that shines the spotlight on House Baratheon, the rulers of the Seven Kingdoms in the opening of George R. R. Martin’s A Song of Ice and Fire series. This expansion provides you with 156 cards, including new versions of powerful characters like brothers Robert, Stannis, and Renly Baratheon and cards that explore the King and R’hllor traits. But the Baratheons are the only ones to gain new tools. Every House in A Game of Thrones: The Card Game is represented here, gaining new House cards and a collection of neutral cards that any leader can use to their advantage.

Now, as Westeros threatens to fall into chaos, House Baratheon will come together bring their full force down upon those who would defy their rule. They will not surrender their power, and all who stand against them will see that theirs is the fury!

Item Discountinued (out of print)