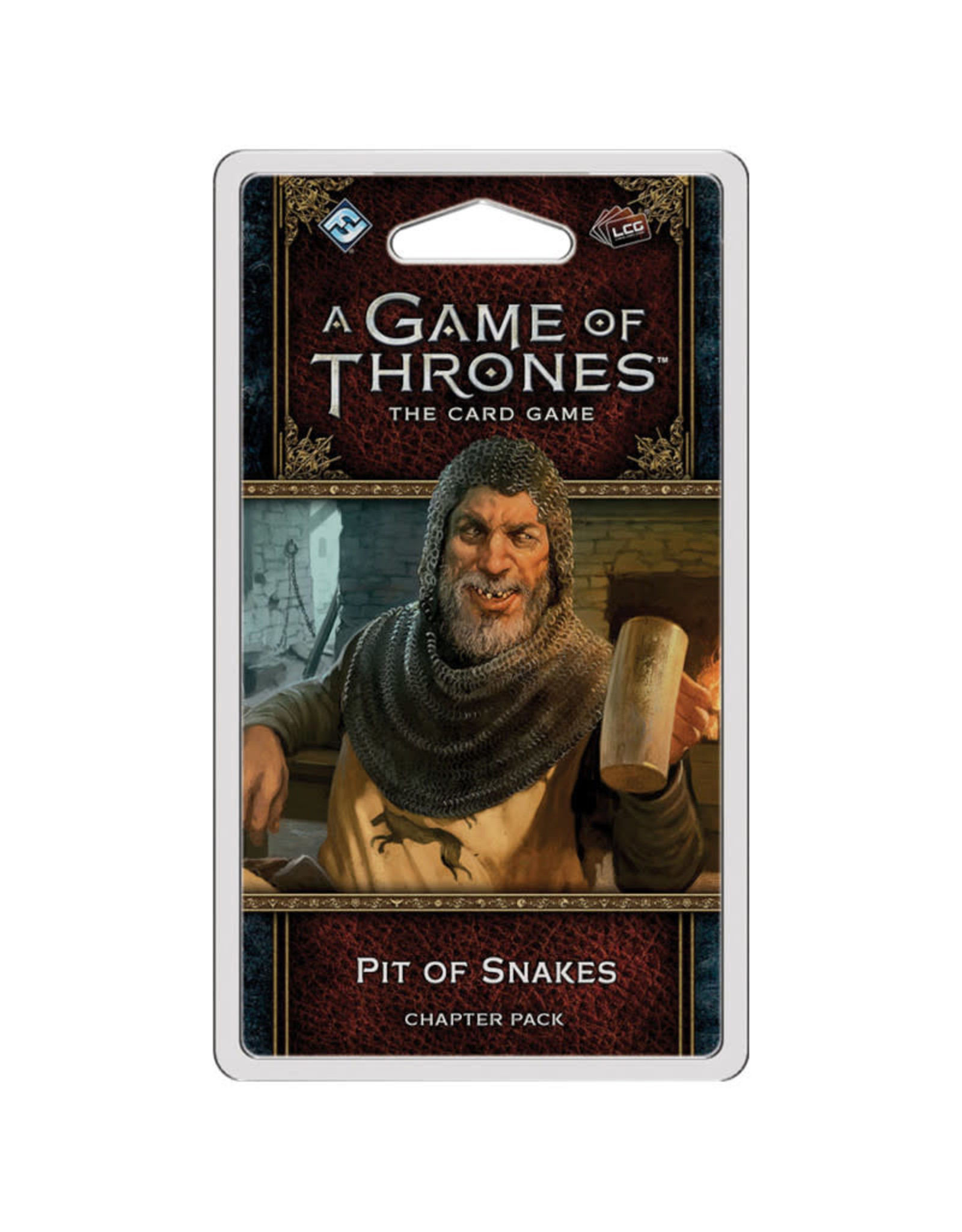 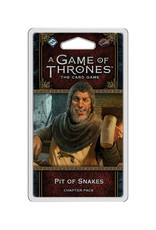 Beware the treacheries of the church and the court in Pit of Snakes, the third Chapter Pack in the King's Landing cycle for A Game of Thrones: The Card Game!

In the sixth cycle of A Game of Thrones: The Card Game, you are free to explore the streets and alleys of the capital of the Seven Kingdoms without being bound to a linear set of events as played out in A Song of Ice and Fire.

Pit of Snakes takes you to the heart of King's Landing, where wise Maesters, noble Lords, and cunning Ladies spin their intrigues in pursuit of power with the continued exploration of the shadow keyword, first introduced in the Dance of Shadows cycle. Featuring new versions of key characters and a variety of cards to help you build a deck around The Seven trait, this Chapter Pack provides you with the tools you need to take your battles in Westeros to the next level. But be wary—the more power you gain, the greater target you become!

Item Discontinued (out of print)