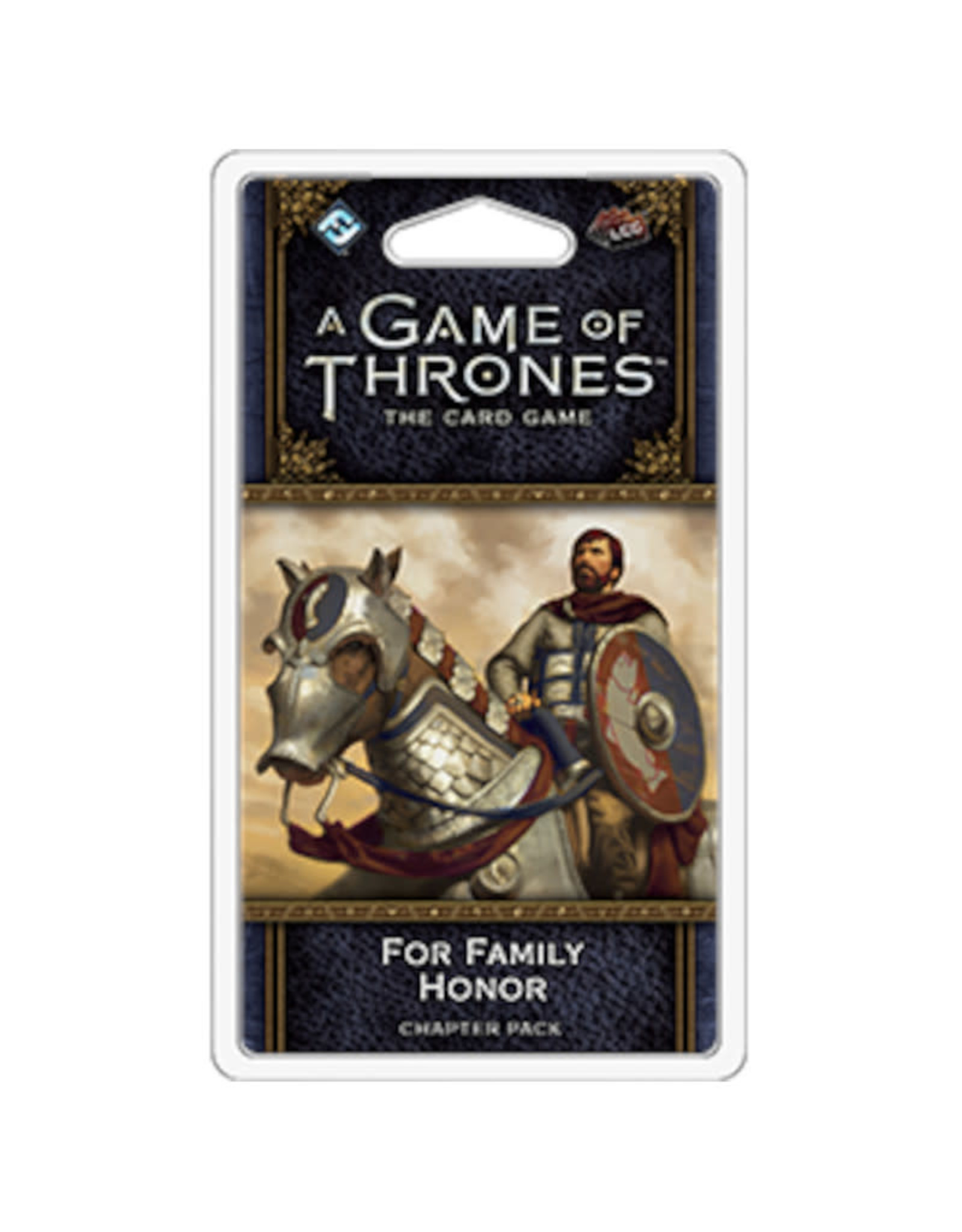 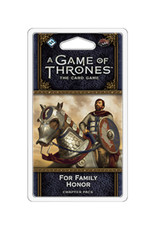 The War of Five Kings has already begun to shape the future of Westeros. Robb Stark marches on Lannister holdings, even as Tywin Lannister menaces the Riverlands from Harrenhal. To the south, Stannis Baratheon lays siege to Storm's End and Renly Baratheon calls upon the might of Highgarden to break his brother's armies. Yet in the midst of these kingly conflicts, another drama unfolds far to the north. From Castle Black, the Night's Watch rides forth in a great ranging and ventures beyond the Wall to confront Mance Rayder and brave the fury of the wild. If they fail to defend the realms of men, the consequences could reach far beyond the icy heights of the Wall.

A Game of Thrones: The Card Game – For Family Honor is an upcoming Chapter Pack in the "War of Five Kings" cycle that continues to follow the storyline of A Clash of Kings. Throughout this Chapter Pack, you'll find plenty of new cards that support the major themes of the cycle. New Kings and Crowns invite you to stake your own claim to the Iron Throne, even as other cards heighten the importance of loyal cards: the characters you can truly trust, the locations that would never fall, the events and tactics that you utterly control. Finally, For Family Honor introduces iconic characters to join the game, including Ser Edmure Tully, a House Tyrell version of Renly Baratheon, and Hot Pie.

Item Discontinued (out of print)