The Hunters: German U-Boats at War 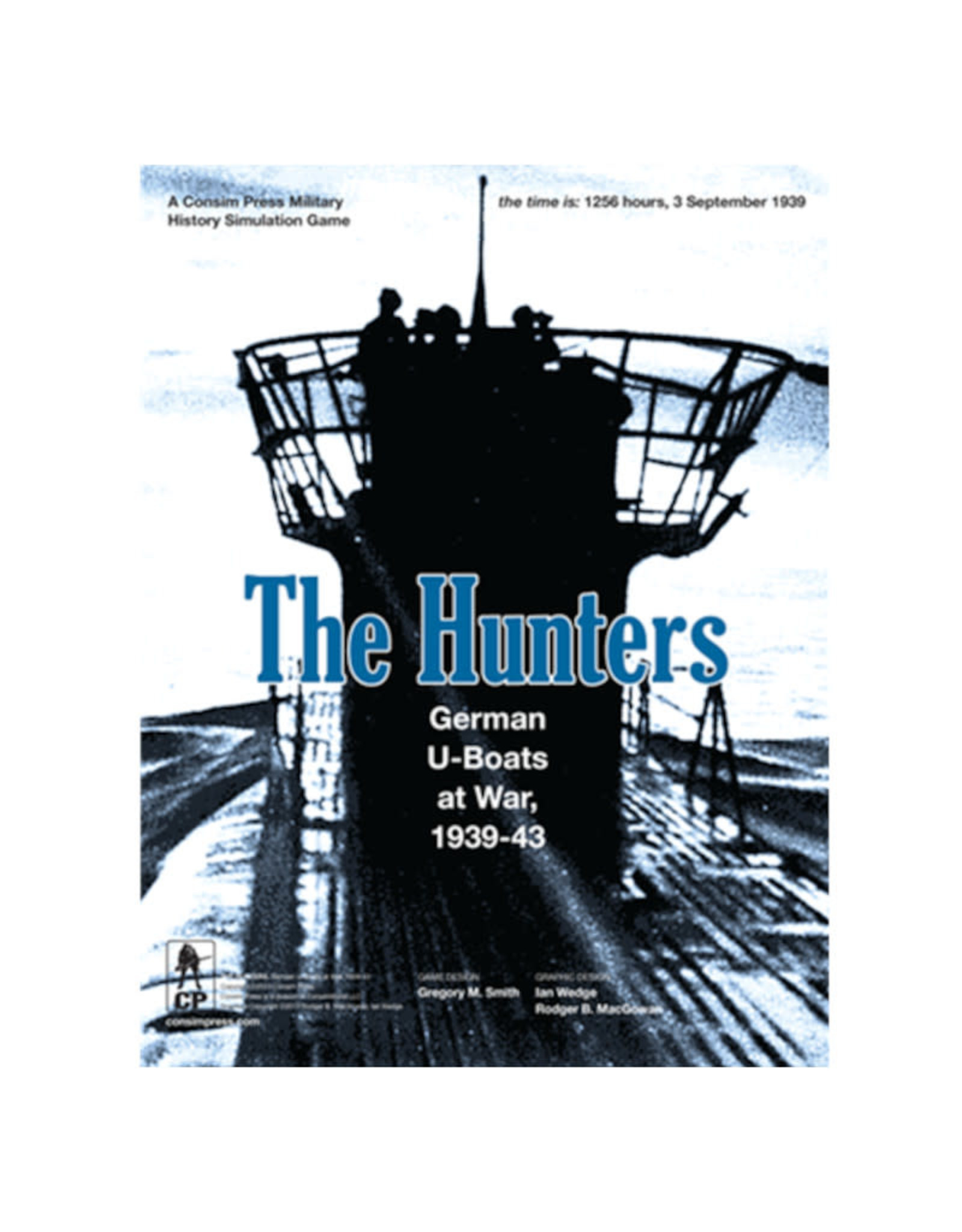 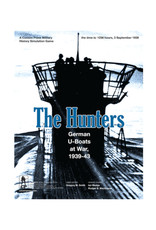 "Hostilities with England effective immediately."
the time is: 1256 hours, 3 September 1939

The Hunters is a solitaire tactical level game placing you in command of a German U-boat during WWII. Your mission is to destroy as much Allied Shipping and as many Capital ships as possible while advancing your crew quality and increasing your commander rank culminating in special decoration ‒ all while remembering you have to make it home.

The Hunters is purposely designed to deliver a brisk yet intensive gaming experience that forces many decisions upon you as you will take command among the major German U-boat models in service during WWII, and try to complete an entire tour. If you ultimately survive all patrols from 1939 to 1943, you will be transferred to the U-boat Training Command for the remainder of the war, having successfully carried out your service for the Fatherland.

Those familiar with the classic Avalon Hill game title, B-17: Queen of the Skies, will come to enjoy the same type of gaming experience of the German U-boat War. All major U-boat models are accounted for with every level of detail including period of service, armaments, crew make-up, damage capacity, and more.

As U-Boat commander, you will be confronting many decisions during your patrol. To begin with, eight German U-Boat models are profiled and available for you to choose from. Patrol zones reflect the time period during the war at sea and will shift as the war progresses. All stages of the U-Boat campaign are represented as missions become increasingly more difficult as your adversary makes advances in anti-submarine warfare.

Conducting patrols is the heart of the system as you will be resolving encounters against individual ships, convoys, or even enemy aircraft. Situations you face and decisions you make suddenly come in quick succession:

The major German U-Boat models are represented and accurately profiled for the patrols you will undertake:

The game delivers an historical narrative as 350+ ship targets are uniquely identified (including tonnage) with their historical counterparts that were sunk during the war, including freighters, tankers, and American ships.

You are the Hunter -- but also the Hunted. Will you successfully carry out your patrols, advance your crew status, and ultimately be promoted and retire following a successful tour of duty?