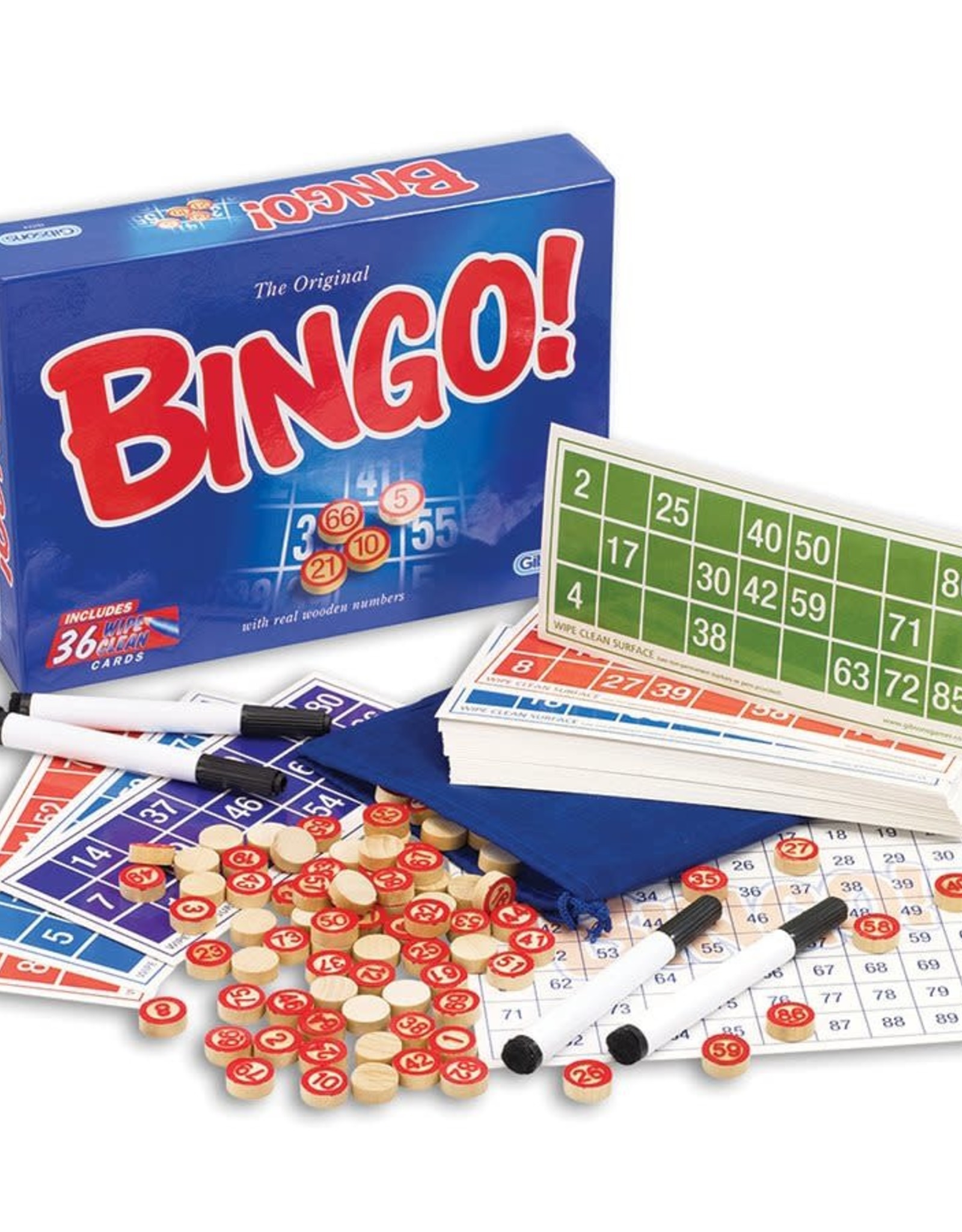 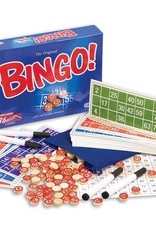 The fast paced game for all the family includes wipe clean cards and pens. This Bingo set also includes real wooden numbers and a handy cloth bag. Up to 36 players age 7+ Each player’s bingo card features three lines with five numbers on each line. When the game begins numbers are selected randomly from the cloth bag included in the set. In some games the numbers are called in digits and then the number, for example, “3 and 5… 35”. Or, to spice up the game use “bingo lingo” for example, “Jump and Jive… 35! Players look on their card to see if they have the number that has been called. If they do then they mark it using the wipe clean marker pen or ‘dabber’. In 90 ball bingo there are three ways to win. The first way is to be the first player who marks one line of numbers, the second is to be the first player who marks two lines of numbers, and the top prize is given to the first player who marks off all three lines of numbers – known as a full house. The winners make a claim by shouting “Bingo!” or “House!”