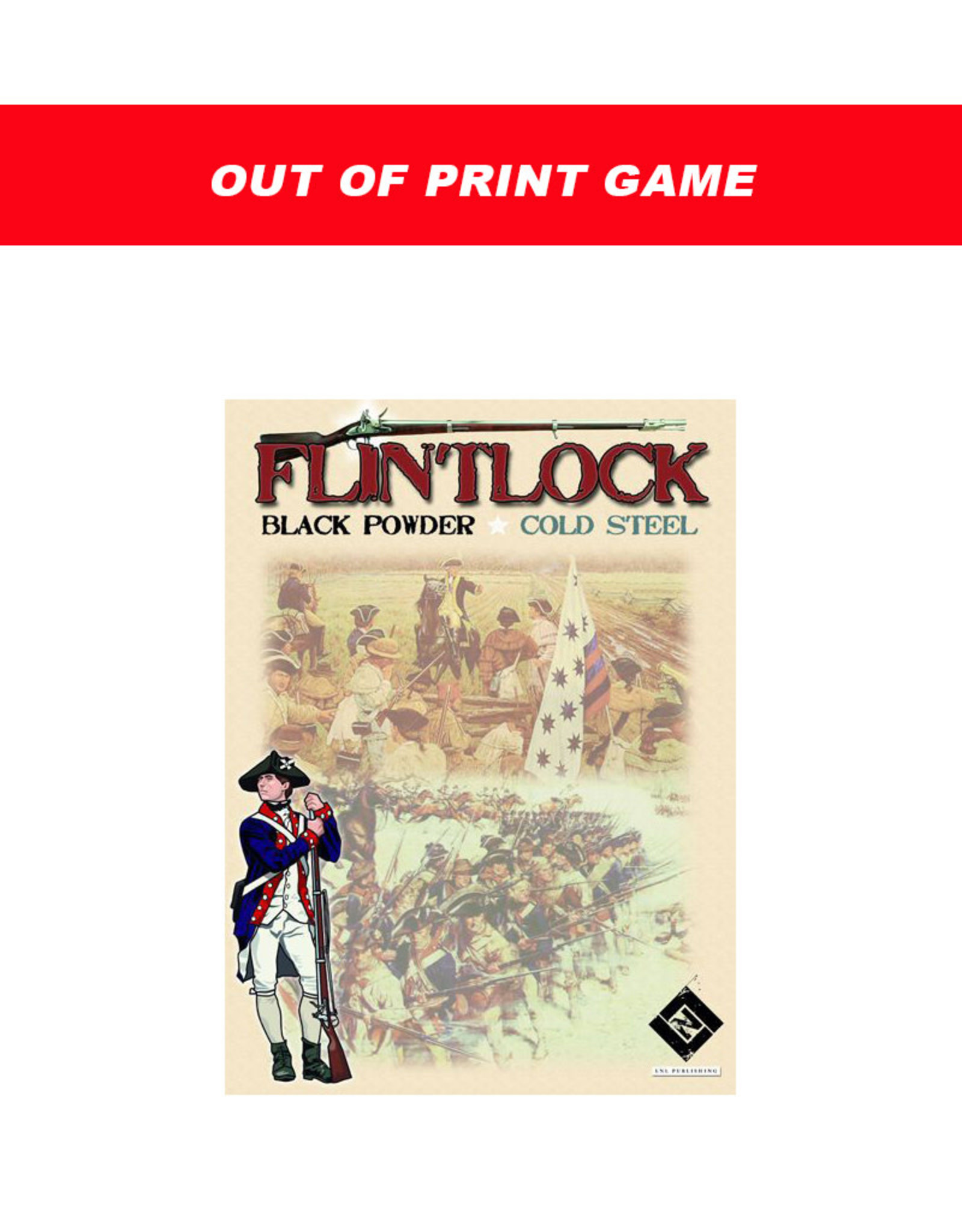 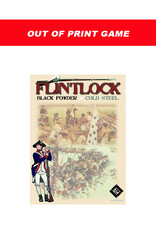 Flintlock is a company-level American Revolution gaming at a scale of c.50 yards per hex and about 50 men per counter/unit. The system emphasizes the limits of command, training, and discipline, all in the milieu of the very linear style of warfare in the pre-Napoleonic era. In addition, it uses a most unusual set of mechanics for resolving shock combat. Will you have your troops go into close order, or spread out for better fire possibilities? What are the pros and cons of the rifle-armed American militia? Can your dragoon forces exert any influence?

Flintlock is designed for quick learning and easy play. Game rules are short, but they cover almost every aspect of battle at this micro level. Playing time is less than 2 hours.

The battles chosen highlight small unit tactics in the grueling Southern Campaign, where both sides had ample opportunities to watch, learn and practice, with an emphasis on Formation. Some of the great commanders of the war, from Nathanial Greene and Daniel Morgan to Lord Cornwallis and the infamous, but capable, Banastre Tarleton are in full action.

The Scenario/battles, all (well, most) with armies of one or two thousand men, include: