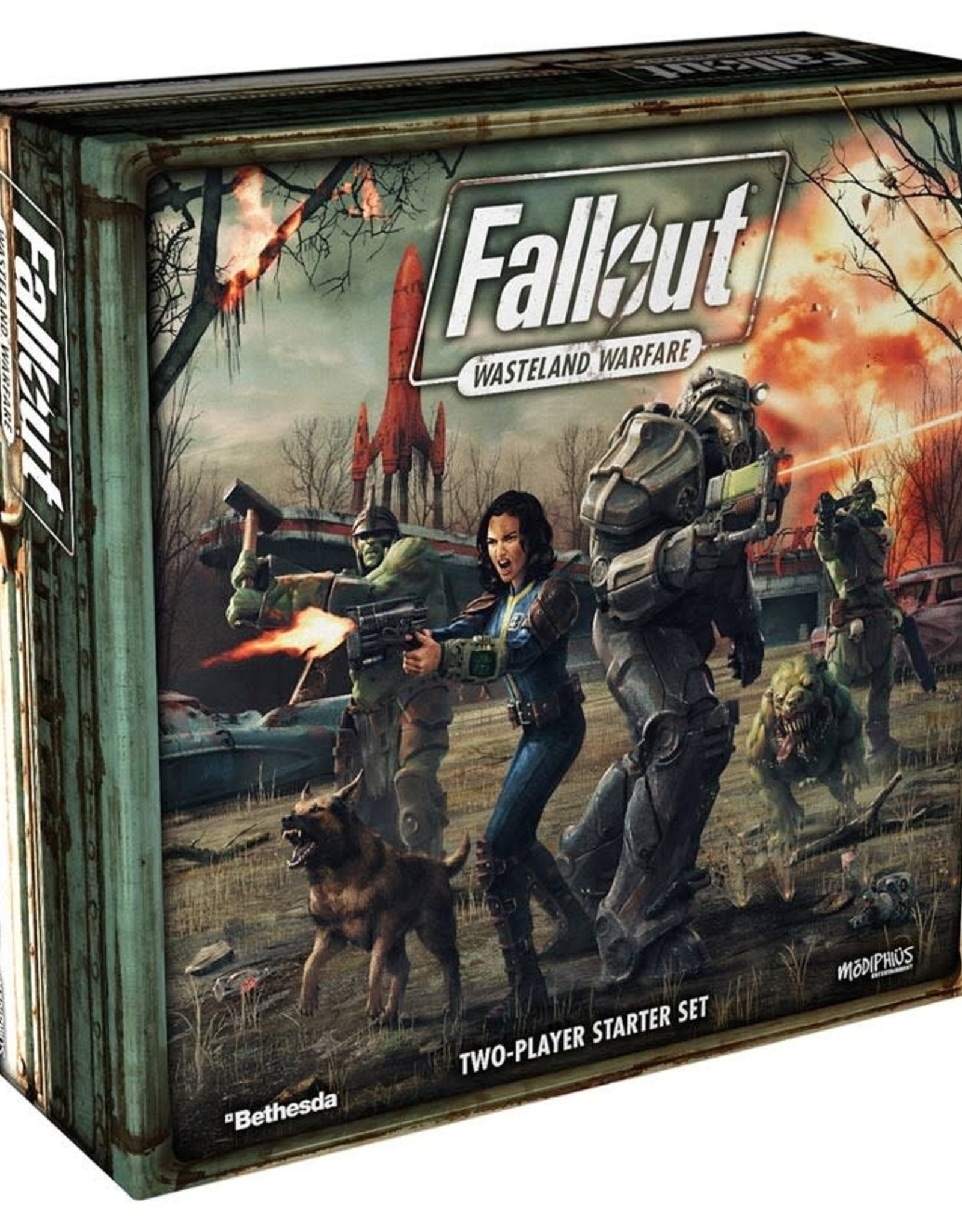 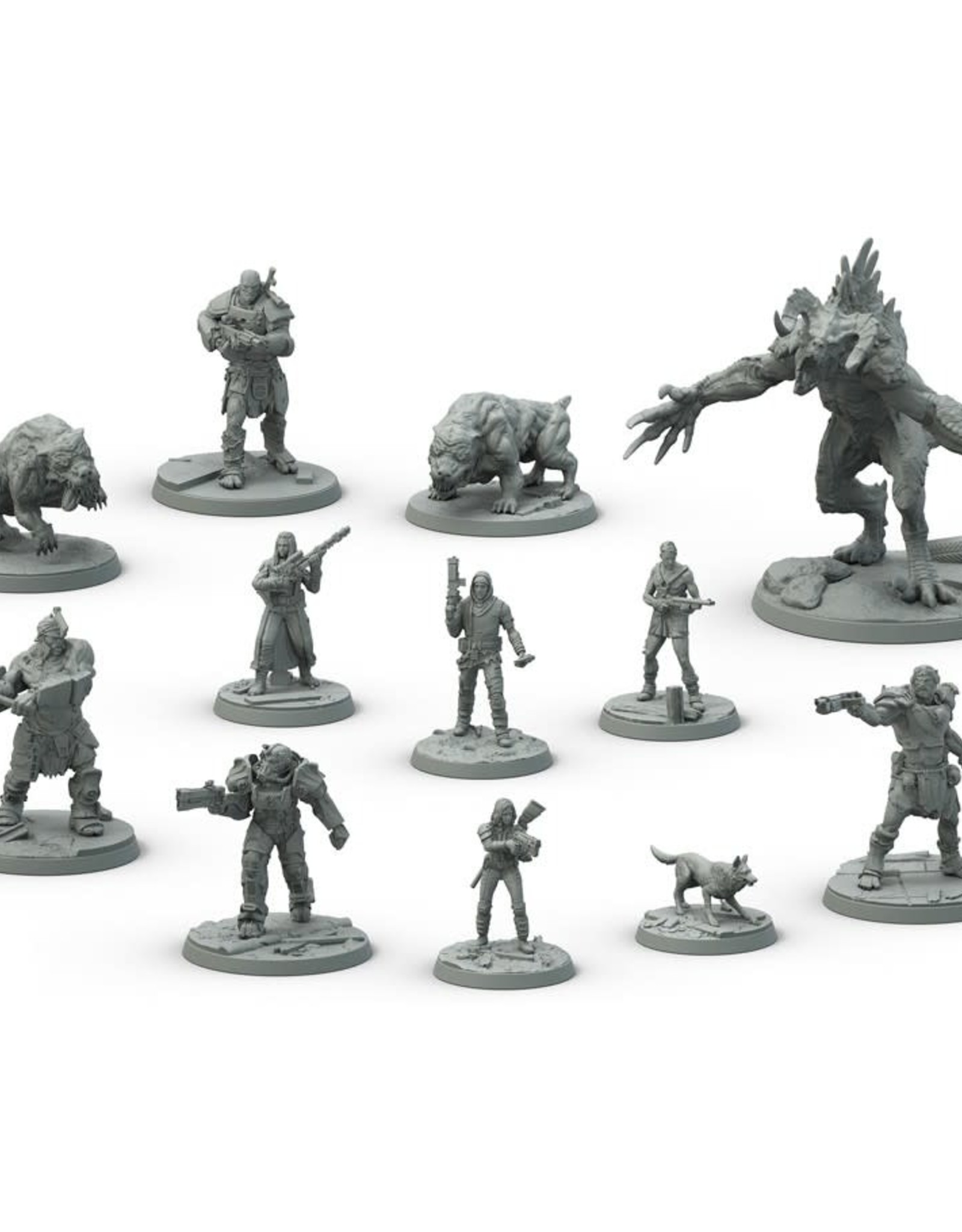 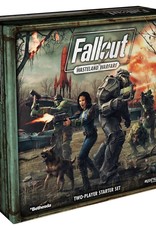 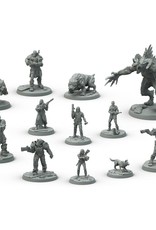 WARGAMING IN THE WASTELAND! This two-player starter set in pre-assembled multi-part colored PVC is all you need to start playing and includes rules for solo & co-op play!

In Fallout: Wasteland Warfare players will build their own crew from a wide range of factions, allies and iconic characters from the Fallout series, and play in apocalyptic games of 3 - 30 high quality 32mm scale miniatures through a huge variety of iconic scenery and settlement buildings, from the Red Rocket to Sanctuary Hills, Nuka-Cola vending machines and wrecked cars. Pick units or characters to be Heroic giving them access to V.A.T.S bonuses and then select a Leader who can gain Perks and other abilities to support your crew. Develop your settlements buildings, defenses and resources which impacts your crew’s army list and abilities in the wasteland.

Fallout: Wasteland Warfare will include narrative campaigns as well as standard caps based battles. You can also start a random mission with narrative-style objectives, search the wasteland for gear, weapons or caps. Caps recovered in missions can be used to improve the crew’s perks, weapons, gear, and upgrades for the next encounter. Gameplay supports either Player vs. Player, Co-Op or Solo play.