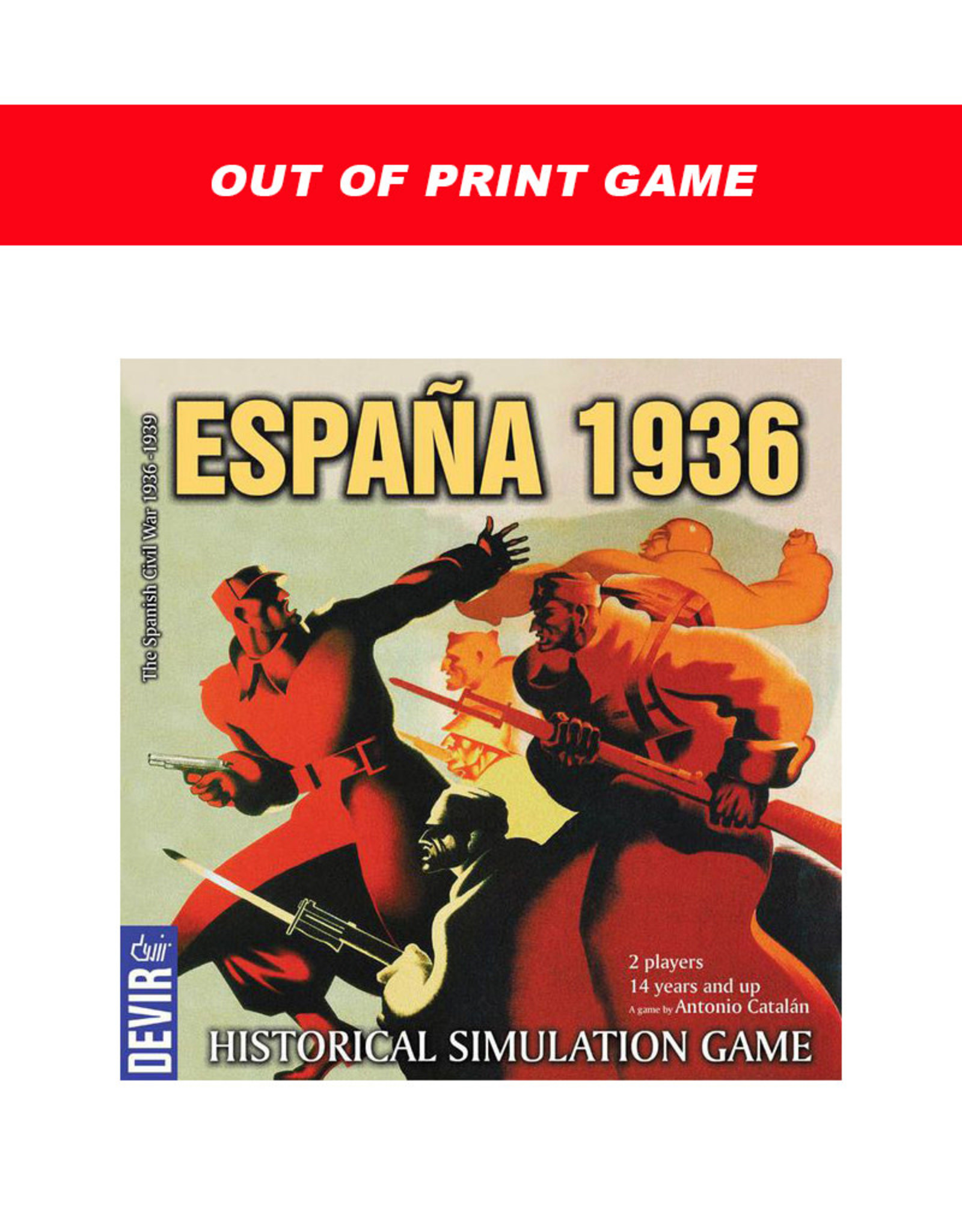 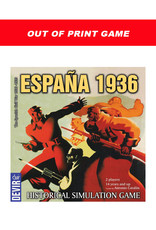 Espana 1936 is a strategy game simulating the conflict that took place in Spain between 1936 and  1939. The Spanish Civil War as it was called, was a dress-rehearsal for the weapons and tactics used in World War II. The Conflict pitted the left-learning Republicans supported by Western democracies such as France and Britain, against right-leaning Nationalists, led by General Franciso Franco, who were supported by Nazi Germany and Fascist Italy.

This game is played on a board depicting Spain and divided in connected zones, with counters at operational level. It has cards to develop the events of the war and to modify decisive battles. It does not have any CRT, and the combats are simple but real for the conflict. The turn and the combats are alternative, which creates a great interaction between the players. Thought for beginners and experts alike.

The game is a medium weight war game, but students of history will enjoy its sophisticated modeling of  the importance of mobility in the war.