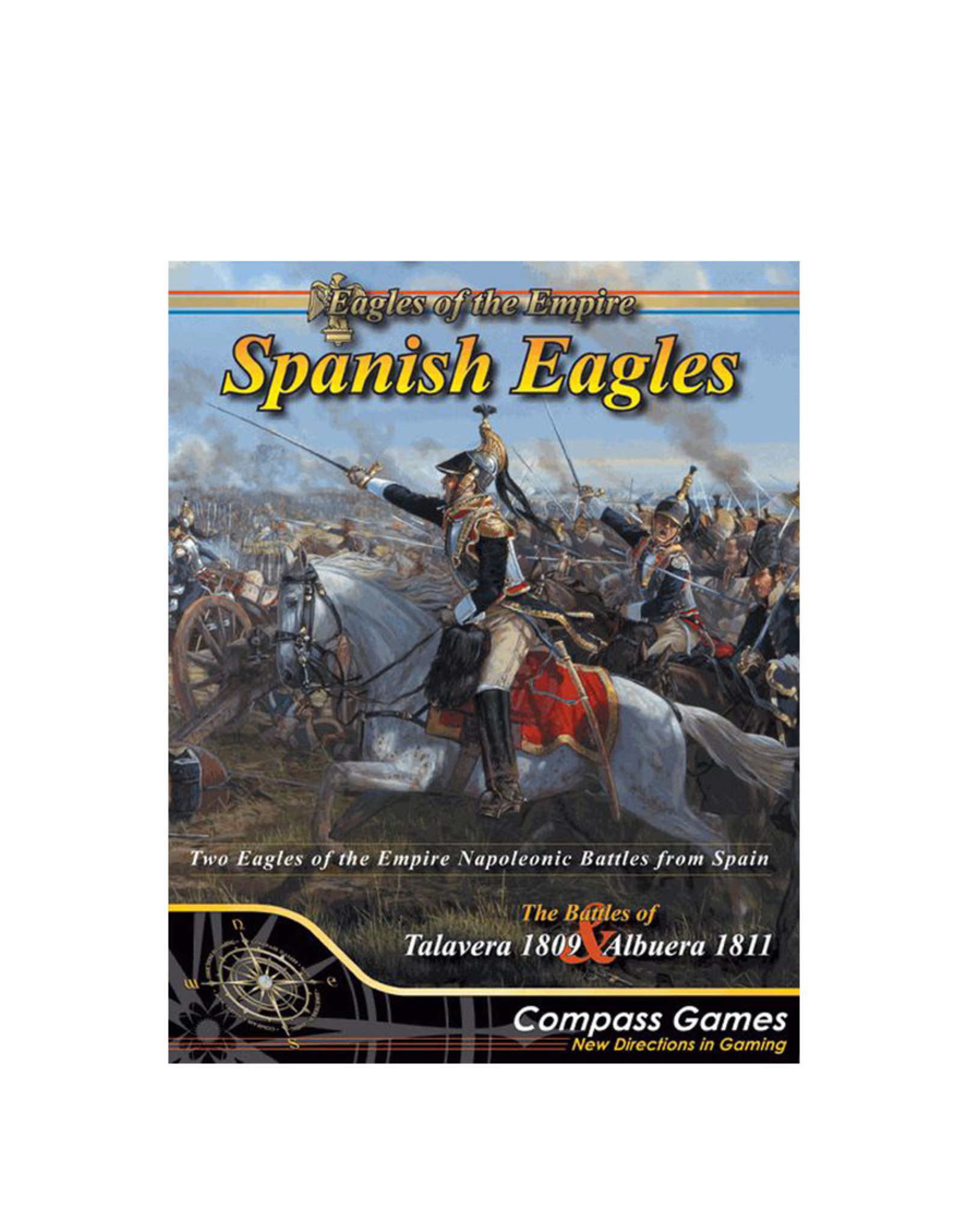 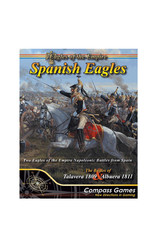 Eagles of the Empire: Spanish Eagles (Out of Print), a Historical War Game on Two Battles in the Spanish Campaign of the Napoleonic Wars 1809-11 (Compass Games)

Featuring two complete battles of the Peninsular War, Talavera and Albuera, each with an alternate set-up possibility.

Eagles of the Empire is a game system that portrays the military engagements of the Napoleonic Era. Players assume the role of the army commander of a major national or allied army of the period.

The map is divided into areas that channel unit movement as dictated by the terrain. Units represent infantry divisions, artillery batteries and cavalry regiments. Leaders play a key role, activating formations and leading them into action.

The game has been resized to accommodate 1.3 x .65 inch counters, but retains the scale and intense terrain portrayal for which the series is known.