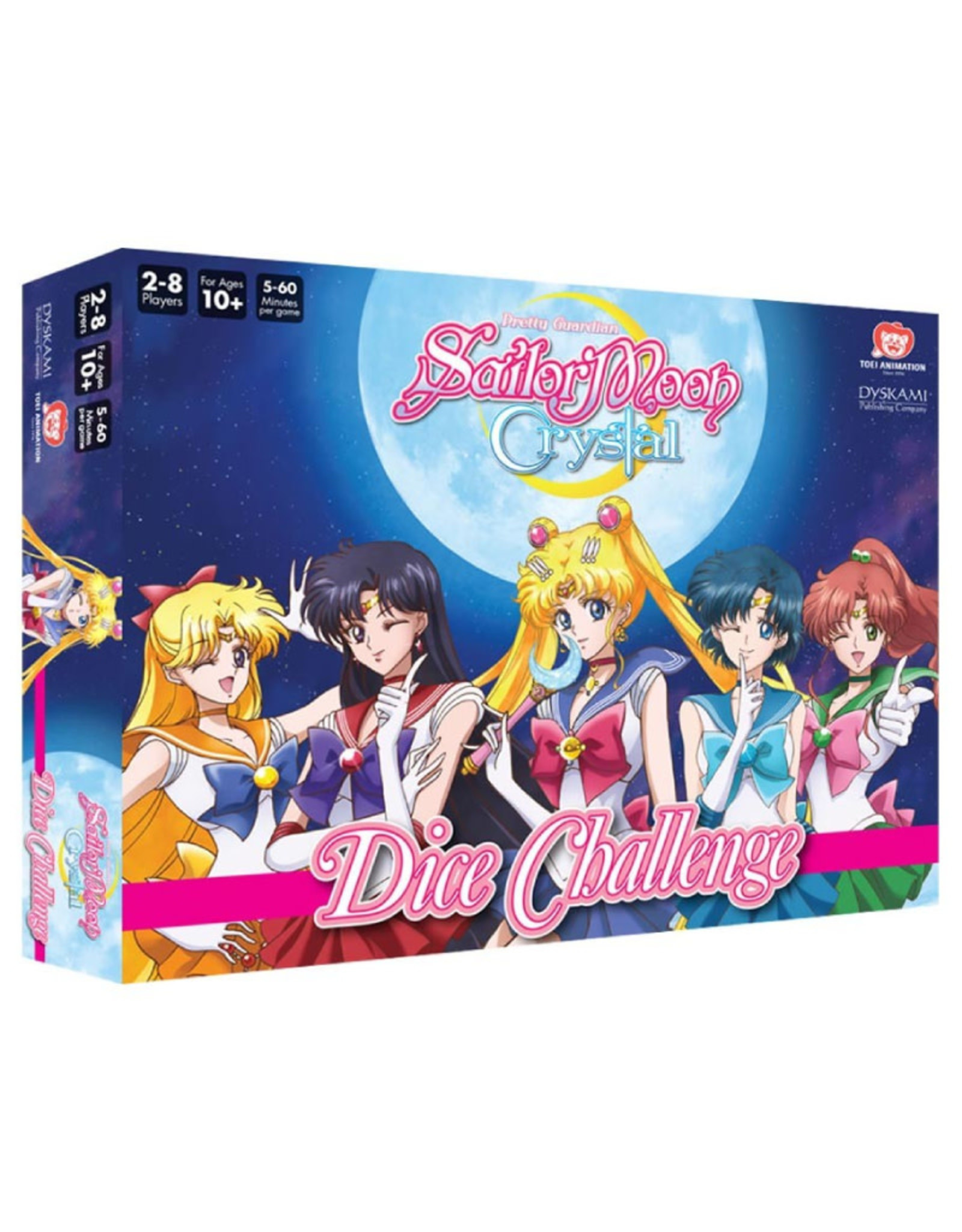 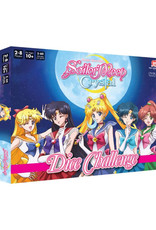 Welcome to a dice battle game based on the ever popular Japanese anime series, Sailor Moon Crystal! The Pretty Guardians and their allies need your help to defeat the Dark Kingdom and the Black Moon! Square off in one-on-one dice battles or team up for larger action! Each player selects one of the 24 included Sailor Moon Crystal series characters to battle in several rounds of combat. Players roll a number of polyhedral dice and use the numbers rolled to capture the opponent’s dice and gain points. The winner gains a victory point while the defeated character powers up and becomes an even stronger opponent! The first person to win three rounds wins the game. There’s also the option to battle in teams (3-8 players) or in a tournament with an unlimited number of players at an anime/gaming convention or at local game stores.