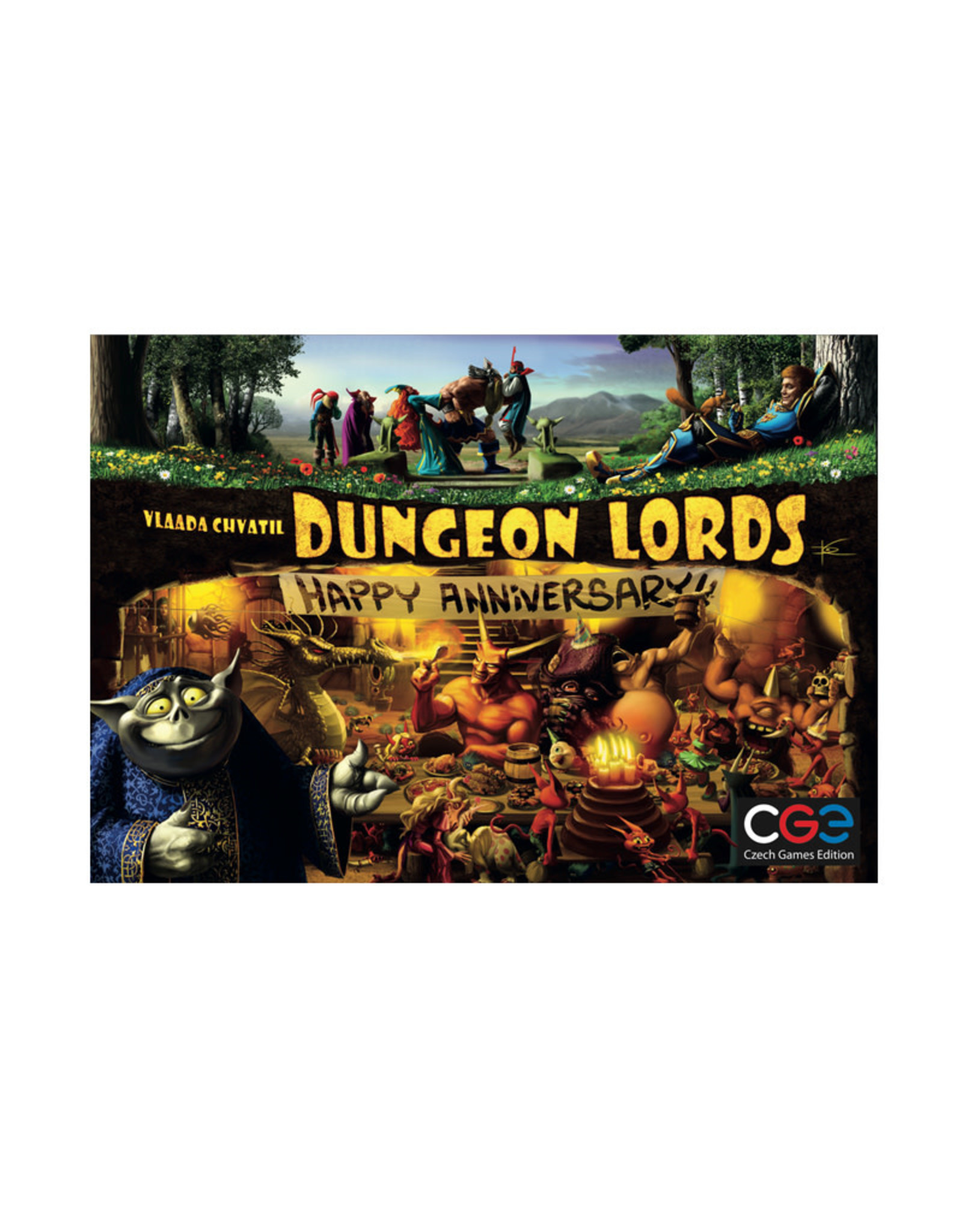 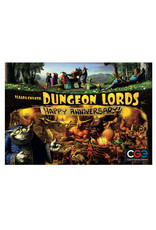 Dungeon Lords: Happy Anniversary is the anniversary edition of the board game Dungeon Lords, and includes (a) the base game, (b) the Festival Season expansion, and (c) the Dungeon-Set-Up mini expansions, PLUS lots of other extra material.

In Dungeon Lords, players take up the role of a dungeon lord, who is trying to build the best dungeon out there. Hire monsters, build rooms, buy traps and defeat the do-gooders are all part of the job.

The game is played over two years of dungeon time, and every year consists of 4 seasons (or turns). During each turn, players will send out their workers to prepare their dungeon for the visiting adventurers. Each adventures will be allocated to a specific dungeon, depending on the level of evil of its Master, and at the end of each year, the heroes will explore the dungeons. Scoring in the game is based upon what the players have built, which monsters have been hired and which heroes have been captured.