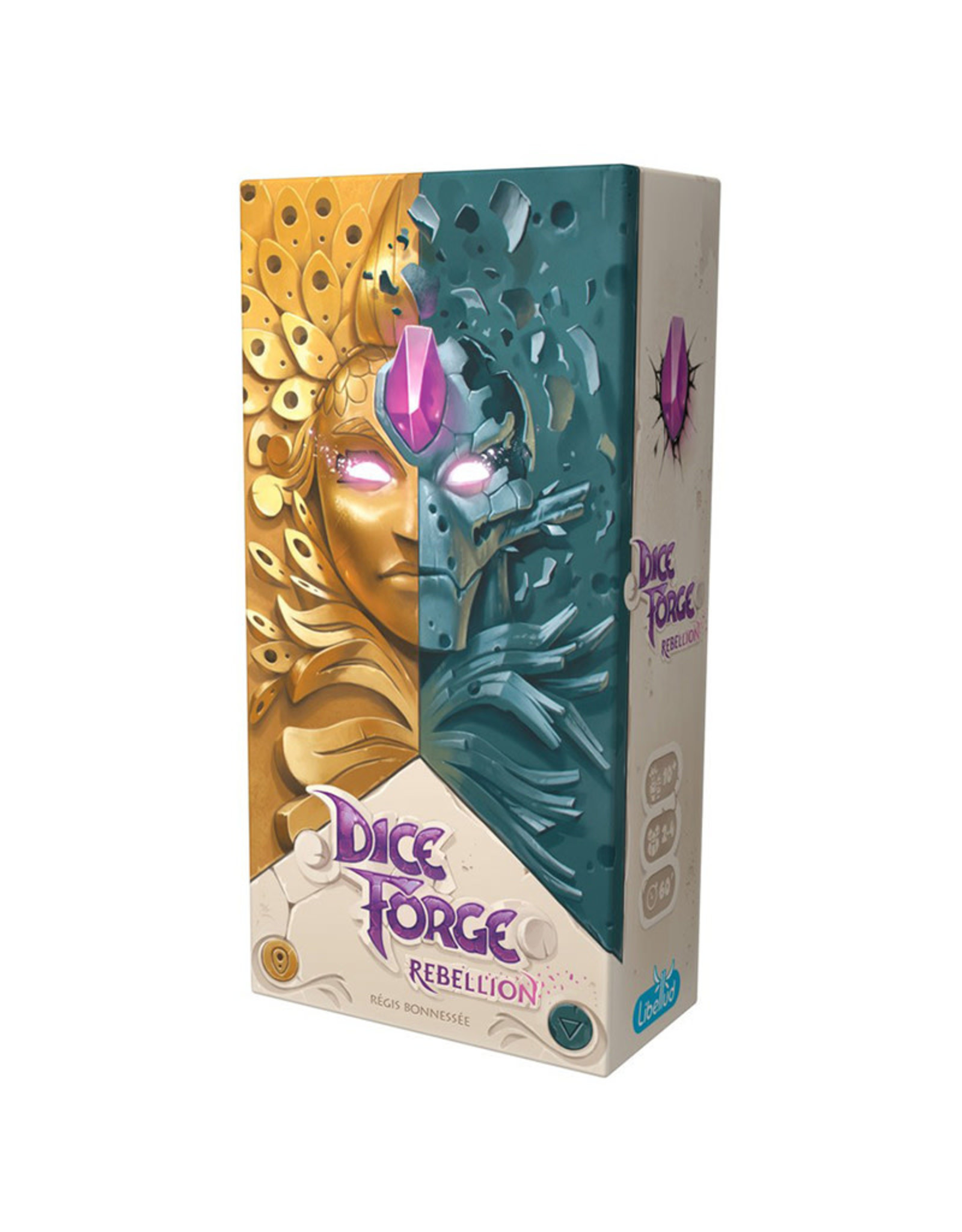 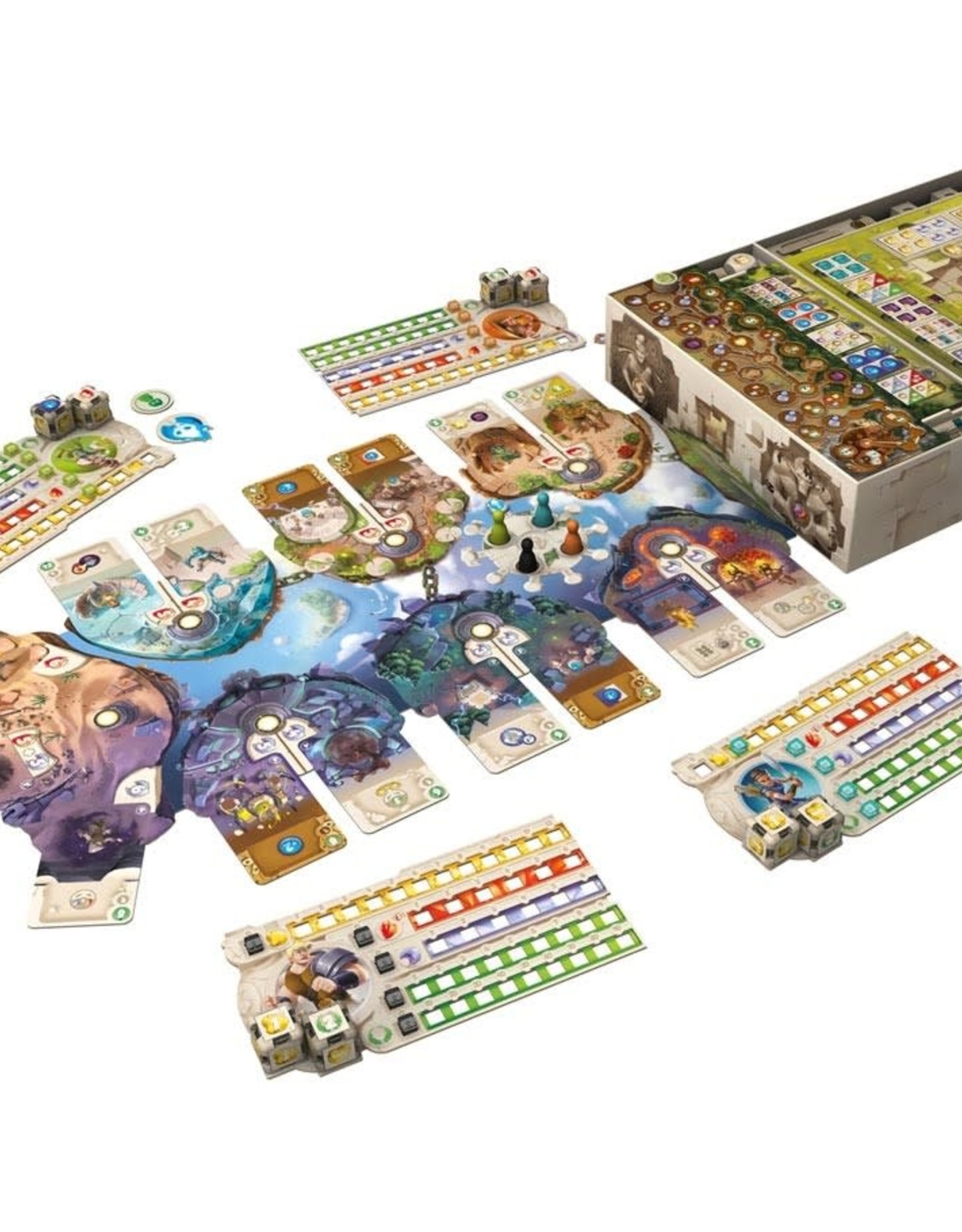 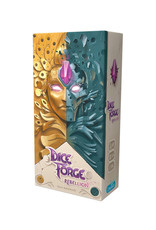 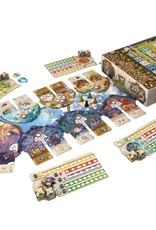 Welcome to the second edition of our legendary tournament, hero! Your courage, wits, and dice will be your best allies to face the new challenges of the gods... and of their rivals! The Dice Forge: Rebellion expansion includes new die faces and 120 new Heroic feat cards. Two optional modules, the Labyrinth of the Goddess and the Revolt of the Titans, feature alternative starting setups and new mechanics.

With the Goddess Module, a mighty goddess dictates new rules to the other gods. She gives you a golem that will allow you to wander through her labyrinth and collect wonderful rewards. Join her to be covered with glory, but make sure that you don’t forget the other gods!

With the Titans Module, the tournament is disturbed by the return of the original masters of the sky. The titans offer you their power to turn you away from the other gods. The time for revolt has come. To whom will you give your allegiance?

This product is an expansion: Dice Forge base game required to play.